BREAKING
Israel-led Team Solves Mystery Why Lightning Strikes Fewer Times Over The Ocean...
Tourism In The Holy Land Is Soaring Back Up To Pre-Pandemic Highs
Lapid Speaks Directly To Palestinians—Offers Them “Another Way” Out Of The Ongoing...
Home News Jerusalem Gears Up for Pride Parade

Jerusalem Gears Up for Pride Parade 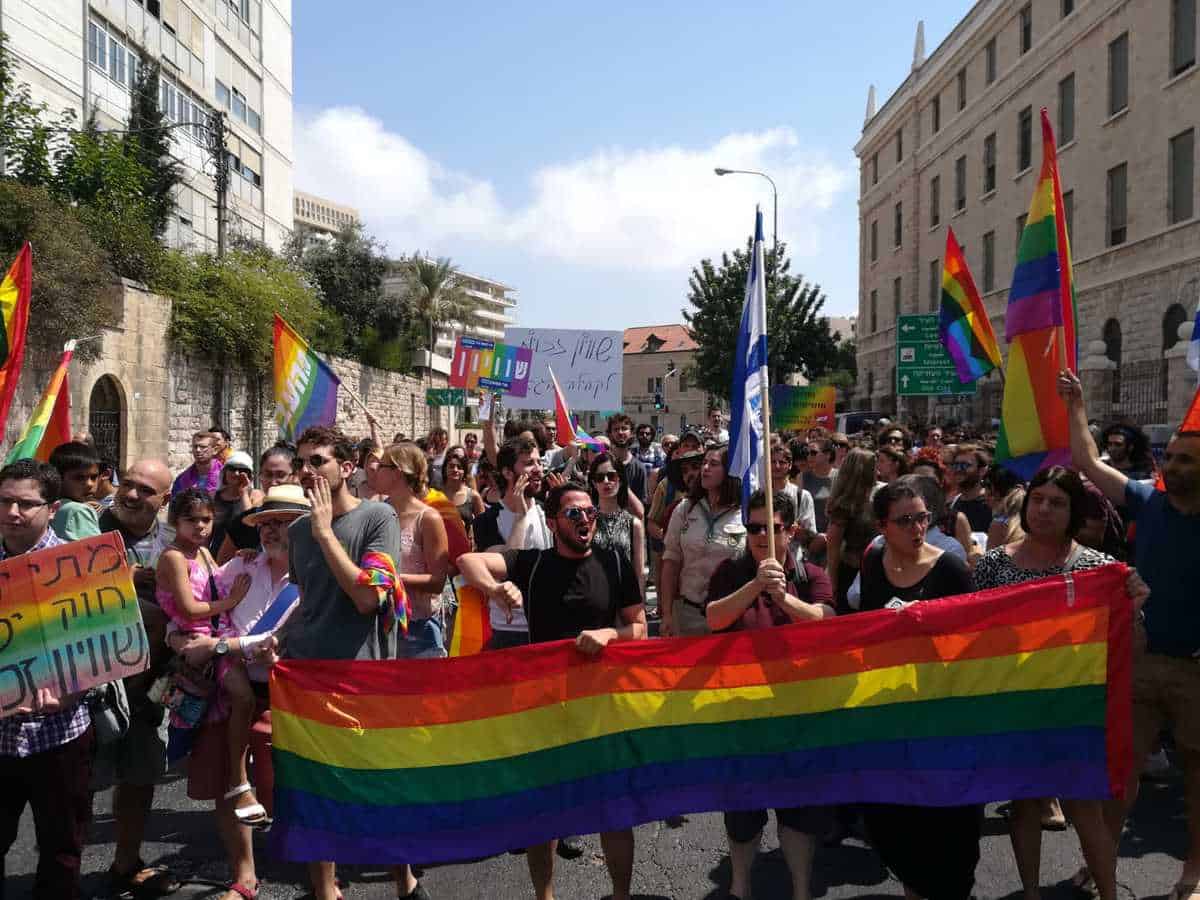 Some 2,500 Jerusalem police officers began deploying Thursday around downtown Jerusalem to secure the city’s annual March for Pride and Tolerance and rainbow flags were hung along the parade route, scheduled to be held this evening. The march is expected to draw about 30,000 participants, which would make it the biggest to be held in the capital to date.

Despite the large expected turnout, the Jerusalem pride parade has traditionally prompted condemnations from religious leaders who object to a parade emphasizing sexual identity being held in a city considered to be sacred by all three monotheistic religions. The event also has a history of violence: In 2015, Yishai Schlissel, an ultra-Orthodox Jew, went on a stabbing spree at the march, killing 16-year-old Shira Banki and wounding five others.

Schlissel had been released from prison shortly before the 2015 event after serving a 10 year sentence for stabbing three marchers in the 2005 Pride March. The police’s failure to prevent Schlissel’s second attack, despite the killer’s declared intent to strike again, was seen as a massive lapse in security.

In addition, Lehava, a more extreme and sometimes violent group that also acts to prevent fraternization between Jews and non-Jews, has also announced a protest against what they refer to as the “abomination parade.”

Ahead of the parade, groups of Orthodox rabbis traded barbs about the event. In mid-July, some 200 rabbis representing the ultra-Orthodox wing of religious Zionism, including Kiryat Arba Chief Rabbi Dov Lior, Tzfat Chief Rabbi Shmuel Eliyahu, prominent yeshiva dean Rabbi Shlomo Aviner and Rabbi Yigal Levinstein, a co-head of the Bnei David pre-military academy in Eli who has in the past described homosexuals as “perverts” who are “infiltrating the military.”

“(Gays are a) verbally violent group that are trying to legitimise homosexuality and force others to recognise the validity of (same-sex) couples starting families… (they are) spearhead(ing)  the attempt to erase Israel’s Jewish identity, the missive said.

“In reaction to the missive, some 50 modern Orthodox leaders distanced themselves from the statement, denouncing the first group for for sowing intolerance and possible violence via the use of “hurtful words… directed against human beings created in the image of God. The modern Orthodox leaders also criticised their colleagues for violating the Talmudic dictum instructing rabbis to “be very careful with your words.”

“We must protect the children of Israel, and thus we must guard all children suffering from the violence which is given support and justification every time they are called ‘abnormal’ or ‘sick.’

“The breakdown of the family in our era troubles us as well, and therefore it behooves us to support every child and not to determine, without any basis, that a child’s life will be ‘miserable’ because of the sexual identity of their parents,” the opposition letter said.

“The march in Jerusalem, in my eyes is the most moving one in the country. Instead of a giant party, it is a display of solidarity between so many different groups, especially religious supporters,” Tchelet Zohar, a Jerusalem-based religious artist and member of the LGBT community told Tazpit Press Service (TPS), adding “that is why it is called the March for Pride and Tolerance – because it reaches much farther than the LGBT community. It reaches all those who sanctify life and love over separation.”