BREAKING
Lay Aside The Old Self
Ben And Jerry’s Staying In Israel, But Founders Aren’t Doing The “Chunky...
Israel Has a New Prime Minister
Home Articles Jerusalem Religion and History Share a Common Thread 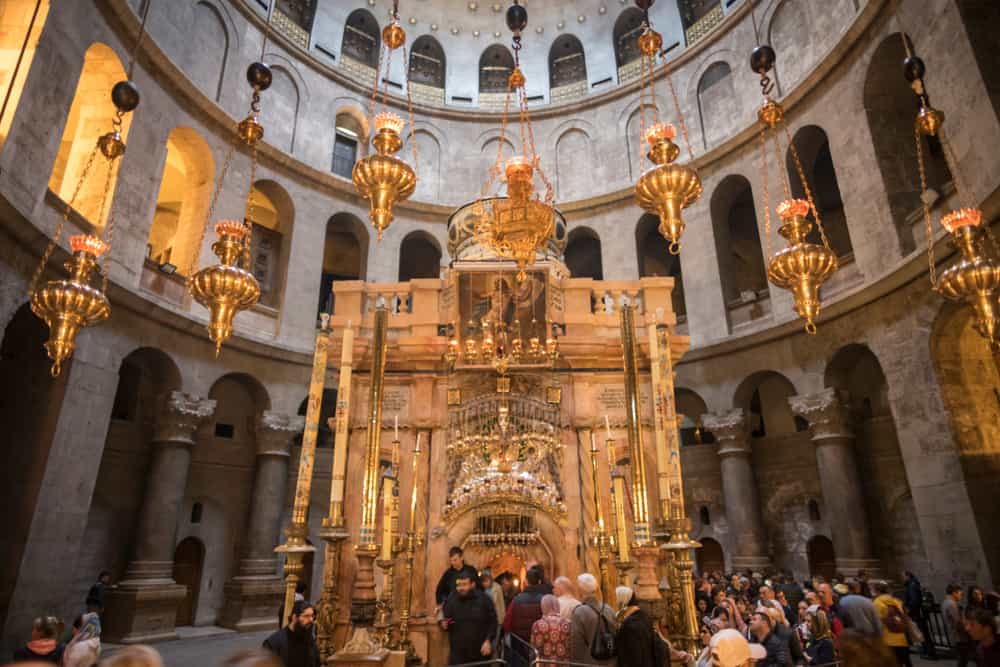 From the meeting of Abraham and Melchizedek, to the Israelites moving into the Promised Land, until the Second Coming of Christ, one city seems to always turn up; Jerusalem. Today, this capital city, the size of San Francisco, is home to about 920,000 residents (San Francisco has 850,000). The nation, Israel, God’s chosen people, has been the topic of many headlines – both good and bad. For Jerusalem religion has been a major stumbling block. Three religions consider this land sacred: Judaism, Christianity, and Islam.

Jerusalem Religion of the Past

Known as “The City of David” around 1000 B.C.  This city was first known as Salem. It was first mentioned when Abraham met the “Priest of God Most High,” and king of Salem. It obtained the surname, “The City of David” after he conquered the land and was anointed king of Israel. He established Jerusalem as its capital city. The country would eventually split into two halves after the reign of Solomon, David’s son, when the country would not follow Solomon’s son Rehoboam. The two halves were; Kingdom of Israel to the north, and the Kingdom of Judah to the south, which included Jerusalem.

Through the centuries, Jerusalem saw many battles that regularly brought about a change of authority. They saw the destruction of their temple, then its rebuilding, and then the destruction of another temple. While politically based, much of the separation was due to Jerusalem religion – the worship of one God, and a polytheistic belief system that other religions consisted of.

Jerusalem comes up again in the days of Jesus. He was born in Bethlehem, 5 miles south of Jerusalem. He grew up around the area; Bethlehem and Nazareth were major towns around Jerusalem. When Jesus conducted His ministry, He made His way to Jerusalem. He knew its past, saw its present, and understood its future. He knew that in just under 40 years (70 A.D.) the entire area was going to be decimated by the Romans. He wept over the city, knowing what it was about to go through.

From the time of Jesus until the 1940s and the World Wars, the nation of Israel was always changing leadership, being taken over by other nations and religions. After the Second World War, Israel was placed in a unique situation. It was able to be sovereign. But with internal war, was once again separated as Judah and Israel. It was not until 1967, during the Six Day War, when Israel was reunited, and Jerusalem once again made the central capitol.

In 1980, a decree was made that stated that Jerusalem religion was not defined by one sect or creed. Each Jerusalem religion would see the same protection from the state. Remember, Israel consists of three religious views; Judaism, Islam, and Christianity. But while each is accepted on paper, the divisions could not be more fragile. Especially when it comes to land, and what each religion declares as its own. Fighting of disastrous proportion continues today over three lands in particular; The Gaza Strip, Golan Heights, and The West Bank.

Jerusalem continues to grow today, namely the country in which it resides. On its 71st anniversary, the population of Israel topped 9 million, nearly one million residing within Jerusalem itself. As for Jerusalem religion totals; most of the population declares Judaism. The next group being Islam, and the smallest is Christianity. We may not fully understand, because we associate Jerusalem with Jesus, and thus Christianity. But Jerusalem is populated with Jews, holding to traditional values. These values do not accept Jesus as the Christ. They are still waiting for The Messiah.

Jerusalem of the Future

That point takes us into the future of Jerusalem religion. The Bible speaks heavily about the future of this most important city in history. It is sad that His chosen people do not accept Him. But their lack of attention is our gain. For if you are not Jewish, you are considered Gentile. And with the Jewish rejection, it opened the door to God’s plan of salvation for all. In the same verse in Luke 19 we read earlier, and also in Romans 11, the Bible outlines that Israel is purposely blinded so that the fulfillment of a path to salvation to Gentiles can be extended.

In the end, something occurs that helps lift the blinders that were placed on the Jews. They will see their error and accept Christ as The Messiah. This is merely just one of the future events, considered end time prophecy, that will occur just before Christ’s Second Coming. Another is that Jerusalem will see a boom in population, as we learned above. The most expectant prophecy is the rebuilding of the temple.

The city of Jerusalem itself is the final example given to believers about Heaven. This is where the speculation arises as to the when, how, and which order. The main thrust is pre-tribulation and post-tribulation, but all these events are going to occur. And Jesus is going to return. It matters little as to when the final battle for Jerusalem happens, but that it will happen. Those living in the area, and eventually those living outside of the area will experience the ramifications of war on those who call themselves Christians. But God wins, and Jerusalem is restored. Revelation 21 is the culmination of the renewal of Heaven to those who believe.

Jerusalem religion battles have in some fashion always existed. We all have our views and we all would stake our very life on those beliefs. These disagreements and fightings will continue until Christ returns and calls us Home. Each of us must stand firm. Each of us must be prepared. The Bible does not teach us that once we accept Christ that our life will be easy. In fact, it teaches the very opposite. But just as the disciples rejoiced in their suffering because of Jesus, Paul rejoiced in his suffering for Christ, and we should share in that joy in the eternal hope we will receive.

Jerusalem is a unique city. It is the pinnacle of all past, present, and future events of the entire world. God has a plan. Jerusalem’s prophetic destiny, not Jerusalem religion, is the key to it all.

His love and passion for all people began with a heart for one nation. And praise be to God that He chose to extend that promise to each of us. And His love for us extends beyond all time, all land quarrels, and all Jerusalem religion disputes. Let us pray for Jerusalem and other nations that do not see, that they WILL see that their religion and history all point to Jesus.