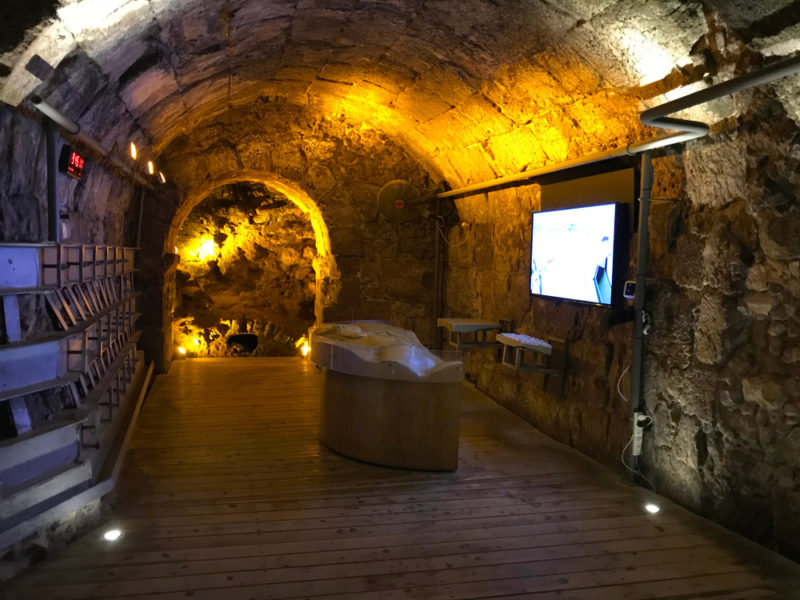 The Western Wall is a landmark that defines a people. The Western Wall, also known as The Kotel, makes a powerful statement to a fallen world. It is huge, sacred and it is the only remaining standing wall of the 2nd Temple. This was the wall that was located the nearest to the Holy of Holies. That is according to the Mishna (the first written transcript of the oral Torah). This fact alone has enabled it to become the main focus and place for prayer for Jews throughout the world. Their ‘crying out to God’, is a testimony and demonstration to us all of devotion and commitment to God.

“…King Solomon conscripted to build the Lord’s temple, his own palace, the terraces, the wall of Jerusalem, and Hazor, Megiddo and Gezer.” (1 Kings 9:15)

Although it is agreed that Solomon built the first temple. Following its destruction, construction began around 516 BCE on the second. However, it was Herod The Great who totally refurbished the second temple bringing about the magnificent edifices and facades that we all recognize today. The second temple lasted for 585 years (516 BC – 70 CE), until it was destroyed by the Romans.

The last standing wall has been a site for pilgrimage since that time. The 187 foot wall is overwhelming. Stretching up from the sacred ground, it beckons to millions each year to come forth and to offer up prayers.

The Western Wall is unique and incomparable to any other structure or synagogue in the world. Nearby is the remains of Solomon’s palace and stables. He completed the first temple, what his father, King David could only dream about…Whenever Jews pray silently, no matter where they are in the world, they pray in the direction of The Kotel. Whilst the area appears busy and noisy as times, you cannot help but feel privileged to be able to stand in this place, to witness what is still represents today, thousands of years later. 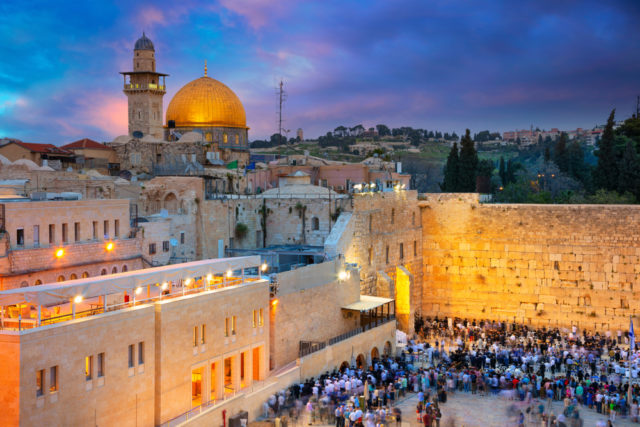 Looking across the skyline, you feel compelled to share in the experience somehow and you begin to get a real sense of the importance of The Western Wall. As you make your way through the tunnels and visit the strategic places where Jesus and his disciples visited and where Jesus himself was condemned, the spiritual significance of this entire area begins to reveal itself more and more.

The agreement of so many voices ringing out and crying unto God in unison is impactive. Whilst many split hairs as to what is the right way to worship, we must never forget this one fundamental fact – that it is the ability to worship God that is important…

Below the Western Wall is a series of tunnels called The Western Wall Tunnels, hidden under layers of the wall they convey the story of ancient Jerusalem like no other. Here you will see spiritual landmarks come to life i.e the place where Jesus as a child took Passover as described in the 2nd chapter of the Gospel of Luke vs 46 where Jesus conversed with the Elders.

You will also see first hand the very place where St Peter healed a beggar and of course the famous confrontation that Jesus had in later life with the money changers at the temple, all this and more is part of the tour. Whilst the tunnels are like a series of arched tunnels that separated the rich from the poor, they had an important function and were structured in such a way to support the streets above and indeed they still hold up the Muslim quarter today!

The Praetorian still exists in the tunnels and this is powerfully significant to Christians. This is the actual place where Jesus was condemned by Pilate. It is at the beginning of the Via Dolorosa. Visiting Jerusalem is not just another vacation, it is an experience – one that you will never forget.

Nice Touch! Western Wall Tunnels are also accessible – visitation is only allowed by booking a tour – see official website link below for details.

For just $100 per month you can bring the gospel to 10,000 homes. Join us as media missionaries! GIVE NOW
VIEW COMMENTS
« Captured By A Sweeter Sound Trusting God in the Middle of Your Story »