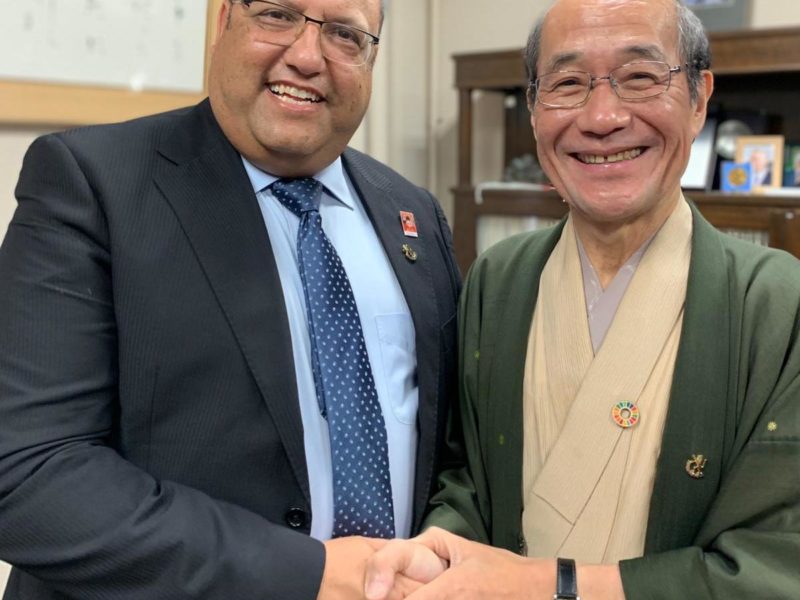 Jerusalem’s Mayor Moshe Lion met on Wednesday with Kyoto’s Mayor Daisaku Kadokawa and other senior officials to discuss advancing the ties between the two cities.

Topics discussed included the development and cooperation in the fields of high-tech, biotech, tourism, academia and more.

The two mayors spoke about the importance of exchanging delegations and their great contribution to the relations between the two cities, Leon’s office stated.

Lion thanked Kadokawa for “an excellent meeting, for the warm relations and fruitful cooperation,” and invited him for a reciprocal visit to Jerusalem, “where we would be happy to host him.”

Lion, on a working trip to Japan, is slated to meet with the Governor of Tokyo, elected officials, senior officials in the Japanese capital, tech entrepreneurs, and the Jewish community.

He will also meet with the Egon Shaw organization, which has maintained close ties with Jerusalem for more than a decade and contributes significantly to the city, including the botanical garden.

Lion is in Japan to promote cooperation with Jerusalem in the areas of culture and art, science and technology, tourism and more.

For just $100 per month you can bring the gospel to 10,000 homes. Join us as media missionaries! GIVE NOW
VIEW COMMENTS
« The Surprisingly Simple Solution to End The Mind Games 25 years After Purchase, Israelis Enter Home in Eastern Jerusalem »