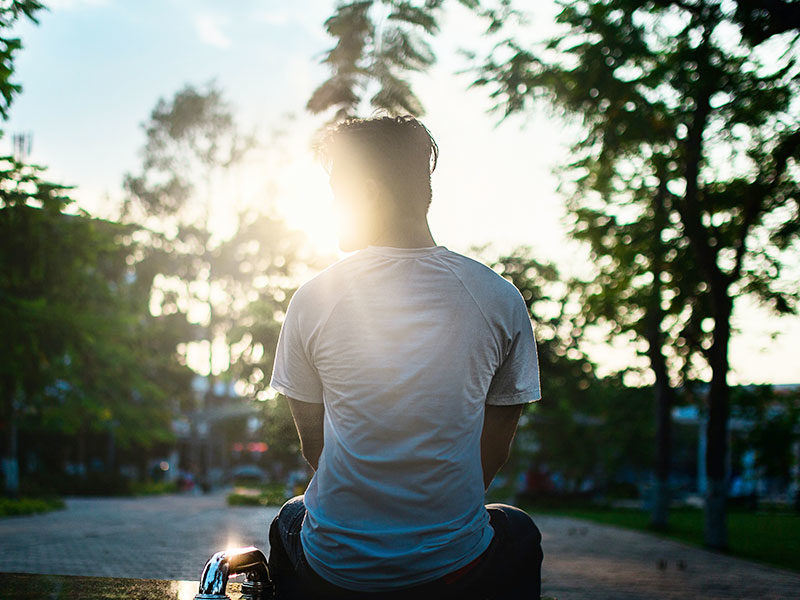 A young man who was burned, stabbed, left for dead, living life in alcohol and drugs found hope when he heard the Gospel. Now, he is living his life for Jesus and is being used mightily by God to share His love!

Peter Gladwin suffered from several misfortunes growing up. He went through severe burns at ten months old and had partially amputated feet when their house burned. Peter also lost his fingers on his left hand. And he went in and out of the hospital for three and half years.

So growing up crippled, Peter never had a sense of purpose and a vision for his life.

“When you look at your crippledness, it’s very difficult to see anything else,” he said.

In his teenage years, his situation led him to a downward cycle. Then at 15 years old, a gang of youths attacked him. They stabbed him on his arm and chest.

Peter wanted to escape all the misfortunes that were happening in his life. So he resorted to alcohol and drugs to forget the past and painful memories. Since then, Peter has struggled with gambling as well, living a hopeless existence. More so, he also ended sleeping on streets, benches, and train stations.

At 24 years old, he was in a hit-and-run car accident that left him dead in the middle of the road. His skull got fractured, and his body was severely hurt. He was in critical condition in the hospital.

Realizing that he was living in a downward spiral kind, he thought of committing suicide at 27 years old. He desperately wanted just to end everything and leave the past behind.

Amazingly, what happened next changed his life forever, and he gave his life to Jesus.

At his lowest point, he went to his mother’s house. His mother didn’t know what to do and they called Peter’s sister for help. His sister led Peter to Christ and that changed his life forever.

For just $100 per month you can bring the gospel to 10,000 homes. Join us as media missionaries! GIVE NOW
VIEW COMMENTS
« Ex-Porn Star Urges Singles To Live In Purity Stephen And Ayesha Curry Have Helped Provide 15 Million Meals Amid Pandemic »