10 Inventions by Jewish People that Changed the World 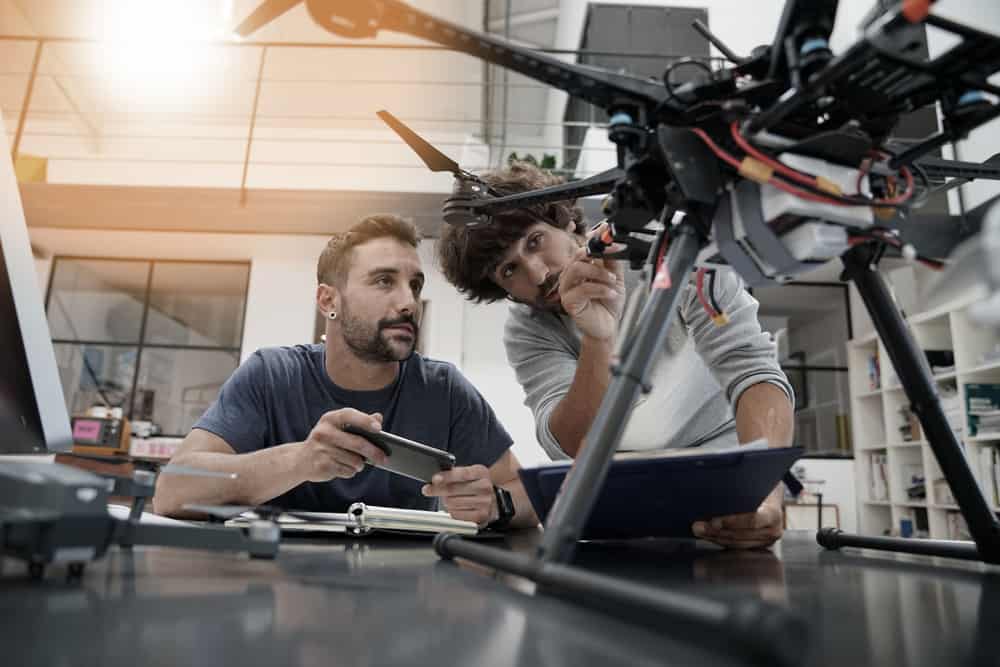 For centuries the Jewish culture has been under attack facing anti-Semitism around the world in various ways of hate. Despite the pain that they have been put through, the Jewish people have always worked hard to rise above the assaults and respond with resilience. Their strength has resulted in countless innovations from the Jewish inventors, scientists, doctors and many others who did not allow the hate to stop their creativity and passions.

Below are 10 important Jewish inventions that everyone should know about:

Today the laser is widely used in everyday devices such as barcode scanners and DVD players to more specialized tools used to mark targets or measure speed. Originally named for the acronym “light amplification by stimulated emission of radiation” the laser has impacted many areas of our modern lives.

It was the Jewish American physicist Theodore Maiman who first fired a laser on May 16, 1960; however, his work was based on the theoretical foundations first established by Albert Einstein in 1917, who was also Jewish.

The tradition of Jewish people innovating laser technology continues even today with the scientist Zhores Alferov. In 2000 he won a Nobel Prize in physics for his work on the heterotransistor, a laser that can handle extremely high frequencies. His work on laser technology has had a huge impact on our world. When he won the Nobel Prize, Hermann Grimmeiss of the Royal Swedish Academy of Sciences said that “without Alferov, it would not be possible to transfer all the information from satellites down to the Earth or to have so many telephone lines between cities.”

These inventions are quite literally life savers and a huge accomplishment in the world of science and health. A pacemaker is inserted into a human body through surgery so that it can work to regulate the heartbeat with electrical impulses. A defibrillator can restart the heart in the case of a dysrhythmia emergency, which is when the heart beats irregularly.

For anyone suffering from a heart condition, these inventions were the medical miracle that was so desperately needed. It was the Jewish American cardiologist Paul Zoll who helped to pioneer the inventions of both the pacemaker and the defibrillator.

In recent years genetically modified foods have been caused a lot of controversy due to the harm they can do to our health and bodies. However, genetic engineering has shown that it might be a promising way to treat cancer. In addition to this, genetically modified organisms are used to mass-produce insulin and to help crops become disease resistant.

In 1972, the Jewish American scientist Paul Berg created the first recombinant DNA molecules which is responsible for our modern genetic engineering that is being done today.

Unlike ordinary steel, stainless steel is strong enough to combat corrosion, rusting, and staining. Stainless steel can be found today in our own kitchen appliances straight on to architecture in our modern cities and the aircraft that we fly in to travel.

In 1893 the German Jewish chemist Hans Goldschmidt invented the process of producing carbon-free chromium and had the thermite reaction patented in 1895. This discovery was huge for the creation of stainless steel as it is an alloy that is more than 10 percent chromium with a low carbon content. Due to Goldschmidt’s innovation, scientists were able to begin create stainless steel in the early 1900s.

Better known by its formula E = mc², mass-energy equivalence is the the mass of an object is a measure of its energy concept. This formula was used in the creation of the atomic bomb.

However, before the atomic bomb was a thought in someone’s mind, it was the Jewish physicist Albert Einstein who was the first to introduce the idea that mass-energy equivalence is a fundamental principle in the symmetries of space and time.

With the huge global trade expansion occurring in the 19th century, cholera was given the ability to stretch it’s disease to almost every continent on Earth, killing tens of millions of people. Because of this cholera is known as the most deadly disease of the 19th century.

By the late 1800’s there still was no vaccine invented for both of these very deadly diseases. Though historically the Jewish people had been blamed for the black death outbreaks in the 1300s, Jewish bacteriologist Waldemar Haffkine decided he would not let that stop him from producing a cure for cholera and the bubonic plague. He got to work on creating vaccines for both diseases and even put himself in harm’s way by testing each vaccine on himself. In 1893 he even moved to India for 30 years so that he could be closer to the source of the outbreaks.

Poliomyelitis, “polio”,  is a disease that is infectious and can result in paralysis. It first appeared in the late 19th century in Europe before eventually making its way to the United States. In the 20th century Polio became the most dreaded disease for a child, inflicting hundreds of thousands of people, including the US President Franklin D. Roosevelt.

The Austrian Jewish biologist Karl Landsteiner began working on identifying the biological pathogen that causes polio and was successful in 1908. In the 1940s & 1950s, Jonas Salk, a Jewish medical researcher, spent seven years developing a vaccine for polio. Involving over one million school children, a vaccine was finally discovered in 1955 and has since brought the number of inflicted polio victims down to just under a thousand per year. Salk refused to patent the vaccine, choosing instead to not make a profit off of saving lives.

In 1945 America dropped nuclear bombs over Hiroshima and Nagasaki killing 200,000 people. As a result, the United Nations quickly began putting together regulations for the dangerous technology in the hopes that these two events would be both the first and last time that nuclear weapons were used in a war. However, due to the Cold War, both the Soviet Union and the United States entered into a nuclear arms race which has left a huge impact across the world with at least eight countries today being suspected of having their own arsenals of nuclear weapons.

The Jewish American theoretical physicist Robert Oppenheimer is known as “the father of the atomic bomb” for his work developing the first nuclear weapons with the Manhattan Project. After the second world war Oppenheimer went to work opposing the spread of nuclear weapons and even became the chief adviser to UN group working to regulate nuclear technology.

Another scientist who worked with Oppenheimer in the Manhattan Project was the Hungarian-born Jewish man Edward Teller, who is known as “the father of the hydrogen bomb.” Teller focused on developing the first fusion-based weapons, but his work was not pushed under President Harry Truman announced in 1949 that he wanted to beat the Soviet Union to creating the hydrogen bomb.

With the end of feudalism in the 15th century, different forms of capitalism began to become the economic system most used in the western world. This system runs on profits made in a market economy and it is still used today all over the world.

It was the Jewish political economist David Ricardo who first used the term “capitalism” in his published 1817 writing titled “Principles of Political Economy and Taxation.” In its modern form capitalism is more often attributed to Karl Marx, of Ashkenazi Jewish ancestry, who referred to the economic system more than 2,600 times in his 1867 writings, “Das Kapital.”

When Google was first founded in 1998 no one could quite understand the impact that the search engine company would have on the Internet and the world. Google is no longer known as only a search engine as it makes many different types of products from Gmail to Drive to Google Home. The company has also developed Chrome, the browser operating system for the Google Chromebook computer. In addition to this, Google is leading the development of the Android operating system which is used on all Android phones.

Founded by Larry Page and Sergey Brin while they attended Stanford University, both Jewish colleagues endorse the motto of “don’t be evil” in their company.

Each and every one of these 10 inventions have had a profound impact on our world – from body, mind, health and culture. Where would our world be today without these incredible Jewish thinkers who pushed themselves to think beyond the limits of what was currently possible during their time here on Earth.