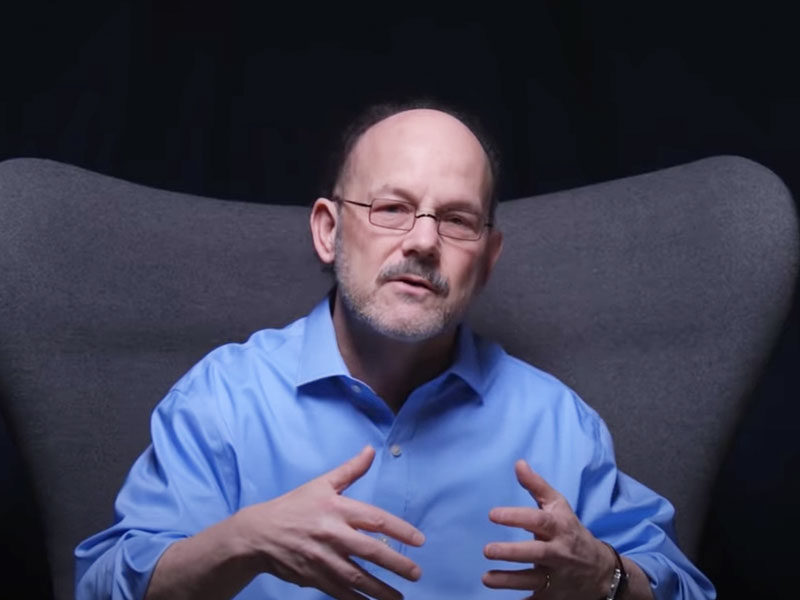 This Jewish man used to live his life drinking, partying, and using heavy drugs. But something changed it all. He saw a vision of Jesus in the sky when he asked the God of Abraham, Isaac, and Jacob if Jesus was really the Saviour of the world.

The man grew up in a conservative Jewish background in the DC area. His grandfather was the only Holocaust survivor in their family during World War II.

When he went off to college, he was directionless. He was smoking pot and hanging out with people that weren’t helpful for his soul. Partying and drinking alcohol was his life.

And on one occasion, he was very drunk at a party. He felt like he was going to die. So he called out to God and told Him that if he made it through the night, he would change.

When he returned home, he found a new crowd doing cocaine and he joined them. However, a few weeks later, he realized, “Why am I doing this? Life felt empty. I couldn’t figure out why I was doing what I was doing. This has to change.”

One day, he received a pamphlet from Larry, a bricklayer where he worked as a construction worker. The pamphlet turned out to be a Gospel tract.

“It was about the reality of sin, and the remedy for sin,” he said. He read the tract, but while he was reading it he didn’t understand.

“I thought, if I’m a college guy and I can’t understand this, there’s a problem,” he thought to himself.

So he read the tract over and over again. And that’s when the Holy Spirit began to convict him of sin.

One day his eyes were opened. He admitted that he was a sinner and that he needed atonement and a Saviour. But what didn’t make sense for him was how his Jewish background fit in with the Saviour the tract talked about.

A Vision Of Jesus

“I was kind of afraid. Am I gonna lose my Jewishness? So I prayed specifically to the God of Abraham, Isaac, and Jacob,” he recounted.

Then he continued, “As soon as I prayed that simple prayer, I looked up to the sky and I saw Jesus.”

The Jewish man proclaimed, “I saw Jesus up in the sky. God confirmed to me that the prayer I made was okay. That Jesus was my atonement and the remedy for my sin.”

When he got home to his dad’s apartment, he explained what had happened. Moreover, he felt he now had this relationship with God.

Also, surprisingly, his stepsister, Carol, whose room was next to him, gave him a Bible.

He read the Scripture from Genesis to the New Covenant. And he witnessed, “The Word of God leaped off the pages and spoke to me. And my relationship with the LORD grew.”

“I believe the Jewish Scripture tells us that there would be a Messiah that would atone for our sins one day. And I believe that the Messiah is Jesus. Whose blood atonement, whose death, whose atonement is covering for my sins.”

Read Also: Bless Israel So That The Jewish People Can Know Jesus As Their Messiah

For just $100 per month you can bring the gospel to 10,000 homes. Join us as media missionaries! GIVE NOW
VIEW COMMENTS
« How To Deal With The Pain Of Uncertainty And Insecurity During The Current Crisis Atheist Jew Makes A Deal With Jesus And Ends Up Kneeling Before Him »