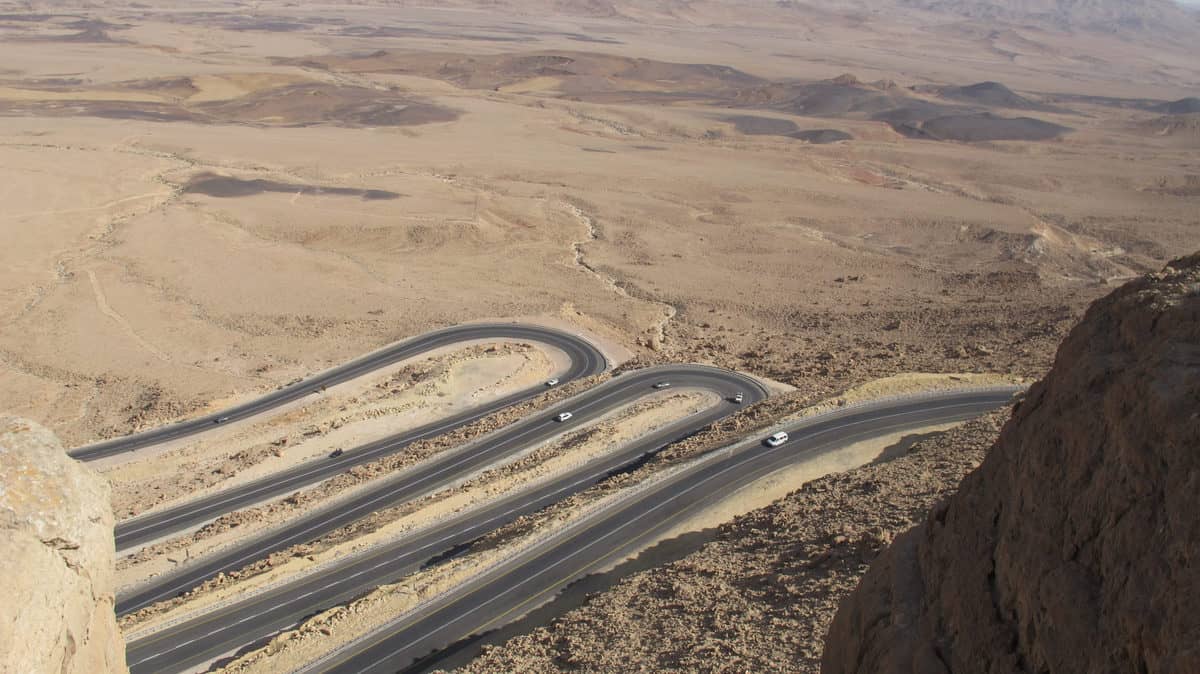 In recent days, the main highway between the central Negev city of Beer Sheva and Arad, en route to the Dead Sea, has seen many attacks on Jewish Israeli vehicles along stretches which pass close to Bedouin settlements. Eye witnesses describe this vital east-west artery as a “death trap” with local Bedouin youths throwing rocks, breeze blocks, Molotov cocktails and firecrackers at Jewish motorists passing through. There have also been reports of sporadic gunfire on vehicles with Jewish drivers.

Many locals have criticised the lack of an effective police response to these attacks, saying that the area feels as though it has lapsed in to lawlessness.

Assaf Fassy from Otniel was one of around 200 Jewish residents from towns and villages across the region who decided to bolster Jewish confidence driving this key route by organising a peaceful convoy of vehicles with Israeli flags to drive in protest against the recent attacks on Jewish motorists.

He said that initially the police refused to allow them through, stating the Jewish drivers were not permitted to use the highway and that it was only open to Arab drivers.

Eventually the convoy was allowed through, driving from the Shoket Junction toward Beer Sheva, some of the most major arteries in this part of the country, and a vital link between the Negev’s largest city, the town of Arad, and the Dead Sea region.

As they approached a stretch of highway passing through the area inhabited by the Abu Kaf Bedouin tribe they were met by a hail of rocks and firecrackers. The police wanted them to continue driving through the assault, but drivers in the convoy chose to stop their vehicles, blocking the road and insisting that the police do something to stop the rioters rather than ignoring the violence. Night after night there have been attacks on precisely this stretch of the road, but according to Fassy the police had yet to make arrests.

This time the police took action and detained one of the rock throwers, but shortly afterwards he was released, apparently without charge, with the police telling the Jewish protesters “What should we do with him?”

The convoy continued along the road and then turned back half an hour later, only once again to be met with rock throwing and firecrackers at the same spot on the highway.

Fassy fears that if the police continue to avoid taking serious action to prevent the attacks the assaults will only escalate further with the very real danger that at some point a Jewish motorist may be killed. “The State of Israel deserves a pro-active police force. Our police today are tired. The heads of police are tired. Our enemies are empowered and full of murderous hate.”

Many of the Abu Kaf Bedouin volunteer to serve in the IDF. A local tourism initiative includes jeeping and cultural activities in the region to promote coexistence between Israeli-Arabs and Jews by teaching about Bedouin culture through visits to Bedouin villages. Other notable Abu Kaf members include Israel’s first woman Bedouin doctor and the head of the Conflict Management and Resolution Programme at Ben-Gurion University of the Negev.

According to an article on Ynet the police have reached an agreement with local Bedouin leaders that they will take charge of restraining Bedouin youths from attacking the road. The police were not available for comment at this time.