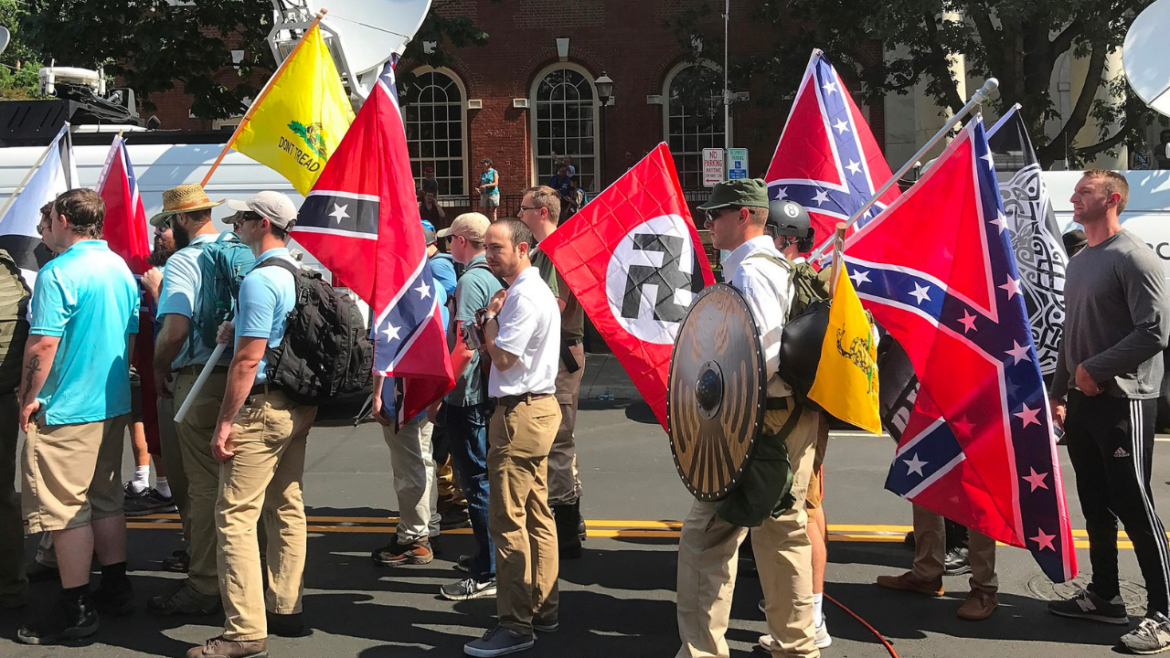 Who could’ve seen this coming? I’m being sarcastic. I’m actually surprised it took this long to begin blaming the Jews for coronavirus.

“The Jews own COVID just like all of Hollywood. Wake up people,” so says a mugshot-style photo and meme circulating on Telegram, a popular UAE-based social media platform. According to a recent analysis conducted by the London-based Institute for Strategic Dialogue, far-right extremists and white supremacists are using the pandemic and the less-moderated Telegram platform to recruit new followers.

“COVID-19 has served as a catalyst for radicalization,” said Ciaran O’Connor, author of the study and an analyst at the Institute. “It allows conspiracy theorists or extremists to create simple narratives, framing it as us versus them, good versus evil.”

For 18 months—from January 2020 to June 2021, researchers reviewed nearly half a million comments on pages (Telegram “channels”) that could be categorized as far-right. Ninety percent of the top posts they examined contained misleading information about vaccines or the pharmaceutical companies producing them, or they downplayed the severity of the virus or promoted various theories about the origins of it. The tactic paid a high dividend—one channel saw its subscribers increase tenfold when it switched to covering COVID conspiracies.

O’Connor speculated that the groups behind the posts exploit the fears people have surrounding COVID-19 to gain new recruits. For example, a Long Island chapter of the Proud Boys posted a news story about a local synagogue, along with a picture of a swastika and an invitation to potential followers to “embrace who you were called to be.”

Institute researchers found evidence that far-right groups are working together on Telegram. And their reach is growing. According to Telegram Analytics, one channel has had 400,000 views a day since the pandemic began. In a little over a year (from May 2020 to June 2021), the channel jumped from 5,000 subscribers to 50,000.

“COVID-19 has created fertile ground for recruitment because so many people around the world feel unsettled.” Cynthia Miller-Idriss, director of American University’s Polarization and Extremism Research and Innovation Lab, says conspiracy theories give people a false sense of control. “These racist conspiracy theories give people a sense of control, a sense of power over events that make people feel powerless.”

Earlier this month, Facebook removed a network of accounts based in Italy and France for spreading vaccine conspiracy theories and harassment. The network, V_V, had carried out coordinated harassment campaigns against journalists and health care workers, and officials. Facebook investigators found that the group used Telegram to coordinate their activities.

“The guardrails that you see on other platforms, they don’t exist on Telegram,” O’Connor said. “That makes it a very attractive place for extremists.”

Friends, even among believers, the online groups spreading some of the most ridiculous conspiracy theories are being followed by born-again Christians. Even preachers are spreading some of these lies. We are going through a famine of the word of God. Just because somebody stands in the pulpit does not mean they have been trained to correctly handle the Holy Scriptures. Stick close to Jesus and his Word; that is your safe harbor.