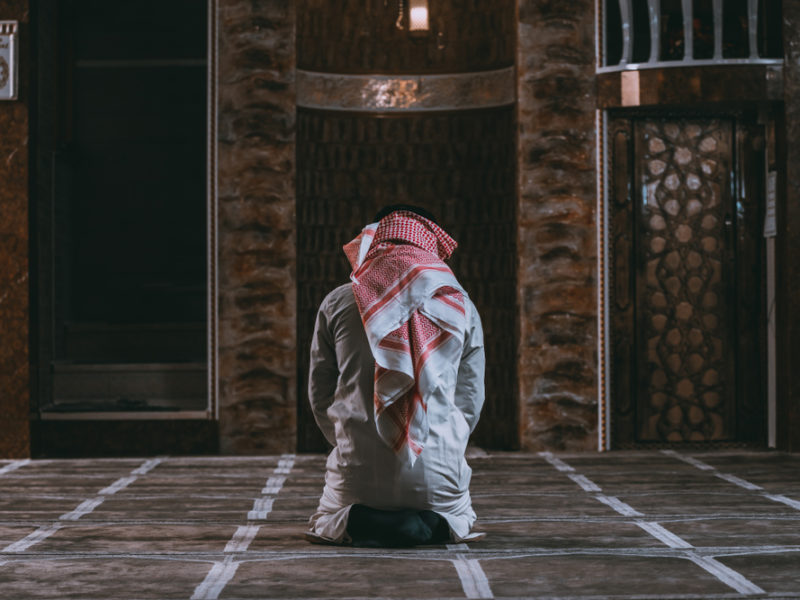 Al Fadi was a Wahabbi Muslim from Saudi Arabia. He was a devout followers of Islam who was willing to fight and die for Allah just like what any Jihadist would do. At 12 years old, he memorized half of the Qur’an because his goal was to memorize everything in their holy book.

“The reason why I did that because Islam is a religion of works. And every single thing you do to please this God that you’re following will add more good deeds that you may need on judgment day to help you earn your way to heaven,” he said. 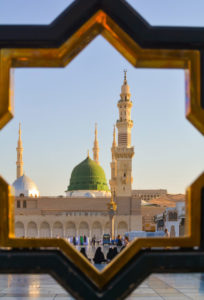 The Only Acceptable Religion

“A Muslim is brought up to believe Islam is the final religion, the only acceptable religion to God.”

“And also, Islam teaches that its book, the Qur’an, is the final revelation from God. All other books that came before that are either lost or corrupted as in the case of the Bible.”

Growing up, Al Fadi believed that Islam was the one and only true religion. For that reason, he looked down at those who did not follow his religion.

How Jihadists Are Born

In 1979, the Soviets invaded Afghanistan. Many muslim men left the country to fight.

“I wanted to go and fight and die knowing that this is my hope. To earn that salvation,” he recalled.

But God used his mother to stop him from following such a path. And although he wasn’t able to join the other Muslim men to fight, in his heart he was a Jihadist.

A couple of years later he attended an Islamic University in Mecca. And he began to study Sharia law. He wanted to become a Sharia scholar and become a judge. However, a year and a half later, the LORD turned his heart off on this idea. 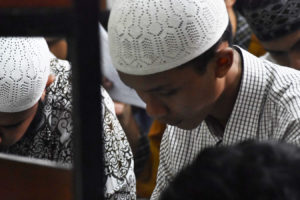 Deciding To Study In The West

Al Fadi then moved back to his home and graduated in a local University as an Engineer. Shortly after graduation, his father asked him if he would like to go to the west to earn a graduate degree.

Many Muslims in the Middle East think of the West as a corrupted society. Nevertheless, he was excited to go to the West to study. He liked the prestige that the graduate degree would give him. So he pursued it at the University of Alberta.

Soon after coming to the university he became a part of an organization called Friends of Internationals. He was hoping this group would help him improve his English. But he never knew that it was a Christian ministry.

That was the first time he met Christians. He found them to be loving and kind, and they were totally different from what he thought were Christians. They had a genuine heart and desire to help him. And when he was graduating from the english school they even surprised him by taking the day off just to attend his ceremony. That touched Al Fadi’s heart. He realized that “not everything I learned about Christianity back home was true.”

After graduation he met a young Christian person at work and they struck up a friendship. Al Fadi began to share with him about Islam. To his surprise, his friend’s faith was never shaken.

“But everything that he was firing back at me was kept inside. And I would go back home and begin to think about what he says,” Al Fadi said.

“Why is he convinced that the Bible is the inherent word of God? Why does he truly believe that Jesus is God in the flesh?”

Because of that, he continued to seek for the truth in order to compare Islam to Christianity.

His Eyes Were Opened

“I began to realize there is more to the story of the Cross and the Gospel than what I was told or at least grew up to believe,” he confessed.

Over time, Al Fadi got so discouraged with his religion. He even began to forsake his religious duties as a follower of Mohammad.

Going To A Christian Church

In 2001, one Sunday in May, after many invitations from friends, he decided to go to church.

“I’m gonna go to church and learn from their sermons and preaching, what exactly do they teach people like my friend and that family. So that I can use it against them and convert them to Islam,” he said.

There, he sat down at the very last pew and felt that the message was directed at him.

He went back the next Sunday and still, the whole message was directed at him. Every Sunday that he went he felt God delivering a message tailored just for him.and then one Sunday everything in him felt different. 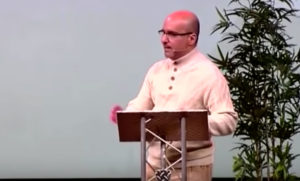 Falling In Love With Jesus In The Bible

“All of a sudden, the mindset of a Muslim person who rejected Christ as the Son of God or God incarnate, I fell in love with this Jesus,” recalled Al Fadi.

He added, “I really wanna follow Him even if He was a figment of my own imagination.”

The September 11th attack was the wake up call for him. After the attack, he began to have visions or nightmares that he had died standing before the throne of God, and God asking him one simple question, “Why did you reject My son?” He didn’t have an answer for that.

A couple of months later, in November of 2001 he finally admitted that he needed Jesus as his Lord and Savior and accepted Him into his life. And although his own family disowned him, he kept the faith. 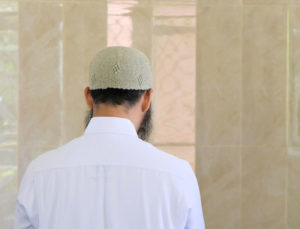 Becoming A New Creation In Christ

Today, Al Fadi is a researcher, editor, writer, and translator for numerous ministries. He even started his own ministry. He seeks to reach out to his fellow brothers and sisters in Islam to show them the love of God through His Son, Jesus Christ.

Watch the video to know the full story of Al Fadi!

For just $100 per month you can bring the gospel to 10,000 homes. Join us as media missionaries! GIVE NOW
VIEW COMMENTS
« Stop Making Excuses! God Created You For Greatness When the Reality of Christian Persecution Hits Home »