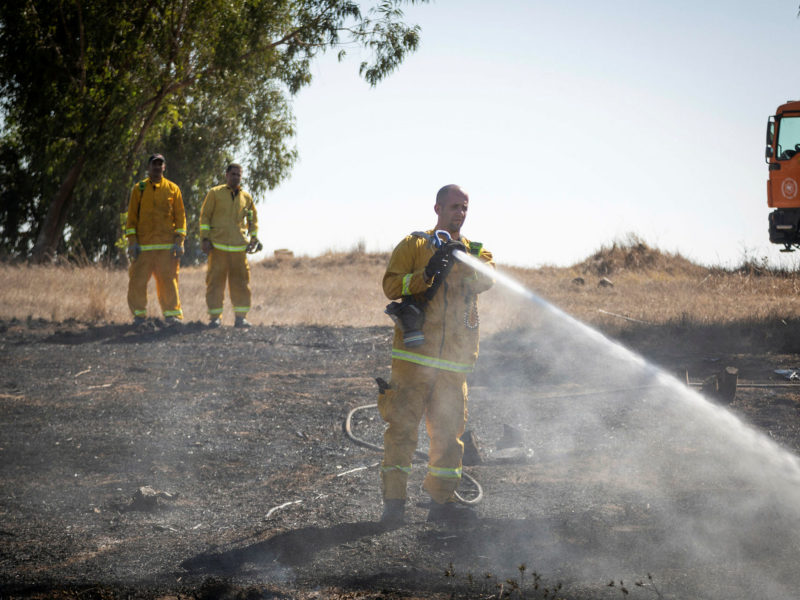 Around half of all forest land in the Gaza Belt region has been destroyed by fires caused by aerial arson attacks launched from inside the Gaza Strip, according to a report released Tuesday by the KKL-Jewish National Fund.

According to the report, since arson attacks began some six months ago in April, roughly 3,000 acres of forest have been destroyed. During that time, some 1,100 aerial attacks have also destroyed thousands of acres of crops causing millions of shekels in damages.

“There is no worse feeling than seeing what you created go up in flames,” said Daniel Gigi, JNF’s southern district director. “The direct damage is to the plant and wildlife, as well as the residents of the area who are suffering from air pollution, destruction of tourist and leisure sites and an actual threat to their lives,” he added.

“Despite that,” Gigi continued, “The JNF, together with the residents of the area are not giving up. We are acting against the fires as well as to plant new trees.”

For just $100 per month you can bring the gospel to 10,000 homes. Join us as media missionaries! GIVE NOW
VIEW COMMENTS
« 6 Things You Can Do To Help The Persecuted Church Syrian Child To Fly From Cyprus For Second Round Of Medical Treatment In Israel »