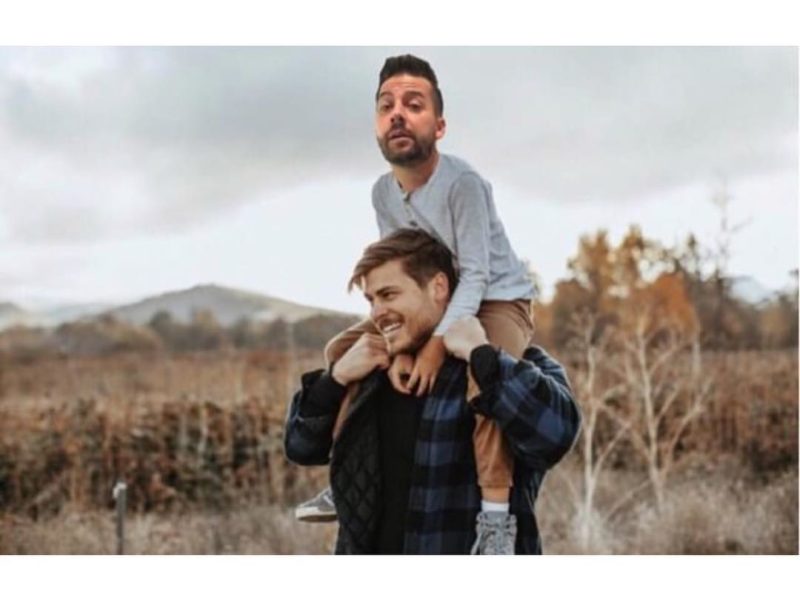 Cory Asbury is a worship leader and songwriter who joined the Bethel Music Collective in May of 2015. He was raised in the mountains of North Carolina where he developed a deep love for music and songwriting. He began leading worship at his local church at age fourteen, and went on to do full-time worship ministry at the International House of Prayer in Kansas City (IHOPKC) in 2005.

On October 27, 2017, Cory released a single called “Reckless Love” from an album of the same name. The song soared to No. 1 on Billboard’s US Hot Christian Songs chart.

In addition to this, it was announced two days ago that Cory Asbury’s ‘Reckless Love’ has been nominated for a Grammy Award.

Honestly, I thought about playing it cool and saying something typical about being humbled and honored, but that just ain’t me. I am freaking out, and rightly so. This song has meant so much to me, so to see it honored by the Recording Academy as well is extremely meaningful. pic.twitter.com/zNuS1bazqJ

Along with “Reckless Love”, the album features songs such as “Endless Alleluia” and “Water and Dust”, pioneering a soulful journey into the heart of the Father.

Cory’s “Reckless Love” became the “Oceans” of 2018, covered by millions on YouTube and sung in churches all over the world.

The song was so popular that comedian and viral sensation, John Crist, took notice and had some fun with the worship leader.

Haters are my motivators

In honor of my Grammy nomination today, my son sent me this beautiful interpretive dance to one of his favorite songs of all time. Thanks so much for taking time out of your busy day to bless me with this, John. ilysm.@johnbcrist pic.twitter.com/W0IdafLLo2

John and Chris’ “Beef” is one of the funniest things on the internet right now.

Finally got to sit down w/ @CoryAsbury and talk about our instagram beef pic.twitter.com/3KciHqCI9J

Bethel even posted a hilarious meme about these two. 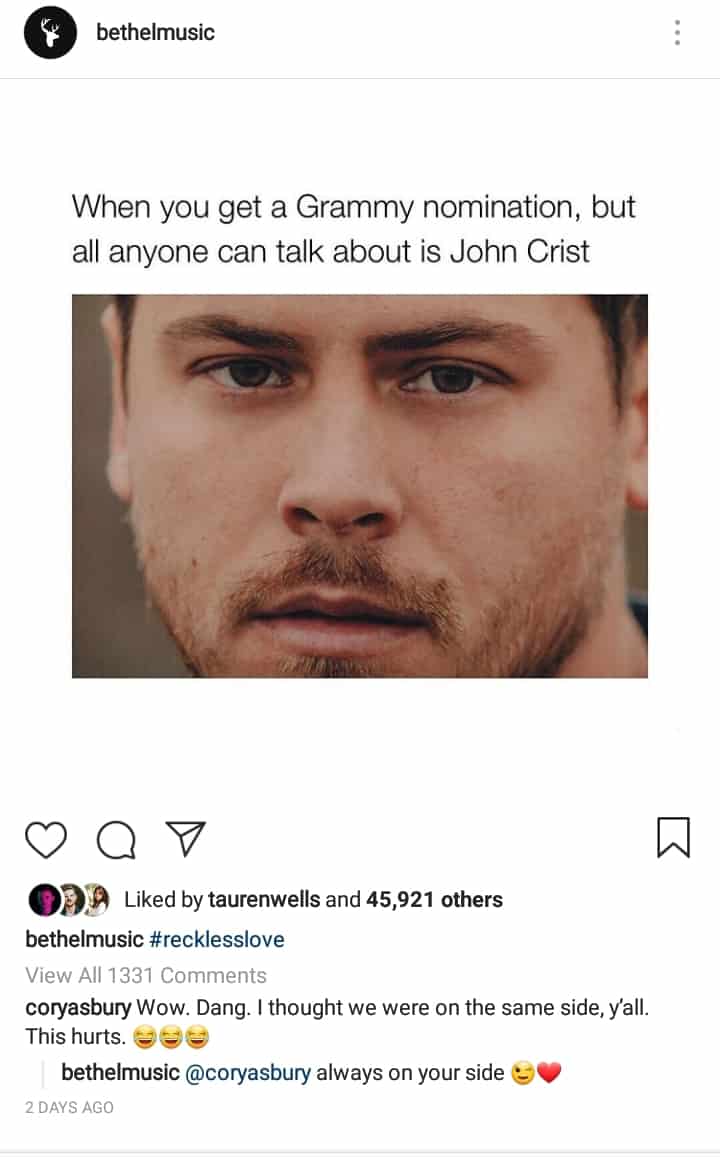 We all need a friend like John Crist in our lives.

Congratulations to Cory Asbury on your Grammy nomination! And to John Crist, thanks for the laughs.

For just $100 per month you can bring the gospel to 10,000 homes. Join us as media missionaries! GIVE NOW
VIEW COMMENTS
« McDonald’s Put The Name Of Jesus In Their Window And It Went Viral Encounter God This Holiday Season With Banning Liebsher and Jesus Culture »