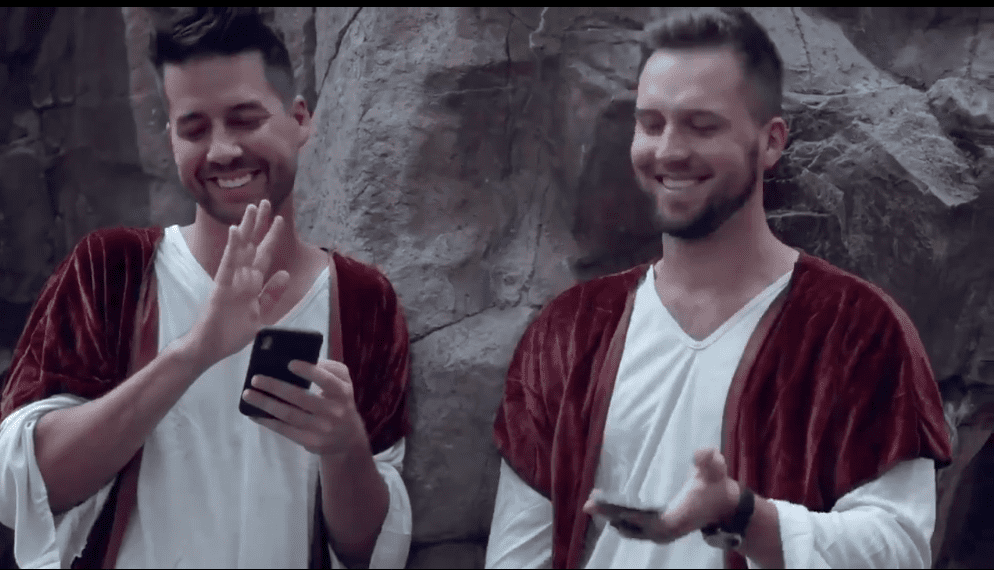 Comedian John Crist is at it again! You may know him from the Church Hunters video series, or Celebrity Pastor Fantasy Draft, or Virtual Reality Church. And, when I wrote about Virtual Reality Church, some people thought the satire was true! So I think Crist got the last laugh on that one.

He is a viral video sensation who has been doing stand-up comedy for the last nine years. Sharing the stage with Tim Hawkins, Jeff Foxworthy, Dave Chapelle, Dana Carvey and Trevor Noah among others.

His website says he has been named one of the, “Top Five Comics to Watch.” And he has recently offered his opinion on current church events such as John Gray and Lauren Daigle.

This newly-released video is about Biblical characters having iPhones! It starts off with him looking at a cell phone saying, “Bro, I just a Venmo request from Judas.” Then it goes to, “Dude, Jesus just got a blue checkmark? How did He get verified, He only has 12 followers?” Then his friend says, “I have way more than that!”

Even though he may seem to be poking fun at the Church, its all in good jest. He grew up as a homeschooled pastor’s kid. And he says, “Man, I love the local church. Growing up serving at my dad’s church, I know the effect that a healthy, vibrant local church can have on the community. If I ever come across as critical, it’s because I love the church and I wish for so much more from it. I think the local church is our only hope for change in America; that said…we do some weird stuff.”