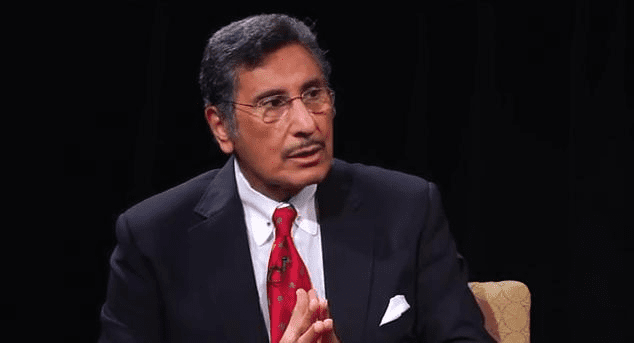 When Dr Youssef first became pastor of The Church of The Apostles in 1987 with just 40 members in Atlanta, Georgia, he never planned to launch a global broadcast ministry.

But almost 32 years after his first broadcast in 1989, Church of the Apostles has grown significantly to more than 3,000 members and Dr Youssef’s teaching programmes under the ministry of Leading The Way are now heard on radio and seen on television in six continents in 26 languages.

You could say it was destiny that Dr Youssef has become such a significant Christian leader.

Even before he was born in Egypt in 1948, it was evident there was a calling on his life. His mother was in poor health at the time she became pregnant with Michael, and because her life would be jeopardised by the birth, her doctor recommended terminating the pregnancy. An abortion procedure was scheduled. But God intervened, and sent the family pastor to reassure them the night before the abortion was to take place that God was involved in this pregnancy, they were not to be afraid, and that this child would be ‘born to serve the Lord’.

Michael’s parents accepted the pastor’s message as a word from God and obeyed. His mother gave birth, and lived to see him surrender his life to the Lord in 1964 when he was 16.

Five years later, at the age of 21, Michael felt God calling him out of Egypt and sought an exit visa at a time when no university student was permitted to hold a passport or leave the country. God intervened again, and miraculously provided approval of his application. He emigrated to Australia, where he studied at Moore Theological College in Sydney, was ordained as a minister, and met and married his wife, Elizabeth. Then in the 1970s he took his family to live in America. They settled in

Atlanta, and in 1984, Michael became a United States citizen, fulfilling a dream he had held for many years.

In 1987 he founded The Church of The Apostles with a handful of believers and with the mission to ‘equip the saints and seek the lost’.

When asked to speak to pastors and others about the growth of his ministry, he tells them,

“Save yourself the trouble. We did not establish our church by following a 20-step strategy or by breaking down 25 goals into five-year plans. If I were to give a speech on the growth of our church, it would be the shortest speech I have ever given. I would simply say, ‘Trust and obey,’ and then I would sit down.

In response to the continuing worldwide impact of his ministry, Dr Youssef refuses to take the credit.

“Today, we broadcast in 26 of the world’s most spoken languages, covering nearly four billion people. It has been an amazing accomplishment, but I cringe every time someone gives the credit to

Watch Leading the Way on the GOD TV livestream!

Image Source: The World And Everything In It

For just $100 per month you can bring the gospel to 10,000 homes. Join us as media missionaries! GIVE NOW
VIEW COMMENTS
« Premature Baby Tru Wende Born 14-Weeks Early Inspires Millions Your Secret Place With God Comes From Within! »