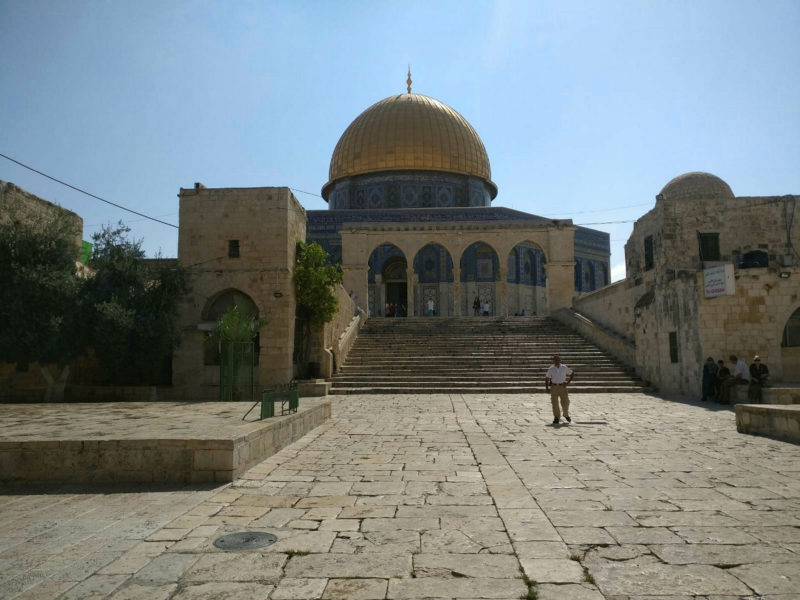 Jordan sent a letter of protest to Israel’s foreign ministry Sunday after some 1,500 Jewish worshipers entered the Temple Mount compound in Jerusalem’s Old City to mark Tisha B’av, the Jewish fast mourning the destruction of the two temples which once stood on the site.

“This is a blatant violation of Israel’s obligations as an occupying power, in accordance with international law,” Jordanian Minister of State for Media Affairs Jumana Ghunaimat wrote, adding that the ascension is “a violation of all international conventions and conventions that emphasize that the places of worship of all religions should be respected.”

Outside one of the entrances to the Temple Mount, activists from Students for the Temple Mount, an organization promoting the construction of the Jewish temple on the site, which currently houses the Muslim Haram al Sharif complex, as well as the Al-Aqsa Mosque, held a demonstration. Dressed in construction worker’s garb , the activists chanted “no more crying, time for building.” The demonstration led to a violent clash with local muslims, when Israeli police intervened and arrested three activists.

Several other activists were arrested after praying or bowing at the site in contravention of the status quo.

For just $100 per month you can bring the gospel to 10,000 homes. Join us as media missionaries! GIVE NOW
VIEW COMMENTS
« Powerful Revival in a Maximum Prison Cell Uncovered Temple Mount Evidence Backs Ancient Jewish Practice in Jerusalem »