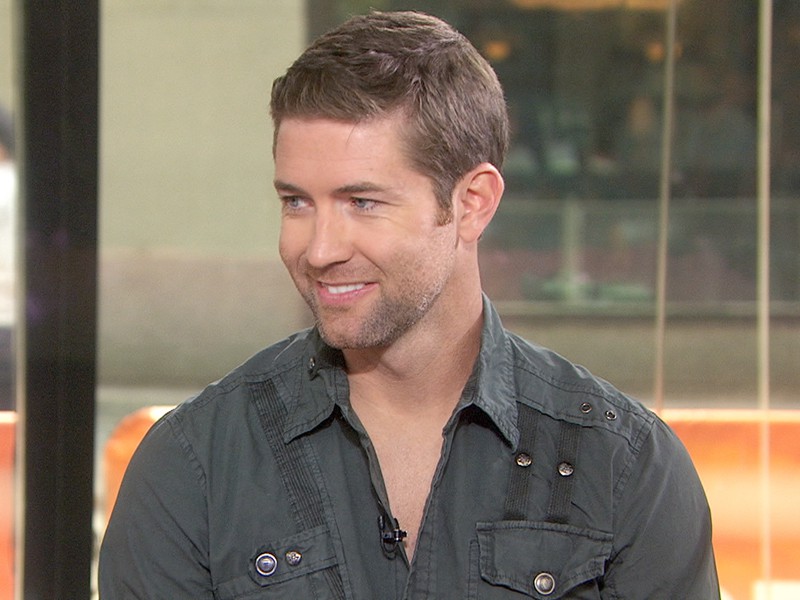 Josh Turner is a well-known country singer who also sings Gospel. He recently appeared on NBC’s Today Show, one of America’s longest-running series which airs each morning, singing his latest release, ‘I Saw The Light’.

Joshua Otis Turner is an American country and Gospel singer who has a remarkable baritone voice. He first started to sing in church and went on to establish a successful country music career.

However, in 1996 Josh developed a lesion on his right vocal cord which threatened his singing career.  Surgery wasn’t required for his recovery but he had to rest his vocal cords for a whole year. He then learned classical vocal techniques and how to take care of his voice to avoid further problems.

In 2001, Josh returned to the music world with his song ‘Long Black Train’ which was a huge hit. It was on the Billboard Country Charts for 30 weeks! The song is derived from a vision Josh received from God about resisting the devil.

“I could see people standing out to the sides of this track watching this train go by. As I was walking, experiencing this vision, I kept asking myself, ‘What does this vision mean and what is this train?'” Josh said. “It dawned on me that this train was a physical metaphor for temptation. These people are caught up in the decision of whether or not to go on this train.”

Now Josh Turner is back with the Gospel favorite,  ‘I Saw The Light’ off his new album, I Serve A Savior. Watch it below as recorded LIVE on The Today Show. He literally turned the broadcast into a time of praise and worship!

Josh Turner - I Saw The Light (Live From The Today Show)

I Serve A Savior

Josh Turner’s new faith-based album, I Serve A Savior, brings new life to old favorites such as Amazing Grace, I Saw the Light and Swing Low. It’s obvious these song hold a special place in his heart – from hymns he’s been singing since childhood to songs he now sings to his family.

I Serve A Savior also includes original songs like the title track which Josh wrote and The River (of Happiness) penned by his wife Jennifer and eldest son, Hampton. Plus there is a new version of Long Black Train.

“I’ve wanted to record these songs for a long, long time,” Josh says, “and I’m excited about fulfilling that dream. I want others to feel the same inspiration and creativity that I felt, and hopefully make these songs a part of their life.”