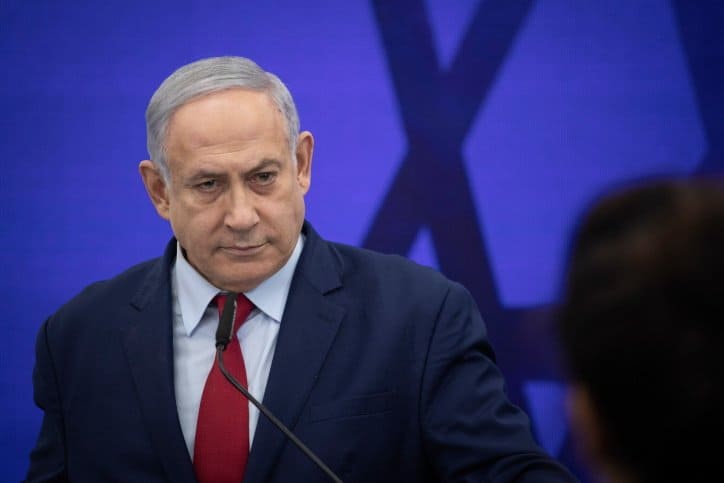 The Yesha Council, an umbrella organization for the Judea and Samaria leadership, dispatched a letter to Prime Minister Benjamin Netanyahu on Wednesday demanding that he convene the Higher Planning Council immediately and approve the construction of thousands of housing units while accusing him of creating a de-facto building freeze in the area.

The Planning Council is the entity that is responsible, after political endorsement, for approving the construction in Judea, Samaria and the Jordan Valley, but the council has not convened to discuss advancing construction plans for more than six months.

Yesha Council Chairman David Elheyani wrote in the letter that “this meeting has been repeatedly postponed for no apparent reason, and thousands of housing units are stuck and not promoted. This postponement creates a long-term chain reaction and means a de facto freezing of construction in the Israeli communities in Judea, Samaria and the Jordan Valley and stopping the development of the communities.”

“Recently, you made a decision to postpone the application of sovereignty [in parts of Judea and Samaria], despite your repeated commitments in the past year. If sovereignty does not progress, the Israeli government is required to promote planning and construction more vigorously and to approve the planning and marketing of thousands of additional housing units as soon as possible,” Elheyani demanded.

The US-formulated Deal of the Century, officially titled “Vision for Peace, Prosperity, and a Brighter Future,” calls for the Israeli annexation of some 30% of the territory in Judea and Samaria already under its control, with the remaining 70% becoming a Palestinian state.

The Israeli government had a window of opportunity to move forward with the plan during the summer, and before the elections in the US in November, experts believe.

In September 2019, Netanyahu explicitly vowed to apply sovereignty to the Jordan valley and the northern region of the Dead Sea immediately after his election.

“No Israeli Prime Minister has ever brought a map like this to the Israeli voter. We haven’t had such an opportunity since the Six-Day War, and I doubt we’ll have another opportunity in the next 50 years,” Netanyahu stated.

However, the Abraham Accords recently announced with the United Arab Emirates (UAE) is entailed with an indefinite postponement of an Israeli declaration of sovereignty in Judea and Samaria.

The letter concluded with a demand “to convene the Supreme Planning Council later this week and approve thousands of housing units throughout the region.”

Similarly, Gush Etzion Regional Council Chairman Shlomo Ne’eman stated on Sunday that “the government’s 100-day grace period has passed, and not only has sovereignty moved further away, but now we are also not given the basic permits to lead normal lives.”

“Mr. Prime Minster, Are you with us or against us? For more than six months the Higher Planning Council in the Civil Administration has failed to meet, and in fact all building in Judea and Samaria is frozen. Your approval is needed for the council to meet, Mr. Prime Minister,” he said.

Ne’eman added that “it is not possible that under your directive, from the beginning of 2020, about 6,000 housing units for half-a-million residents in Judea and Samaria are being held up, as we are already in the midst of a very severe housing crisis. At the same time as our housing plans have taken a blow, the PA continues to build in Area C unimpeded.”

“What’s going on here is exactly the opposite of sovereignty in Judea and Samaria. It is a lack of sovereignty and a lack of governance in this important part of the country,” Ne’eman charged.

He called on Netanyahu to “respect the will of your constituents and to schedule a meeting to endorse construction plans, which require your stamp of approval. Mr. Prime Minister, at this point, you are not receiving accolades for sovereignty, but will you receive attribution for a construction freeze?”

For just $100 per month you can bring the gospel to 10,000 homes. Join us as media missionaries! GIVE NOW
VIEW COMMENTS
« GOD TV Celebrates The 400th Anniversary Of The Mayflower Setting Sail With Special Programs Successful Billionaire Shares He Turned Away From His Sinful Lifestyle To Follow Jesus »