Just As Roses Bloom In The Desert In Israel, So There Was Life After The Death Camps | God TV
Articles 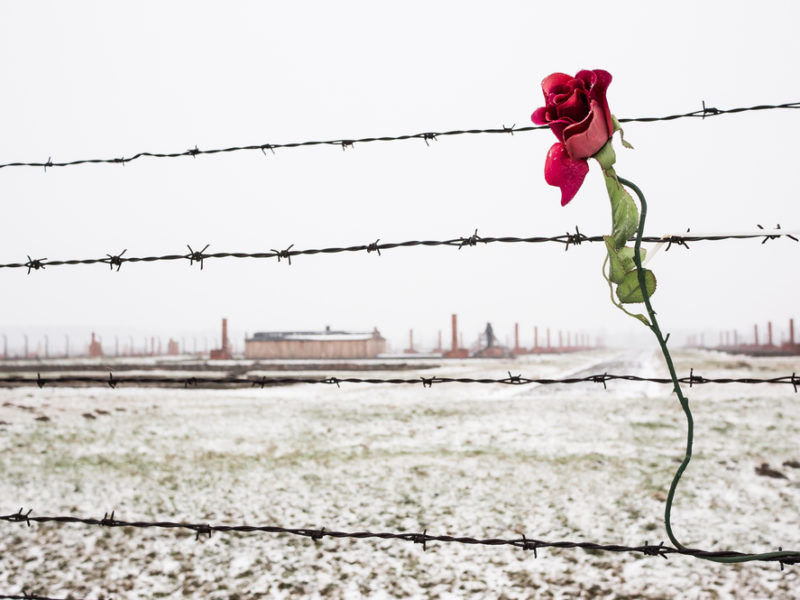 As Israel celebrates it’s annual Holocaust Remembrance Day, Yom HaShoah we remember all who lost their lives in the death camps of World War II and specifically in this post, Auschwitz and Bergen-Belsen which were two of the most notorious.

At the end of the War, Europe overflowed with displaced people. What many people don’t know is that the horror camps of the Nazis did not close straight after their liberation by the Allies in 1945. They became DP Camps where the people had to wait to be resettled and it was Jewish survivors who waited the longest.

In fact, the DP Camp at Bergen-Belsen only closed in 1951 – six years later. That was after the modern State of Israel came into being in 1948 and the Jewish people were finally able to flood to their beloved ‘Eretz Yisrael’ en masse to start a new life.

The late Jewish humanitarian, Simon Bloomberg, CBE poignantly wrote of the plight of the Jewish survivors… “Those who are left wait for the day when they can shake the bloodstained dust of Germany from their feet and start a new life in a free land, far away – please God that it may be soon…”

In his book, Life After Belsen Simon, who was a soldier in the British Army in WW2, and served in the Colonial Service, provides a candid eye-witness account of what took place in the DP Camps after the War, including the one at Bergen-Belsen which he led from 1946 to 1947. 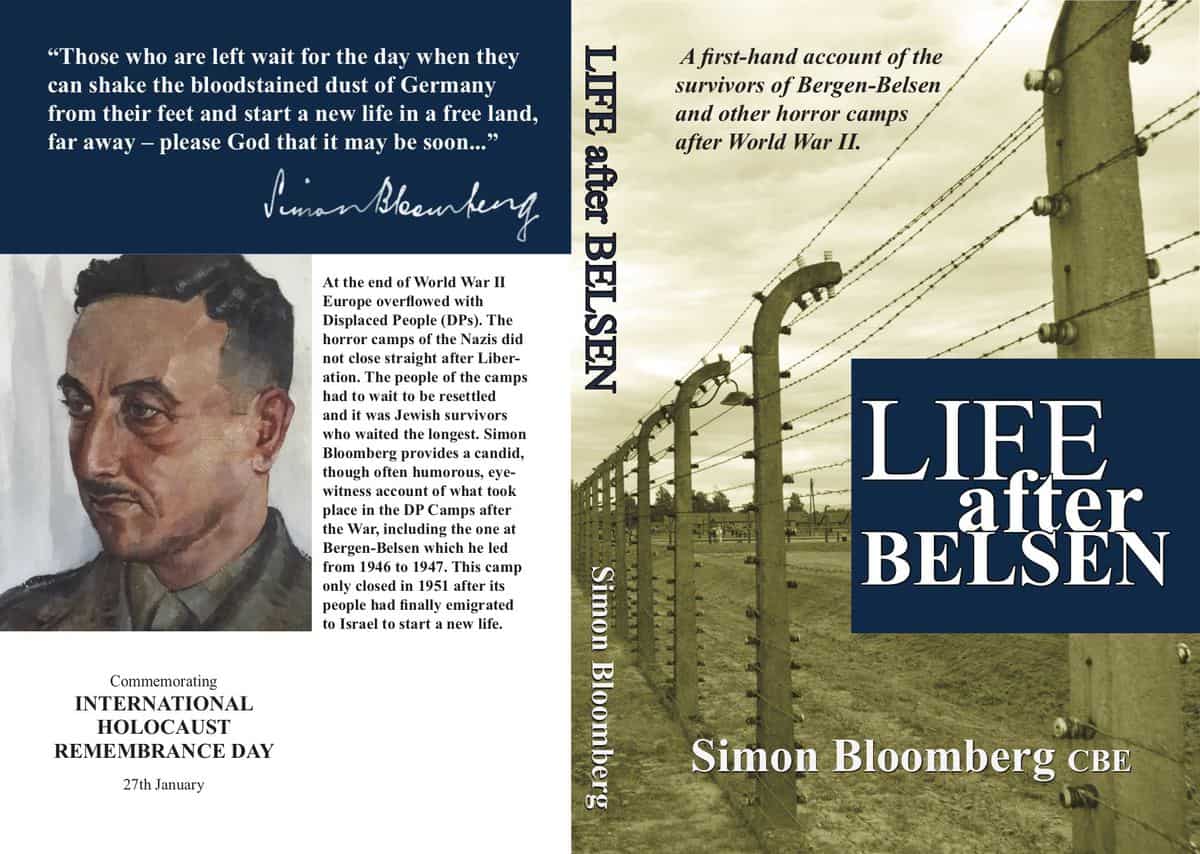 I never met him but was privileged to be given his old diaries and a rough manuscript entitled Tales of the Survivors of Belsen and Other Camps in Europe. He drafted this in the 1970s but never lived to see it published before he died in 1981. However by request of his daughter, Eva, I was able to collate this material and the result is the book Life After Belsen, published in November 2017. Now viewers can read his first-hand account in both electronic or printed format.

In the first chapter ‘A Tragic Search for Holocaust Survivors’, Simon describes the first Jewish survivors he encountered in Germany in August 1945: “They showed me the numbers tattooed on their arms, prefixed by the letter ‘A’ for Auschwitz, the sadistic method of registration that only Nazi devils could devise…

“I felt a bit like Joseph when he was giving corn to his brothers in Egypt,” he continues.  “The group had long forgotten what decent food looked like and could not believe that this was gratis and for nothing.” 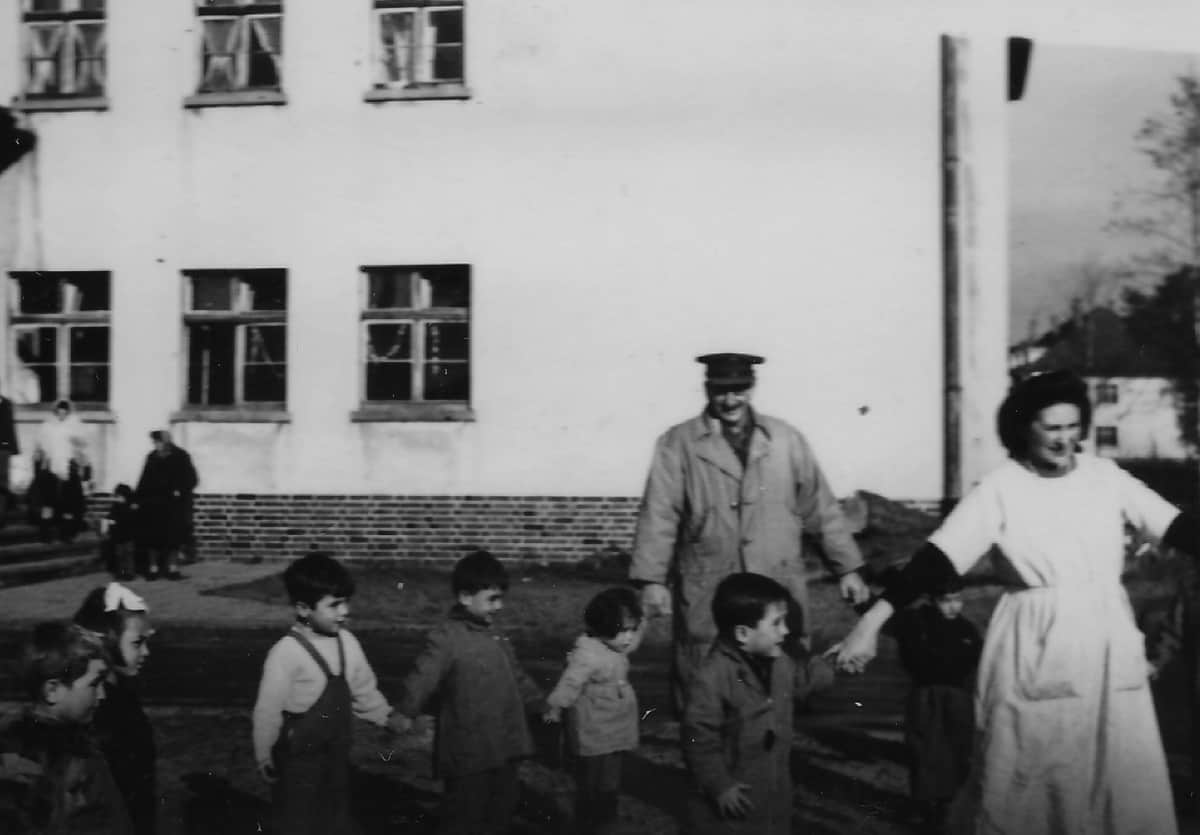 The original extermination camp was destroyed and its occupants transferred to a nearby camp, but they refused to call it anything but Belsen. Simon was quick to take up the post of UN Camp Director as he felt it gave him the opportunity to serve his people.

Of course, he knew the scourge of anti-Semitism only too well, from his days as a  Jewish boy growing up in England. He was devoted to hearing the concerns of individual Jewish DPs as well as liaising with the camp’s Central Jewish Committee. During his time at Belsen, he was able to bring hope into many lives, increase rations and help resettle those he could in the face of strict quotas which restricted the number of Jews into what is now Israel.

Simon was responsible for the livelihood of thousands of men, women and children. As we know from the stories of Holocaust survivors today thankfully there were children who survived the Holocaust. Some of these are pictured with him above along with a kindergarten teacher at Belsen. Apparently, some of the children’s trousers were made of Nazi flags in protest!

Many marriages took place at Belsen after the war and babies were born who would grow up to help build the new Jewish homeland.

As you mark Holocaust Memorial Day, Read Simon’s story and be inspired by this account of a Jewish boy growing up in the UK, fighting in World War I, overcoming anti-Semitism in the Colonial Office and then, in what seemed to be the fulfilment of his life calling, caring for his people in their hour of greatest need.

It is available on Amazon in ebook or paperback.

For more about the book visit www.SimonBloomberg.com

For just $100 per month you can bring the gospel to 10,000 homes. Join us as media missionaries! GIVE NOW
VIEW COMMENTS
« Get God Today with Bill Johnson, J. John, Patricia King & More! The GOD Channel / GOD TV: Helping Believers Follow Jesus! »