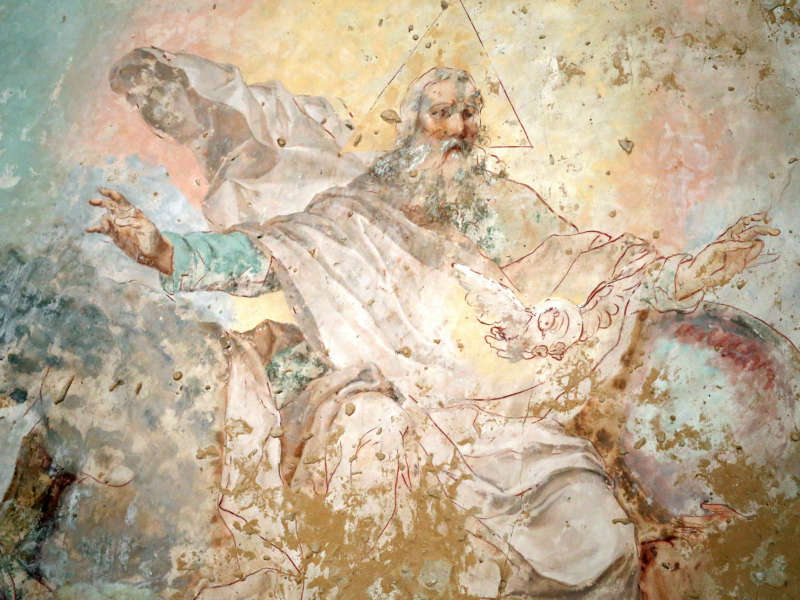 I’ve always imagined spending eternity in the manifest presence of God. You know what I’m talking about – the full-blown glory we catch mere glimpses of that leave us in euphoric awe and wonder. What could be better? It’s what we were created for! It’s the access to the Father that was lost in the garden……isn’t it?

Genesis 3:8 – And they heard the sound of the Lord God walking in the garden in the cool of the day

The writer of Genesis specified the time the Lord was walking, indicating that perhaps He wasn’t in the garden all the time. Is He omnipresent? Yes, of course, and He does know everything, and He promised that He is “with us always, even to the end of the age.” (Matthew 28:20) Yet, His manifest presence is different. When we are in His manifest presence, the last thing we’ll think about doing is something that would separate us from Him. We wouldn’t sin.

…neither would have Adam and Eve.

Let’s think about this. As our children grow, we know that when we are in the room with them, they aren’t going to break our rules. They typically don’t damage the trust we have with them. However, our goal in raising children isn’t to raise children that we have to constantly watch, warn, and discipline. The goal is to develop in them integrity and maturity so that our relationship with them can go to deeper levels.

To develop this character, we gradually increase the freedom we give them. When they steward it well they earn our trust. It takes a lot of love and patience because we must give them choice. Sometimes, even when you know that they might blow it and make a mess. Loving someone demands giving them choice.

Building Trust with the Father

God longs for His children to be mature. He longs for the deep, intimate relationship with His children that comes from trust.  This trust is built by consistently choosing Him and His ways even when His presence isn’t seen, heard, or felt. Those who God trusts know His ways and partner with Him to accomplish His purposes.

John 5:19 – Jesus therefore answered and was saying to them, ‘Truly, truly, I say to you, the Son can do nothing of Himself, unless it is something He sees the Father doing; for whatever the Father does, these things the Son also does in like manner.’

Do What Jesus Did

In parenting, it is amazing when you no longer have to give step-by-step instructions to your child for ordinary, everyday tasks. It’s amazing when you can just say, “do a load of laundry” and not have to instruct them. It’s even more amazing when you don’t have to tell them at all because they learned from watching you. It’s fantastic when  you find out they did the laundry for you without you asking.

Jesus saw what the Father was doing. He had the Father’s trust and used His freedom to do those same things, in the same way. He explains, “For just as the Father raises the dead and gives them life, even so the Son also gives life to whom He wishes.” (John 5:21)

It’s time to ask yourself…

Does the Father to trust me?

What is the Father doing?

For just $100 per month you can bring the gospel to 10,000 homes. Join us as media missionaries! GIVE NOW
VIEW COMMENTS
« Living a Joyful Life Through ALL Circumstances Woman With Autism Becomes A Lawyer »