Justin and Hailey Bieber Open Up About Faith, Fights, and Waiting Till Marriage | God TV
Articles 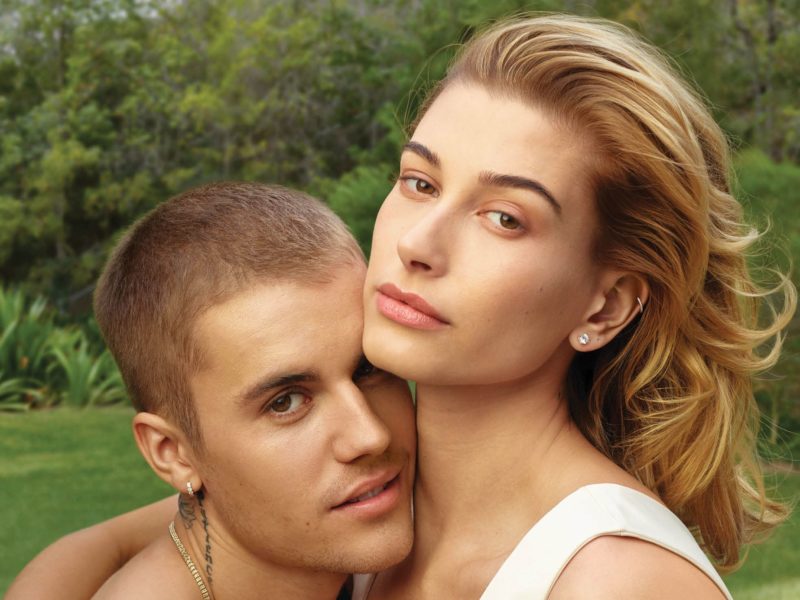 In a recent interview with Vogue Magazine, Justin and Hailey Bieber, give a revealing look into their much publicized, often misrepresented, marriage.

Hailey Bieber (neé Baldwin) is the first to speak about their relationship in the interview and she doesn’t give readers any PR rehearsed glorifications.

“The thing is, marriage is very hard,” says the 22 year-old model, television host, and since this past September, wife.

The young couple opens up about their individual struggles and how this both challenges and blesses their marriage in a way that feels practiced – because it is. Hailey and Justin have accepted guidance and intervention from pastors, mentors, and Christian couples counseling for their entire relationship. They’re well acquainted with transparency. They share the belief that the Lord brought them together, but that it might take work. A lot of work.

“It’s just that I’m fighting to do this the right way, to build a healthy relationship,” Hailey says, “I want people to know that. We’re coming from a really genuine place… I’m not going to sit here and lie and say it’s all a magical fantasy. It’s always going to be hard. It’s a choice. You don’t feel it every single day. You don’t wake up every day saying, ‘I’m absolutely so in love and you are perfect.’ That’s not what being married is. But there’s something beautiful about it anyway—about wanting to fight for something, commit to building with someone. We’re really young, and that’s a scary aspect. We’re going to change a lot. But we’re committed to growing together and supporting each other in those changes.”

Was gonna wait a while to say anything but word travels fast, listen plain and simple Hailey I am soooo in love with everything about you! So committed to spending my life getting to know every single part of you loving you patiently and kindLY. I promise to lead our family with honor and integrity letting Jesus through his Holy Spirit guide us in everything we do and every decision we make. My heart is COMPLETELY and FULLY YOURS and I will ALWAYS put you first! You are the love of my life Hailey Baldwin and I wouldn’t want to spend it with anybody else. You make me so much better and we compliment eachother so well!! Can’t wait for the best season of life yet!. It’s funny because now with you everything seems to make sense! The thing I am most excited for is that my little brother and sister get to see another healthy stable marriage and look for the same!!! Gods timing really is literally perfect, we got engaged on the seventh day of the seventh month, the number seven is the number of spiritual perfection, it’s true GOOGLE IT! Isn’t that nuts? By the way I didn’t plan that, anyways My goodness does feel good to have our future secured! WERE GONNA BE BETTER AT 70 BABY HERE WE GO! “He who finds a wife finds a good thing and obtains FAVOR from the Lord!” This is the year of favor!!!!

Justin, 25, who has been one of the most famous people in the world since he was 13, was thrown into a life of fame, unfathomable wealth, and have-anything-you-want, which led to dark days and nights for the popstar.

“I found myself doing things that I was so ashamed of, being super-promiscuous and stuff, and I think I used Xanax because I was so ashamed… Drugs put a screen between me and what I was doing. ”

But Justin found his way back up – or rather, was divinely pulled up – by the prayers of his mother and the counsel he received through Pastors Carl Lentz and Judah Smith of Hillsong Church. He found refuge in the Church and a fresh start through the Cross.

A new, reformed Justin Bieber emerged, and without giving much concern to losing fans or drawing criticism, he’s preached the Gospel ever since.

When the topic of sex came up in the interview, Justin was characteristically candid.

Justin Bieber and Hailey Baldwin were the most OUT Christian couple of 2018 and the world was ready to throw stones at the first sign of weakness. So it’s much to their credit that they expressed a very Biblical view on sex before marriage and the struggle for purity and honor. (And a sigh of relief was heard by Christians everywhere.)

“[God] doesn’t ask us not to have sex for him because he wants rules and stuff,” Justin explains. ‘He’s like, I’m trying to protect you from hurt and pain. I think sex can cause a lot of pain. Sometimes people have sex because they don’t feel good enough. Because they lack self-worth. Women do that, and guys do that. I wanted to rededicate myself to God in that way because I really felt it was better for the condition of my soul. And I believe that God blessed me with Hailey as a result.”

In the article Justin said that while one of the reasons for their three-month courtship was the desire to have sex, it was not the sole reason for the speedy nuptials. The two have known each other for ten years and even started a romantic relationship years ago only to find immaturity made for a rocky romance. Friendship and faith brought them back together again.

“I prayed to feel peace about the decision, and that’s where I landed,” said Hailey. “I love him very much. I have loved him for a long time.”

While they’ll most likely remain in the spotlight for many years to come, and though it won’t always be easy, I think it’s safe to say The Biebers have a solid foundation. Marriage may be hard but a marriage built on the Rock won’t easily crumble.

“Everyone therefore who hears these words of mine, and does them, I will liken him to a wise man, who built his house on a rock. The rain came down, the floods came, and the winds blew, and beat on that house; and it didn’t fall, for it was founded on the rock.” (Matthew 7:24-27)

For just $10 per month you can bring the gospel to 1,000 homes. Join us as media missionaries! GIVE NOW
VIEW COMMENTS
« 6 Ideas For Helping My Kids Know Jesus Trust »