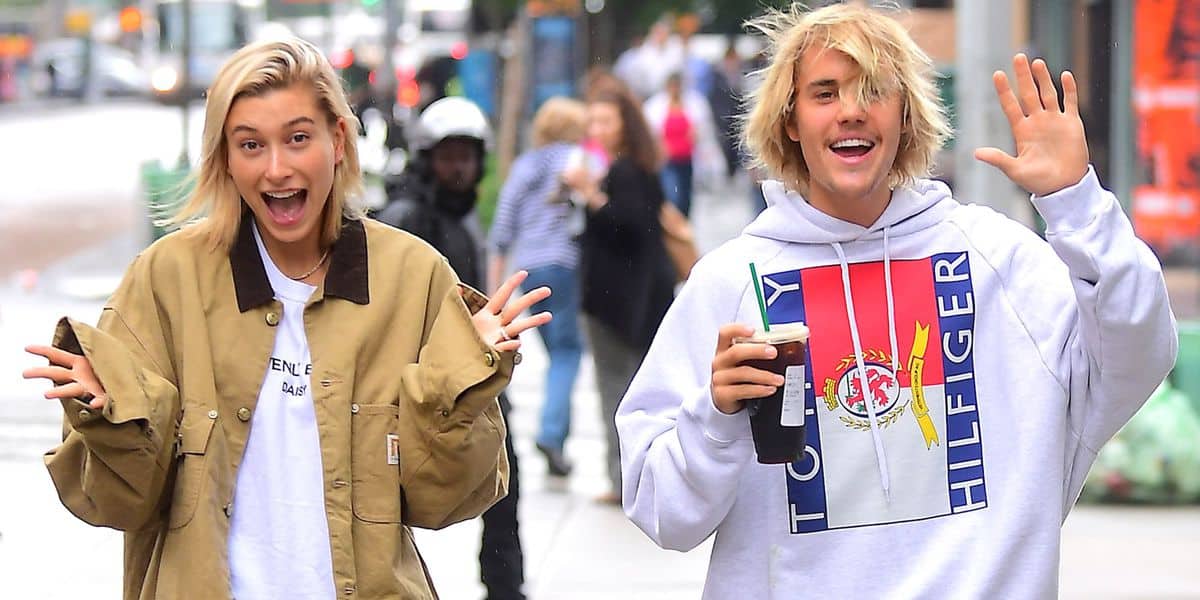 Chances are you have read the headlines that Justin Bieber and Hailey Baldwin were married! They had a secret courthouse ceremony on Thursday, September 13th in New York City! Though they were legally married, it is said they plan on having a religious ceremony that friends and family will attend.

PEOPLE Magazine wrote that a religious source confirmed the couple’s legal marriage. The source then discussed the upcoming religious ceremony, saying, “They’re going to have a big blowout, in front of God and everyone they love.”

As media and fans of the couple look forward to getting a glimpse of the ‘blowout’ wedding, we recently received a brief look at a valuable resource they were using in preparation for their marriage.

Bieber and The Meaning of Marriage

Bieber was seen with author and pastor Timothy and Kathy Keller’s book, The Meaning of Marriage in hand. TMZ released a video on August 8th where Bieber showed the book to the camera. Saying, “You have good days and you have bad days. It’s not real if it doesn’t have bad days.”

The book is based on Keller’s sermon series of the same name. It is said to show the vision of what marriage is supposed to be according to the Bible.

Tim Challies, in reviewing the book said, “Next to our relationship with God, there is no relationship more important than marriage.” He then quotes the book saying, “and that is why, like knowing God himself, coming to know and love your spouse is difficult and painful yet rewarding and wondrous.

Challis then said, “The most painful, the most wonderful—this is the Biblical understanding of marriage, and there has never been a more important time to lift it up and give it prominence in our culture.”

Challies concluded his book review saying, “The Meaning of Marriage elevates marriage, making it something beautiful and holy and lovely. And with it comes friendship and companionship and sex and everything else God has packaged into the marriage relationship.”

A Pastor Recommends The Meaning of Marriage

Murray Campbell, a pastor in Melbourne, Australia, is currently using Bieber’s pictures with the book to help promote it. He has said that the book is worth reading. And he uses it for premarital counseling. In reference to Bieber and Baldwin, he said, “It certainly seems as though this young engaged couple also believe it’s worth reading.”

Campbell believes that Bieber’s picture with the book is extremely important. He shared that the mainstream media may find the book to be controversial because it promotes biblical values of marriage and family. That is a stark contrast to current cultural views that are seemingly laissez faire.

The book defends monogamy and discusses abstaining from sex before marriage. It also discusses the biblical definition of submitting to one another in the marriage covenant.

Campbell told the Gospel Coalition, “They are, and have been, shared by Christians (and many others) all over the world for millennia. These are aspects of a marriage that are taught and encouraged in the Bible. However what the Kellers achieve (following the Bible) is to frame marriage relationships in a consistent and attractive way that helps makes sense of why marriage should be monogamous. And why there are gender complementary roles in a marriage.”

He continued saying, “In reading the book, we discover that the Kellers are only too aware of how marriage is being reframed in Western cultures. And while critiquing these trends, they are not sending readers back to the conservative 1950s either,” he added.

“That’s why it’s worth reading the book; it will surprise. Tim and Kathy Keller are neither mirroring the less-than satisfying views of sex and relationships that turn up on Netflix and Amazon. Neither are they reproducing unhelpful marital myths from previous generations.”

You can purchase the book that is Bieber approved by clicking on this hyperlink.