BREAKING
President Herzog To Visit Bahrain In December Is First-Ever State Visit
The First-known Map Of The Stars Discovered Under Ancient Christian Manuscript
Israel’s 25th Knesset Sworn In, Netanyahu Tasked With Forming Government
Home Articles Justin Bieber Claims He Is Tired Of Religion And Wants To Know The Love Of Jesus 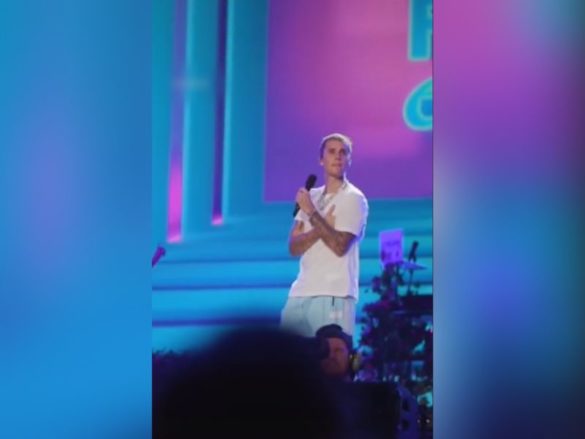 In Los Angeles, Justin Bieber tells fans that he is tired of religion and wants to see the love of Jesus.

As one of the performers in Freedom Experience last July 29, the pop star used the stage to preach Jesus and the freedom He brought to his life.

He declares, “I’m tired of religion, and I’m tired of division. I just want to know what it looks like to love people you know. I know that Jesus goes to where the broken people are.”

“No one’s got it together, you know. We do got hope, and his name is Jesus, and he’s changed my life,” he added.

In one of his previous Instagram posts, it can be remembered how he admitted that he was not a religious man. The 28-years-old emphasized that “Religion points out your flaws and perpetuates discouragement.” Furthermore, religion “makes people feel better than others because they go to church.”

Bieber declares that he is, however, in love, with the One who created him.

He then shared Jesus and declared that He is the Savior of humanity. “I believe that the brokenness of humanity pains God and that he sent an answer and provided hope in Jesus,” he said.

Bieber then advised “to steer clear of religion. But put your hope in the eternal one who died an excruciating death so that you and I could truly live on for eternity.”

He concluded his heartfelt message with an exhortation of pain as temporary. And that heaven is a place where he will be. “One day, I will be in heaven where there is no pain or suffering. But until then, I live by faith and not by sight.”

The Canadian pop icon has been bold in telling people about Jesus. He uses every opportunity to lead them to the Savior and Lover of their souls.