Congrats to Justin Bieber and Hailey Baldwin on Their Engagement 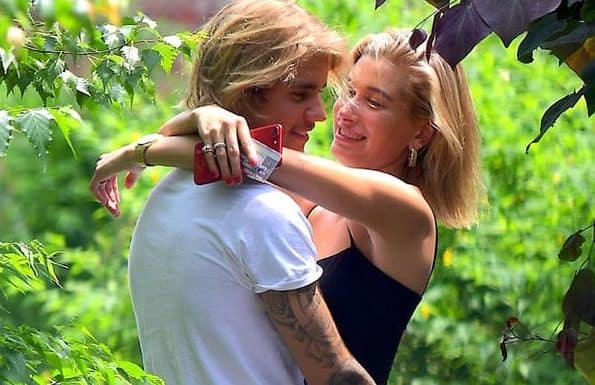 Once again Justin Bieber and Hailey Baldwin are making headlines with reports that they got engaged on July 7th in the Bahamas, – now confirmed by the music phenomenon on Instagram. Justin finally popped the big question and she said yes! This is great news for the young couple who are both believers in Jesus and this union will undoubtedly bolster their faith.

Both are very much in the public eye. He, the most viewed artist in history with 18 BILLION views on YouTube and she a supermodel and TV host. More importantly, both are believers and aware of the Biblical requirement to be equally yoked with one’s choice of life partner.

Over the past year, we have carried several posts about Justin and his bold witness for Jesus and we congratulate the happy couple on this news that many expected as they have been inseparable over recent weeks.

Reading between the lines on Justin’s parents’ social media feeds, it seems they are celebrating something significant. His mother Patty Mallete said “Love Love Love Love Love Love Love” and his dad, Jeremy Bieber tweeted “Proud is an understatement! Excited for the next chapter!”

One of the places Justin and Hailey have been seen together is Hillsong Church in NYC and it is encouraging to know their relationship has a solid spiritual foundation.

Justin’s transformation from rebellious teenager to believer has been remarkable and has truly inspired many people. We’ve heard of his baptism at Hillsong Church, seen him testifying at a benefit concert in Manchester and watched the clips of him singing worship songs. It seems God is clearly moving in his life and we know that when God touches your life, He always has others in mind.

Hailey is the daughter of American actor, director, producer and author, Stephen Baldwin who is well known as an evangelical Christian. It seems he has a long-standing affinity with Justin and personally introduced him to his daughter.

His reaction on Twitter: “Sweet smile on my face ! me&wife (Kennya) Always pray 4 Gods will !! He is moving in the hearts of JB&HB Let’s all pray for His will to be done…Love you 2 so much !!! #Godstiming #bestisyettocome Congrats ❤ @JeremyBieber @pattiemallette #PraiseJesus.”

In an interview with Teen Vogue, Hailey spoke body about her deep relationship with God: “I think that God kind of put me in the place in my life to not be quiet about it, not be quiet about Him, but to reach people and to inspire people. It’s a big part of my life,” she says.

And confirming her engagement to Justin on Twitter, Hailey wrote: “Not sure what I did in life to deserve such happiness but I am so utterly grateful to God for giving me such an incredible person to share my life with! No words could ever express my gratitude ❤.”

We believe God has great plans for this new influential Christian couple and we pray that their relationship will go from strength to strength and He will use their union as a bold witness for His Kingdom.

From Belieber to Believer, Justin Makes a Bold Stand