BREAKING
Israel Has a New Prime Minister
Bennett Coalition Government Collapses, New Elections On Horizon—And The Return Of Netanyahu?
Rooftop “Glamping” Pops Up In Israel
STAND WITH UKRAINE
Home Lifestyle Justin Bieber Gives His Testimony During a Live Interview Then Watch As He Leads Worship at Paris Concert 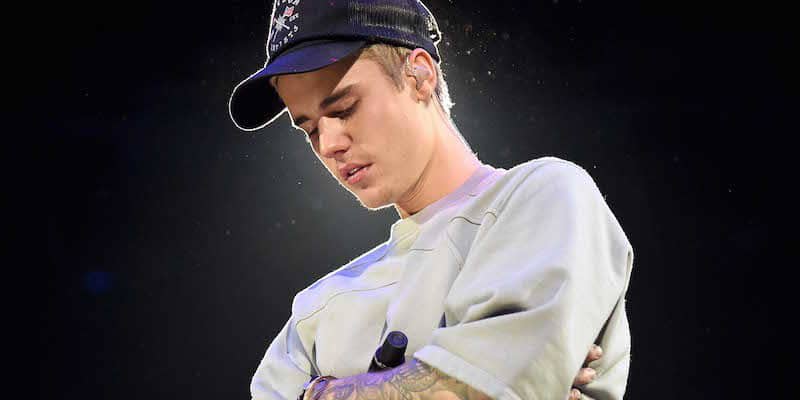 You may have heard Hillsong Pastor Carl Lentz discuss Justin Bieber’s 3 AM bathtub baptism, but wait until you hear Justin’s own take on his return to Christianity. In a recent interview with young radio sensation Zach Sang, Justin was awkward and uncomfortable at times but completely committed to explaining his change of heart. You don’t want to miss his amazing testimony. Plus WATCH him lead worship at his concert in Paris after the jump!

Raised in a Christian home, Justin passively learned basic Biblical principles--Jesus saves, God loves you, blah blah blah. It was never real to him. When he witnessed Christians trying to earn God’s love by showering insincere blessings on others, he ran from Christianity.

Not secure in God’s love, Justin easily wandered into shady shenanigans. But his actions didn’t fly under the radar; he had to endure to the scorching beam of the spotlight. To this day, there’s no shortage of tabloids that continue to rehash Justin’s lowest moments, simply for entertainment. Meanwhile, he has struggled to dig his way out of a mess.

Justin admits that during this “uncomfortable phase” he felt lost because his soul was in a “weird place.” He decided to take a gander back to Christianity to see if he had missed anything the first time.

What did he find?

A new kind of Christianity--at least one that was very different from his childhood understanding. For 2-3 weeks he stayed with Hillsong NYC Pastor Lentz, feeling like he “wasn’t good enough to be around these people who were ‘perfect.’”

But during this time, God worked through Pastor Lentz to reach Justin, teaching him that it wasn’t about his perfection or imperfection, but rather God’s perfection--and His love. 1 John 4:19 broke through Justin’s hardened heart: “We love because He first loved us.”

Once Justin learned that God’s love comes first--and inspires human love--, his whole life changed. He realized that, “He loves you no matter what. It doesn’t mean you can go do what you want … But if I love my girlfriend, I’m not going to cheat on her because I love her so much .. You develop a relationship with God [and] you don’t want to … be judgemental .. [or] hurt people.”

Watch Justin Lead a Stadium full of fans into a worship session!

“If we’re made on this Earth to have relationships with people, then that’s how our God is supposed to be. No just this idea or this thing.”

For Justin, this revelation was a game-changer. Instead of a religion, Christianity became a relationship--which is “much cooler.” Humans are relational beings, and God is no different: “If we’re made on this Earth to have relationships with people, then that’s how our God is supposed to be. No just this idea or this thing.”It was only through this relationship that real change could happen in Justin’s life because he finally knew his worth--in God’s eyes.

“When I’m sitting in my room and I’m alone, I really feel this connection with a Higher Being. It puts an ease to my soul that I can’t describe.”

If you’re a celebrity, there is always a steady stream of fans who each have specific requests: “They’re always wanting something, and I can never tell if it’s authentic.” In contrast, he knows his relationship with God is and always will be authentic: “When I’m sitting in my room and I’m alone, I really feel this connection with a Higher Being. It puts an ease to my soul that I can’t describe.”After flirting with Christianity his whole life, 23-year-old Justin Bieber has found the “peace of God, which surpasses all understanding” (Philippians 4:7).