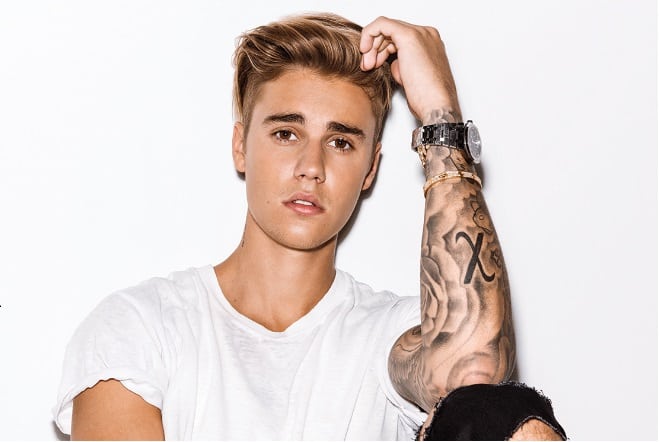 It’s amazing that Justin Bieber is acknowledging his Christian faith so boldly in many different ways – in concert, on social media and through his body art. Even those who don’t like tattoos can see the story of a life transformed in the images inked on his torso.

Justin now sports a cross over his heart, and the words Son of God emblazoned on his abdomen. There is a bear and a lion on his chest and an eagle on his belly with the word ‘purpose’.

“Over a hundred hours of artwork on my body and I wouldn’t take back a single one..,” he says of his tattoos. “I absolutely love art and I’ve made my body a canvas.” 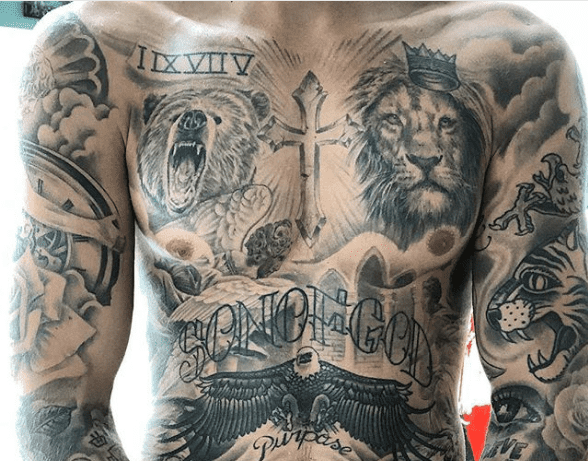 Bieber’s tattoos may not appeal to everyone but nobody can doubt the bold witness of these symbols of Christianity. The lion and the bear can refer to the story of David in the Bible who overcame both before he tackled Goliath. We also know Jesus to be the Lion of the Tribe of Judah and that the righteous are as bold as a lion.

It seems there are several similarities to Justin and David. Both are known for their musical ability. Justin is a singer-songwriter like David with an ability to soothe the soul through his music. Yes, he’s had to overcome some things in life, and yes, bigger battles and temptations may still lie ahead, but Justin like David, certainly seems anointed by God for a particular purpose.

This is something his mother, Pattie Mallete believes with all her heart. She recently shared a prophetic word God gave her before Justin was born and how it sustained her as a single mom. She was suicidal at one point, but God intervened and gave her a reason to live, as well as an extraordinarily gifted son. 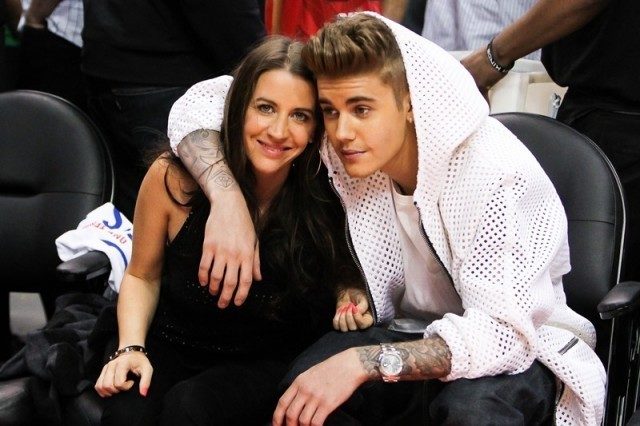 ‘You’re the driving force in my life’

Acknowledging his mom on Mother’s Day, Justin wrote: “You taught me everything, everything you’ve given me I’ll always keep it inside. You’re the driving force in my life.” It’s obvious his mother’s passion for God has inspired his own faith.

We need to continue to pray for Justin and his bold witness. God has given him a vast platform of influence and the enemy will do his best to discredit him. But like David, God is able to use us despite our messes. He’s always willing to meet us where we are at and take away your pain, shame, guilt, and fears.

For years we’ve heard the teaching in Christian circles about the Seven Mountains of Culture that we as the Body of Christ need to impact to make a significant difference. From business to government, media, entertainment, family, education and religion. We thank God we are making progress in all of these areas. And we thank God He is raising up more and more believers in the arts who will boldly proclaim their faith. We look forward to Justin’s much anticipated Gospel album.

For just $100 per month you can bring the gospel to 10,000 homes. Join us as media missionaries! GIVE NOW
VIEW COMMENTS
« GOD TV Tonight? See What’s On This New Year The “Quiet Time” New Year’s Resolution »