Justin Bieber Expresses Regret For Not Saving Sex For Marriage

Music pop icon Justin Bieber recently expressed regret for not having saved sex for marriage. He shared this in an episode of his Facebook Watch series.

During ‘The Biebers on Watch‘ recent episode, Justin said that he would have avoided premarital sex if given the chance to go back in time.

Saving Yourself For Marriage

“If I could go back and not have to face some of the bad hurt that I went through, I probably would’ve saved myself for marriage,” he said, conveying his regret.

Then he continued saying, “I know this sounds crazy, probably like — I don’t think it’s too much information, I think it’s helpful — sex can be kind of confusing when you’re just being sexually active with anybody. We went there. But it’s just true.”

And he added, “I probably would have saved myself for marriage.”

While Justin’s wife Hailey Baldwin, said that she understood her husband’s stance.

She said, “I do agree with the fact that being physical with someone can make things more confusing.”

Later on, Justin revealed that marrying young was always his dream.

“I always pictured myself being married young,” he said. “Because my family — I came from a broken home — so I always wanted to have my own family that was going to be together, and be married, and have children. It was always like a goal of mine.” 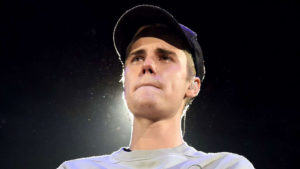 Trusting God In Their Marriage

The couple has been very open about their faith in God and their relationship.

In an interview with Vogue Magazine in 2019, Justin confessed to giving up sex for a year. The pop star admitted that he had a “legitimate problem” with premarital relations. 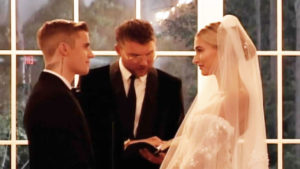 “He [God] doesn’t ask us not to have sex for him because he wants rules and stuff,” he told Vogue. “He’s like, I’m trying to protect you from hurt and pain. I think sex can cause a lot of pain.”

Further, Justin went on to say that “premarital sex often serves as a crutch for people who are making up for a lack of perceived self-worth.”

For that reason, the singer decided to “rededicate” his body to God.

“Sometimes people have sex because they don’t feel good enough, because they lack self-worth,” he said. “Women do that, and guys do that. I wanted to rededicate myself to God in that way because I really felt it was better for the condition of my soul. And I believe that God blessed me with Hailey as a result. There are perks. You get rewarded for good behavior.”