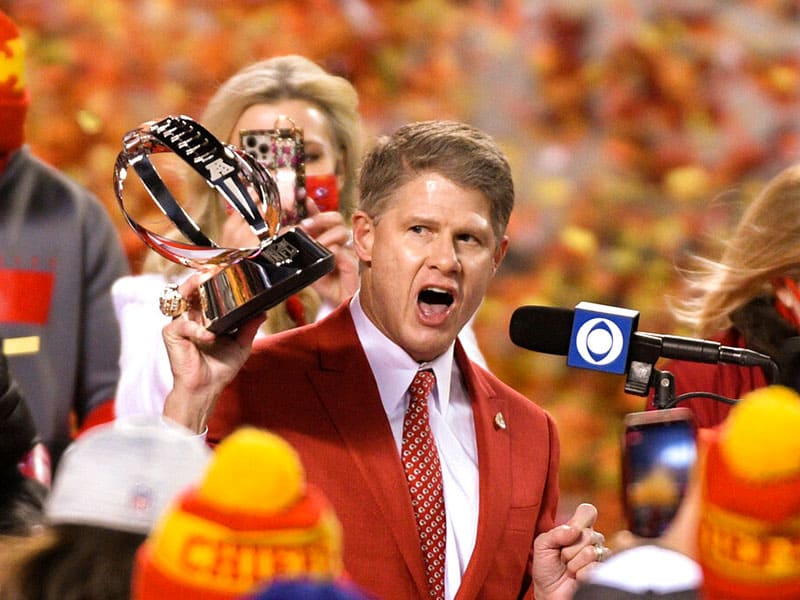 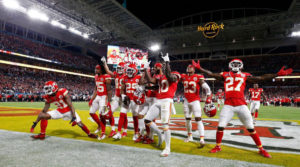 And this year, the Chiefs won against Buffalo Bills in Sunday’s AFC Championship game at Arrowhead Stadium in Kansas City, Mo. Thus, on Feb. 7, they will once again appear in Super Bowl at the Raymond James Stadium in Tampa, Fla.

Veteran, Tom Brady of Tampa Bay Buccaneers, will be up against Kansas City Chiefs Quarterback Patrick Mahomes, who will lead the Chiefs in their bid to defend their Super Bowl title.

When accepting the AFC Championship trophy, KC Chiefs CEO Clark Hunt thanked his team, their fans, and his late father, who founded the AFL and the Chiefs. But above all, he credited God.

“I’m so honored to accept this trophy on behalf of this incredible team, and the best fans in the National Football League,” he said Sunday night. “The Lord has blessed our family in so many ways. Coach (Andy) Reid, what a game today. Great job today. My dad would love the grit and determination of this team.”

“The Lord has blessed our family in so many ways.” – Chiefs owner Clark Hunt#SuperBowlLV pic.twitter.com/UpXRkaEfRE

He also did the same last year after receiving the AFC trophy. He said, “I want to thank the Lord for blessing us with this opportunity. The glory belongs to Him.”

In an interview with Sports Spectrum last year, Kansas City Offensive lineman Stefen Wisniewski highlighted the importance of faith in the team.

“There’s definitely a lot of Christians in the organization, and when it starts at the top, that’s pretty powerful, with the owner, and he kind of sets it from there,” he noted. “But there are definitely players following Jesus on the team too, and it’s been fun to get to know some of those guys and try to share with them and encourage them.”

“At the end of the day, when the confetti’s falling, I just hope it’s Jesus that gets the glory,” he said.

After the Chiefs victory on Sunday night, some team members can’t help but express their joy through their posts.

Kansas City cornerback Antonio Hamilton also wrote, “This Has To Be The Most Amazing Birthday Gift Ever! Gotta Be God! I’m Going To The Super Bowl!!!! #HUMBLEDandBLESSED #DISCIPLINEDandSACRIFICED.”

This Has To Be The Most Amazing Birthday Gift Ever! Gotta Be God! I’m Going To The Super Bowl!!!! #HUMBLEDandBLESSED #DISCIPLINEDandSACRIFICED pic.twitter.com/ax3cJhHH4k