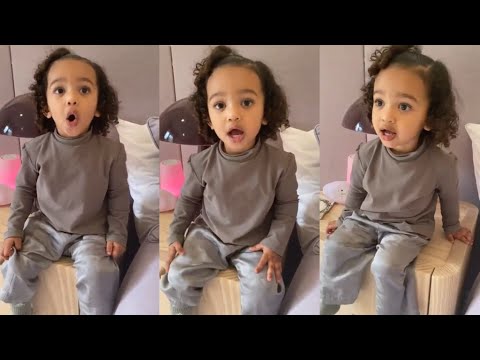 On Tuesday night, Kim Kardashian shared a video of her daughter on Instagram. She wrote, “Chi’s favorite songs ????????✨”

The celebrity couple’s daughter is belting out the song, worshipping Jesus.

Fans and followers couldn’t help but leave their comments.

Instagram user m_o_rogers commented, “I have no greater joy than to hear that my children are walking in the truth. 3 John 1:4.”

And one user noticed a similarity between Chicago and her mom.

“I just realised how much she looks like Kim,” wrote clockworkkshadowhunter.

Also, some deemed the toddler’s singing as the “Best rendition of Selah EVER.”

Kanye West And His Family’s Faith In God

She and her children have been joining Kanye West at church every week. And Chicago’s adorable video singing worship can attest to the Church’s influence. The youngster is clearly inspired by her parents’ worshipping God.

Chicago’s own worship moment has now reached millions of views on Instagram.

Kim also revealed in an interview with People Magazine “that keeping her children grounded is a top priority and they are aware of their blessings.” She said, “I really do believe my children are well adjusted and know they are blessed.”

We look forward to hearing more worship from Chicago West!