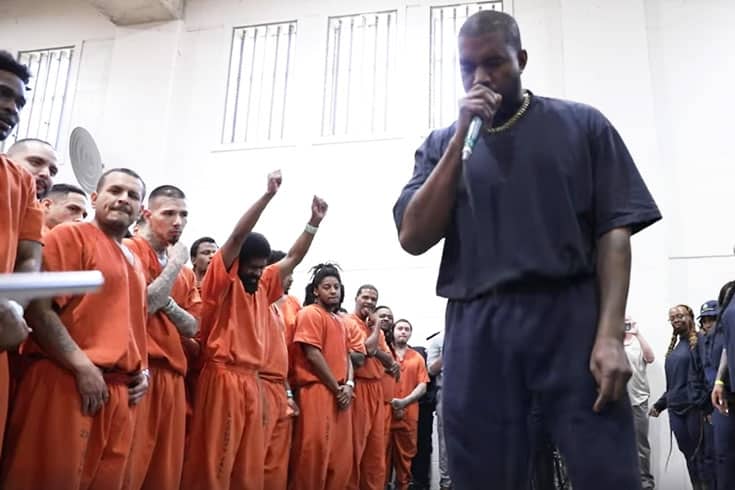 Kanye West has been dominating the news headlines. Ever since he accepted Jesus, his 180 has been evident. From his family, to his career, and to his daily life, he’s been busy glorifying God. Every day he surprises more and more people with how he’s living for Jesus. Recently, he brought the Good News of Jesus to Harris County Jail in Texas. 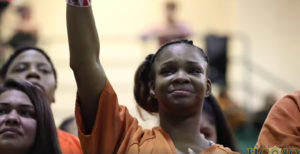 In a video posted by the Harris County Sheriff’s Office, Kanye is seen performing his songs from his ‘Jesus Is King’ album to the prisoners. Along with his choir, he brought some light to these people inside the jail. He gave them hope and joy through Christ.

Bringing Hope To The Prisoners

The inmates’ faces lit up after Kanye and his 100 person choir entered the place. Their excitement is evident at seeing a such a big star taking the time just to be with them.

According to the report in TMZ, Kanye reached out to the law enforcements to set up the whole thing. He and his team wanted to surprise the inmates to bring some hope. It was said that they stayed there for a couple of hours. They performed to both male and female inmates – each over a hundred couple of people. 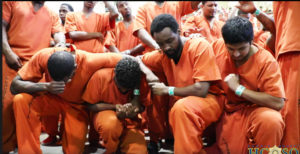 The Love Of Christ For All Sinners

Kanye hugged the prisoners without hesitation. He genuinely showed them God’s love. But he most important part is that he shared the Gospel with them. The very thing he knew they needed the most.

Some of the convicts cried and kneeled as they received Jesus as their Lord and Savior. They never hesitated to raise their hands in prayer and worship when Kanye asked them to. Furthermore, he powerfully led these people to worship the one true God too.

Watch the video below to see this beautiful moment of prisoners coming to Christ as Kanye introduces Jesus to them. Jesus be glorified!