Katy Perry – Has She Come Back to God? | God TV
Faith 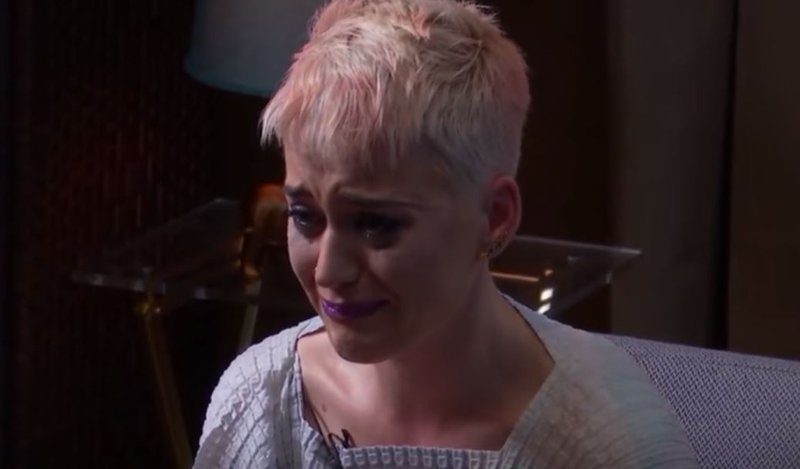 It has been widely reported that pop icon, Katy Perry is ready for a ‘Big Soul Overhaul’ but what do we make of that? Has she reconnected with her Christian roots?

Katy Perry is one of the world’s most successful recording artists, known for her powerful voice and innovative lyrics. She has had years of back-to-back hit albums and record-breaking successes, won multiple awards, is followed by many millions and her participation in American Idol has brought her even more widespread acclaim. People value her opinion, whether she is judging a performance or talking about her life.

So, when Katy recently spoke of ‘a big soul overhaul’ the ears of many Christians worldwide pricked up in the hopes that her mother’s prayers had finally been answered. Many of our readers are aware that her parents are pastors and that her mother believes God told her Katy “will do something great for God.” (Katy Perry’s Mother Shares Her Pain and Urges Parents to Pray For their Prodigals)

For those of us who have a praying mother we know the amazing power of prayer and sometimes God allows us to see glimpses of how He has blessed us because of our mother’s faithfulness, even when we ourselves are not serving Him wholeheartedly. The Bible says it is the goodness of God that leads a person to repentance and this is clear for all to see!

For those unaware, Katy started her music career as a Gospel singer under the name Katy Hudson, however, she later reinvented herself as Katy Perry, using her mother’s maiden name. Of course, her Bible-believing parents weren’t fans of Katy’s hit ‘I Kissed a Girl’ that became an enormous gay anthem worldwide – but they have always supported their daughter and we know God answers prayer.

Katy’s relationship with God is between her and the Lord. However, as she is so influential she has the ability to lead people in both positive and negative ways. It would be wonderful if she has returned to her Christian roots, there does seem to be signs that God is working in her life, and that is encouraging… but in order for her to be an effective witness she will need to allow for some spiritual growth.

Speaking to Vogue Magazine recently Katy said: “My mom has prayed for me my entire life, hoping I’d come back to God. I never left Him, I was just a little bit secular, I was more materialistic and more career-driven. But now that I’m in my 30s, it’s more about spirituality and heart wholeness.”

Certainly, it seems Katy has never been ashamed of the Name of Jesus.  She has ‘Jesus’ inked on her wrist as you can see in the photograph. This is a bold statement in itself but does Katy really believe He is the Way, the Truth and the Life?

We saw Katy visibly moved to tears on American Idol by Christian contestant, Shannon O’Hara who she described as “a secret, spiritual Ninja”. Only God can melt a person’s heart and one way He does this is through music.

Katy has also written a beautiful song entitled ‘By the grace of God’ which describes a dark time in her life when she split up from her ex-husband, British comedian, Russell Brand.

Some have interpreted these words, as finding the strength to overcome suicidal thoughts and make a decision to keep on living. It’s no secret that Katy has struggled to cope with fame and has had to deal with bouts of depression.

Being adored by fans, worth millions and living the high life doesn’t seem to be sufficient to guarantee a happy life.  Mark 8:36 says “For what will it profit a man if he gains the whole world, and loses his own soul?” Everything the world has to offer is nothing in comparison to the abundant life only God can deliver.

Katy says she never left God, but we all know that as Christians we are on a journey of spiritual growth where we put off the old man and embrace the new man. We don’t stay baby Christians who are fed only milk, we grow to a place of maturing where we can feed on the meat of the Word of God,  embracing sound doctrine.

Coming back to God requires repentance. That is turning around from our past rebellion against God and His Word and embracing the truth of the Scriptures Let’s continue to pray for Katy. Her boyfriend Orlando Bloom is a Buddhist and we know the Bible’s cautions us to not be unequally yoked with unbelievers. Having a spouse that does not believe the same things as you do makes the daily Christian walk that much harder.

Katy also promotes things that go directly against God’s Word like Transcendental Meditation and Yoga and she is a vocal gay activist.

It’s wonderful her parents are still praying for her, holding on to the prophetic word they received about her when she was a child.  I would not be a serving God today if it wasn’t for my mother’s unending prayers which brought me back from the brink of disaster. Let’s continue to pray for Katy and her spiritual growth, that God will raise her up as a mighty woman of God.

For just $100 per month you can bring the gospel to 10,000 homes. Join us as media missionaries! GIVE NOW
VIEW COMMENTS
« Is The Church Missing The Mark? GOD TV Christmas Challenge: DAY 21 »