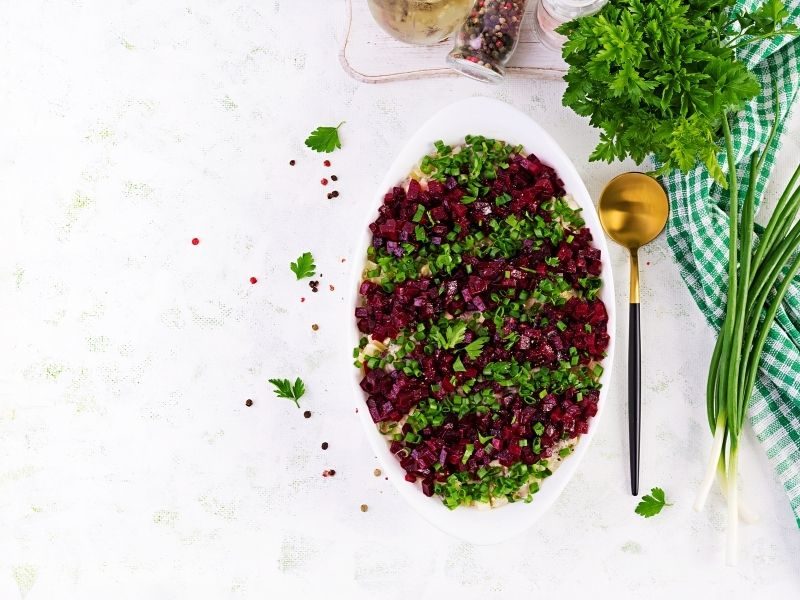 Jewish communities are still keeping kosher today. They often describe kosher food as “blessed by the rabbi.” But, kosher is a Hebrew word that literally means ‘fit’ or ‘appropriate.’

Kashrut, or the Jewish dietary laws, originated from the Torah. According to Genesis 1:29, God introduced vegetarianism as an ideal diet. It wrote, “God said, “See, I give you every seed-bearing plant that is upon all the earth and every tree that has seed-bearing fruit; they shall be yours for food.”

But Leviticus 11 changed it and included certain animals for food. God now shared a variety of animals that are considered kosher. The dietary law stated that among the land animals, only creatures with split hooves and chews their cud are acceptable. For sea animals, fish that has both fins and scales are approved while there are only selected birds that are provided in the Torah (Leviticus 11). Moreover, the Torah recorded that cooking a baby goat in its mother’s milk is forbidden. It was emphasized by mentioning it three times in the Bible.

However, over the course of years, rabbis in the Talmud developed a system of characterizing foods, of which are kosher or not. They applied principles and ways of handling and consuming their kosher meal.

For example, slaughtering a kosher animal has to be done in a prescribed way. The command comes from Deuteronomy 12:21, which stated that anyone who wishes to eat meat must first slaughter the animal. It means that if an animal dies on its own, and was not slaughtered, it should not be eaten. The same goes if a limb is cut from a living animal. Furthermore, slaughtering a parent animal and its young on the same day is prohibited.

What Happens During Brit Milah, The Jewish Tradition Of Circumcision?

Ultimately, the most fundamental element of kashrut is the separation of meat and dairy products (the basis comes from the goat and mother’s milk command.) Today, they have developed the use of different pots and dishes to ensure total separation between milk and meat products. That is why Jewish people wait several hours before eating a dairy product after consuming meat meals so that the products won’t mix inside their stomachs.

For just $100 per month you can bring the gospel to 10,000 homes. Join us as media missionaries! GIVE NOW
VIEW COMMENTS
« How A Jewish Lawyer’s Thirst For Knowledge About Jesus Led To Finding Yeshua God’s Word For You Today: God Is Answering Your Prayers! Receive it! »