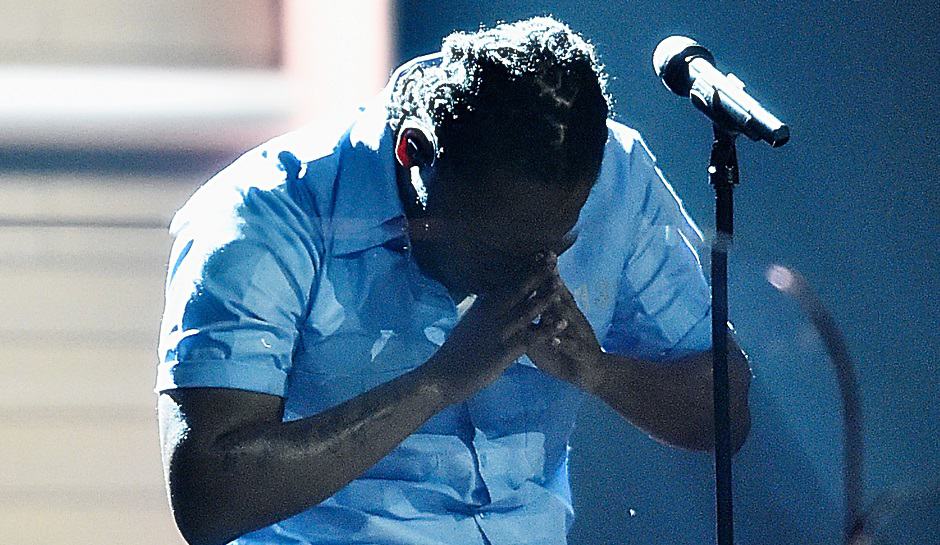 Kendrick Lamar Calls On Church to Preach the Hard Truth

Finding balance in the tension of God’s love and discipline is difficult, but it’s not beyond rising talent Kendrick Lamar, who has been labeled the “biggest Christian rapper of all time.” At this point, Lamar probably needs to buy a storage unit for all of his Grammys – Best Rap Album, Best Rap Song, Best Rap Performance, and Best Music Video. But Lamar is not motivated by the things of this world that tarnish and lose value. His mission is to further the Eternal Kingdom of his Heavenly Father.

“My word will never be as strong as God’s word. All I am is just a vessel, doing his work.”

In fact, he even downplays his own carefully thought-out lyrics: “My word will never be as strong as God’s word. All I am is just a vessel, doing his work.” For Lamar, this work is to find the Truth – not simply a watered-down, lovey-dovey gospel that is all too common in a society that values comfort over truth.

For the first time in history, moral relativism – or the idea that all ways of thinking and living are equally valid – has taken hold. It is the motto of the West, and it has led to confusion and chaos. In a society that highly values any and all “truths,” the real Truth is sidelined – unless, that is, it focuses on a message of profound love. And that, my friends, is the sole message of many mega-churches that preach the “popular” gospel.

Sure, God’s unconditional love – a love so powerful that He sent His only Son to die for our sins – is a defining message of the Gospel. But according to Kendrick Lamar, if we stop there, we miss the other half of the Truth. In an email to DJ Booth, Lamar explained, “God is a God of “DISCIPLINE. OBEDIENCE. A JEALOUS God.”

That’s right – God is jealous for our hearts.

As a father who seeks the love of his children, God wants our hearts. It’s not enough to half-heartedly “believe” in a god – while also worshiping drugs, money, sex, and pleasure. There is one Truth with a capital “T” – not many truths. And Lamar calls us to return to it and rediscover a moral compass.

After all, how can we say that all ideas are equal when there are regimes and individuals who brutally slaughter the innocent? The Bible portrays a struggle against good versus evil, and that war is still being raged today. Leaders like Kendrick Lamar continue to fight the good fight.

The Consequences of Sin

In his email to Booth, Lamar goes on to say that sermons he heard as a child were empty and one-sided. As an adult, he has actively pursued the full Truth, deeply engaging with Scripture. According to Lamar, “After being heavily in my studies these past few years, I’ve finally figured out why I left those services feeling spiritually unsatisfied as a child. I discovered more truth. But simple truth.”

Lamar discovered that God is love, but He is also a God of discipline.

According to Lamar, he fears God because he understands that “every conscious choice of sin will be corrected through his discipline … through your sufferings, or someone that’s close to [you].” Yes, Lamar, a rapper who is constantly surrounded by temptations of this world, does not rationalize away sin as a part of the game. He actively fights against it out of allegiance and obedience to his Heavenly Father.

An Earnest Quest For the Truth

Lamar is not preaching fire and brimstone. Far from it, he’s simply a man who is earnestly seeking the Truth – and it shows. He calls on Churches to preach the whole Gospel – not just the parts that draw in an audience. This is radical discipleship – using any status or fame as a platform to proclaim the full Truth – even if it flies in the face of society’s norms.

Lamar has issued a challenge to live in the tension of God’s love and discipline.

Are you up for his challenge?

Below Is Taken from an Interview with The Inquisitr

Apparently, Kendrick Lamar’s fan base is well-aware of his relationship with God. However, does that make Lamar a “Christian rapper,” or a rapper who is Christian? There’s a difference between the two.

Unlike artists who label themselves as Christian rappers, Kendrick Lamar doesn’t subscribe to the social stigma which usually comes along with the topic. Since 2009, a large portion of Kendrick Lamar’s songs have included lyrics pertaining to his relationship to God.

“It’s a true story… These are moments in my life deeper than just handing somebody a dollar…. Me talking to him was simply a thank you from God. And I felt God speaking through him to get at me.”

However, in essence, Kendrick’s songs are about his life and the situations he’s encountered throughout his journey as a man. In multiple Lamar interviews with MTV — in 2011 as well as 2015 — Kendrick has expressed that God is always with him. Likewise, as in “How Much Does a Dollar Cost?,” the affluent rapper mentions that he notices when God uses people to speak to him. During Kendrick Lamar’s 2015 interview with the source, he noted as follows.