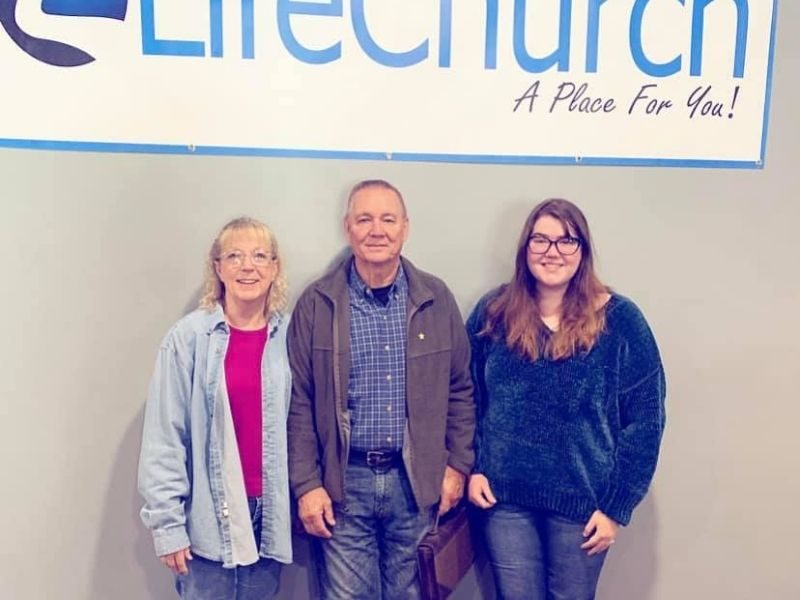 Three people who were deaf have testified how God touched their lives when their hearing loss was complete healed. They were all moved to tears after receiving prayer.

Paula Patterson, Kayla Medin, and Terry Maloy expected nothing while going to church in Lifechurch Middlesboro one Sunday. Accordingly, Paula,  63, she had been deaf in her right ear since she was 7. Kayla, 25,  suffered a degenerative hearing condition in her right ear. And Terry, 68, had constant ringing in his ears for over 20 years.

After the sermon, Paula was the first one who approached to ask for prayers of healing. “When I didn’t see anyone going to the healing prayer station, I decided I would go,” she said.

“I didn’t even think about the deafness in my right ear as I had it prayed over so many times, with no results. I just figured it was something I was going to live with the rest of my life.”

During the prayer, she sensed heat running over her body. She recalled, “And then I heard two pops. And the next thing I noticed was that the music was really, really loud — that’s when I realized I could hear out of that ear as well!”

Seeing the power of God in Paula, pastor of Lifechurch, Paul Long called for Kayla who was part of the worship team. Kayla said, “As soon as I came down off the platform and started to take a few steps, each step it got harder and harder to walk.”

She explained, “It wasn’t anything holding me back, but the presence of God was just so heavy, with everyone praying, it was like the air felt dense . . . I never experienced something quite that tangible, where you could feel that undoubtedly something [of God] is going on.”

Kayla’s husband went with her and after receiving healing, they just held each other and cried in gratefulness.

Terry was the last one to go up. Paul then prayed for him. “He started praying for me — the presence of God was so real — and then he cupped his hands over my ears. As soon as he did that, it was like I put a headset on and I could hear, I could hear everything! The ringing in my ears had stopped — the Lord had touched me!”

Paul affirmed the healings as not just for a moment. “I’ve spoken to all three of them this week, and all three healings stand.”

Serving in the ministry for 51 years, he stated that it was the first time he personally witnesses a miracle. “I’m still having a hard time articulating what I saw.”

For just $100 per month you can bring the gospel to 10,000 homes. Join us as media missionaries! GIVE NOW
VIEW COMMENTS
« Boy Weeps After Hearing His Late Mom’s Voice In Stuffed Toy Gift Malawi Will Be First African Country To Relocate Embassy To Jerusalem »