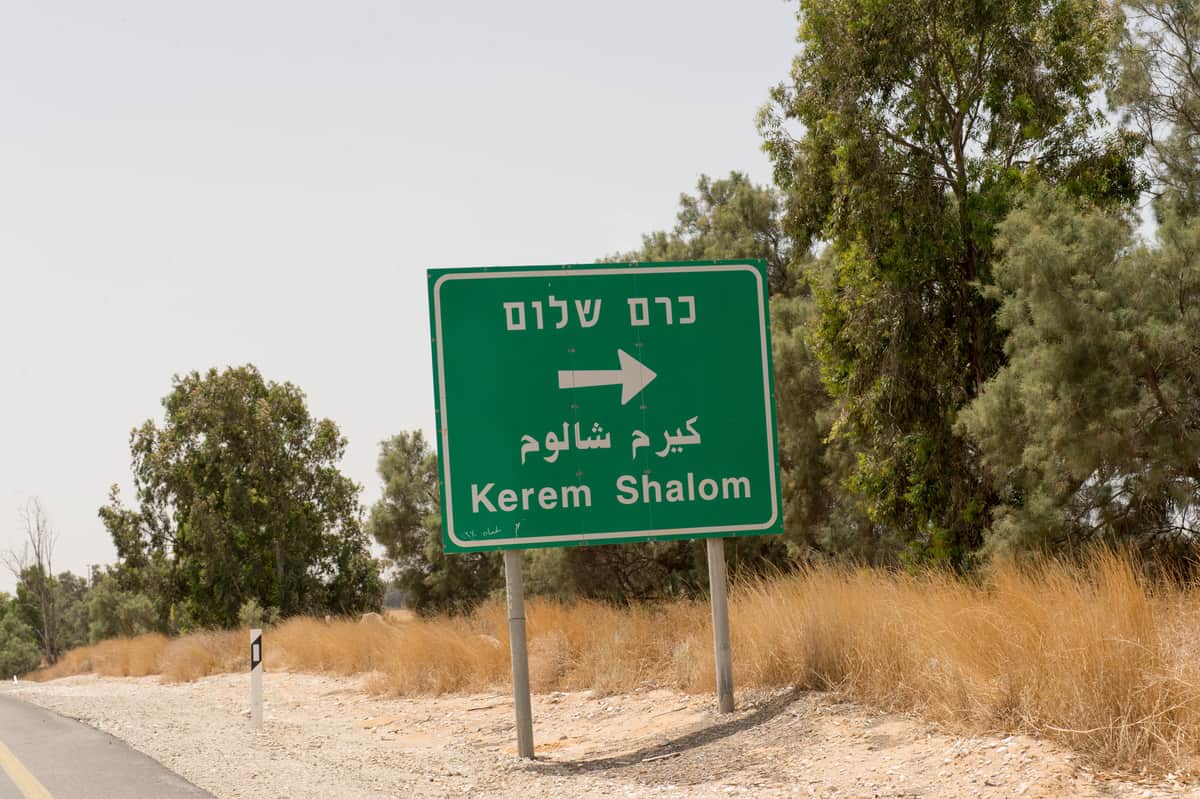 Israel reopened the Kerem Shalom crossing on the Gaza border on Wednesday morning a day after Defense Minister Avigdor Liberman said that should Hamas uphold the relative calm of the past few days, Israel would reopen the crossing and extend the shipping parameter for Gazan fishermen to nine miles from the shore.

The crossing has been closed since August 1st, when Liberman decided to close it as a response to the continuing arson kite terror emanating from Gaza.

Following the reopening, Defense Minister Liberman released a special message to Gaza’s residents in Arabic, using the Facebook page of the Coordinator of Government Activities in the Territories.

“Last week, the IDF landed a strong blow on Hamas targets in Gaza. Unfortunately, it was only after we destroyed Hama’s internal security headquarters, and after a violent Friday on the fence, which saw three killed and dozens injured, was quiet achieved,” said Liberman, adding that the last four days have been the quietest since the latest wave of violence erupted in late March.

“I differentiate between Hamas’ leadership and the citizens of Gaza,” Liberman continued, “That is why I decided to open the Kerem Shalom crossing and to re-expand the fishing parameter, as a clear message to the people of Gaza: Quiet pays and violence does not. Gaza’s residents have what to gain when Israel’s civilians enjoy quiet and security, and they have what to lose when that calm is violated.”

Liberman continued to stress that Gaza’s residents “must realise that Israel is not the problem, but the solution,” adding that the real problem is Hamas’ leadership, “which uses civilians as live ammunition and human shields.”

Speaking about the prospect of any long term agreements with Hamas, Liberman stressed that any such deal would have to include the return of  civilians and remains of soldiers held in Gaza by Hamas.

“What will ultimately determine things,” the defense minister added, will be “reality on the ground.”

“Let it be clear< Liberman said. “We will do all that is necessary to guarantee the security of Israel’s civilians, and should Hamas return to violence, we will respond immediately and in a much harsher manner than in previous rounds.”

Also Wednesday, the London based Arabic daily Asharq al-Awsat reported that Hamas is prepared to discuss a long term agreement with Israel, which would include large–scale economic projects, as well as a prisoner swap deal. Furthermore, Hamas has expressed its readiness to allow the Palestinian Authority to return  to the Gaza strip as part of Palestinian reconciliation.

The Al-Hayat newspaper, which is also printed in London, has reported that the deal in question “is closer than ever,” and that, should the few remaining obstacles be removed, Hamas and Israel are set to sign a deal similar to the one reached at the end of Operation Protective Edge in 2014, in which Hamas and Israel agreed upon a three year ceasefire. According to the report, Hamas refused to a member of the rival Fatah party being the Palestinian signee of the deal, insisting that a Hamas’ representative stand at the head of a team that includes representatives from all Palestinian factions, and that he will be the one to ultimately sign the deal.

Lebanese paper Al-Ahbar has reported that representatives from Hamas and Fatah are set to hold joint meeting in Cairo soon, in order to discuss the reconciliation efforts. The talks are to be mediated by representatives of Egyptian intelligence.