Kevin Durant Says God and the Bible Made His Career 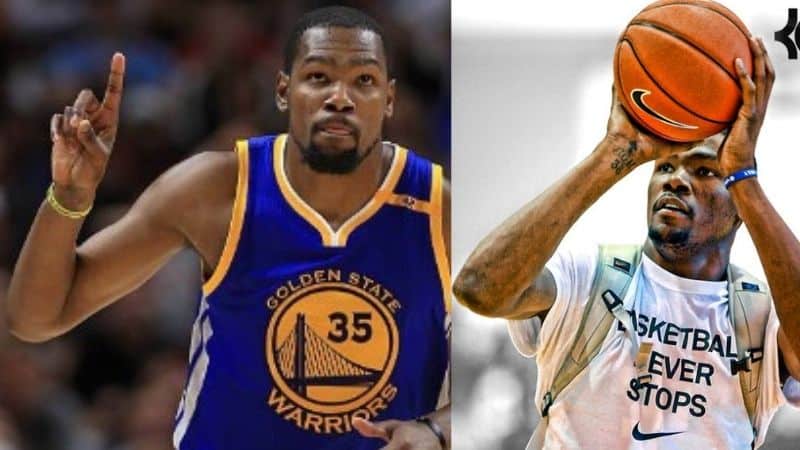 When asked where his success comes from, Kevin Durant said he himself has nothing to do with it – “It’s all Him.”

The Faith of Kevin Durant

In an interview with Beyond the Ultimate, the Golden State Warriors player said that the Bible energizes him to excel. “The Bible both pumps me up and balances me to play my best,” He said.

In an earlier side-line interview Kevin deflected praise and gave God all the glory. “Is all I can say, Jesus Christ… It’s all Him.”

"JESUS CHRIST IS LORD OF MY GAME" KEVIN DURRANT

Kevin has been an outspoken Christian for years and was even baptized at Hillsong Church in New York City.

“I’m not perfect at all by any means. I’ve got a long way to go to become closer to the Lord, but hopefully, I can continue to stay on the path. I might take a few steps forward and take a couple of steps back and take some steps forward, but I want to get better.” – Kevin said.

Even though he has reached significant achievements in the field of Basketball, he remains humble.

“The Bible says the Lord exalts humility, and that’s one thing I try to be all the time. When people tell me I’m great, I remind myself that I can always be better. Humility comes before honor,” he said.

Kevin says he is thankful to the Lord for the gifts he has.

The Golden State Warriors and Beyond 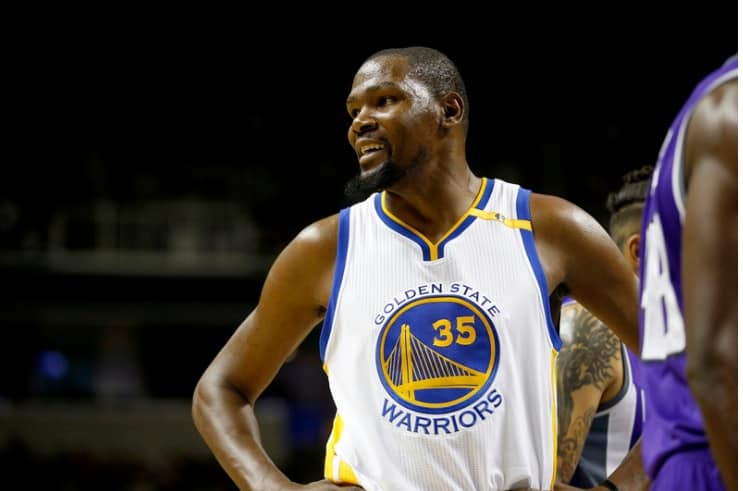 Durant has four NBA titles, and has also won an NBA Most Valuable Player Award and two Olympic Gold Medals. And, in 2008, he received the NBA Rookie of the Year Award. With titles like these, he is undoubtedly one of the best athletes in the world.

In 2016, Kevin decided to sign a two-year contract with the Golden State Warriors and is now a free agent. We pray the Lord continues to lead Kevin’s career and heart.