Keys to a Life of Integrity 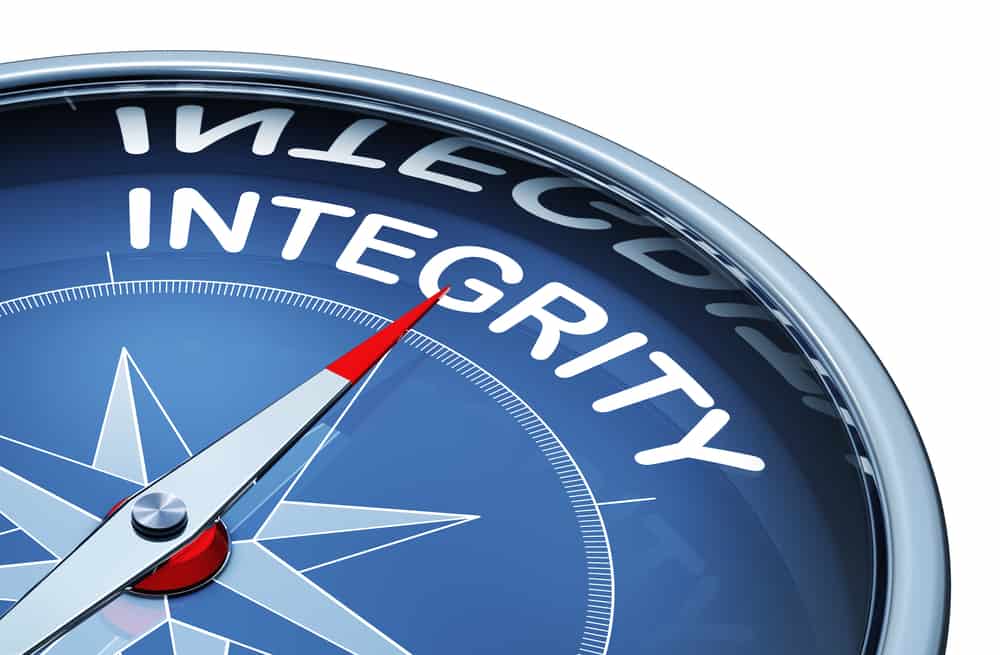 Proverbs 22:1 says… “A good name is to be more desired than great wealth…”

Integrity is not wearing a cross around your neck, then coming to church, acting like a Christian, and then going home and being a mean or abusive husband, a disrespectful wife or an uninterested parent. That’s duality…hypocrisy, but not Integrity. Integrity means that you don’t hold or profess you’re a Christian, but in your job you do a bad product, you’re rebellious against your boss, you gossip, you act unethically, and you lie… that’s hypocrisy.

Proverbs 10:7 says that “The memory of the righteous is blessed…” Integrity is what you are. Reputation is what people think you are. Listen, you cannot be true successful in life when you are disrespected by the living because you have no integrity. The one thing that will carry on beyond your life here on earth will be the memory of your Integrity.

In verse 20 we read his words, “taking precaution so that no one will discredit us in our administration of this generous gift…” You see, he’s concerned with their integrity in the handling of the money. Integrity means everything! Paul said we’ll go out of our way, we’ll be careful, that nobody should discredit us. Biblical integrity is not just doing the right thing; it’s a matter of having the right heart and allowing the person you are on the inside to match the person you are on the outside. We need to cross every T and dot every I.

1. If you don’t have Integrity it will affect you and your ability to lead and to minister.

2. If you don’t have Integrity it will affect those closest to you. It is awfully difficult for a woman to respect a man who will profess Christ on Sunday but live in an abusive way for 6 days. For that wife to have as her chief occupation making sure that the word doesn’t get out on her husband.

3. If you don’t have Integrity you’re also going to affect God. God cannot truly use a man or woman who lacks integrity…see also Samson.

So, what do we do? You do what Jesus said:

• You get your life straight.
• You reconcile if you need to with those you hurt due to your duplicity.
• You look at yourself in the mirror, and know a change is needed and repent for your duplicity.
• You start crossing you T’s and dotting your I’s.
• You start taking precaution so that no one can discredit you.
• You guard your integrity because it’s what you are.
• No, you’ll never be perfect, but you work on never letting your life have holes poked in it.

It’s been said that the reputation of a thousand years may be determined by the conduct of one hour.

This article was written by Brad Tuttle, a former  US Navy diver and national powerlifting champion. Brad was a member of The Power Team and now pastors the Harvest Church International, along with his wife Jana.

Brad served in the armed forces as a U.S. Navy Diver. He was a former All-Natural National Powerlifting Champion, and was one of the original members of the evangelistic strength ministry The Power Team. Brad is a licensed and ordained minister and has traveled the world extensively preaching the Gospel. He holds a Doctor of Biblical Studies degree from Masters International University of Divinity. Brad and his wife Jana pastor a local congregation and have their own evangelistic ministry where they equip and teach people. As well, Brad works as an Executive Protection Agent (PPO), and a Firearms Instructor, and host his own YouTube channel, “Shooting Straight with Brad Tuttle.”