BREAKING
Catch a Ride on a Shared Scooter—“Micro-mobility” Coming to Tel Aviv Next...
Israel Military to Conduct First-ever Simulated Strike on Iran
‘Injury to the Heart of Iran’: Details on the Life and Death...
STAND WITH UKRAINE
Home Articles Woman Under Arrest Shocked By Prayer Of The Kind Police Officer

Woman Under Arrest Shocked By Prayer Of The Kind Police Officer 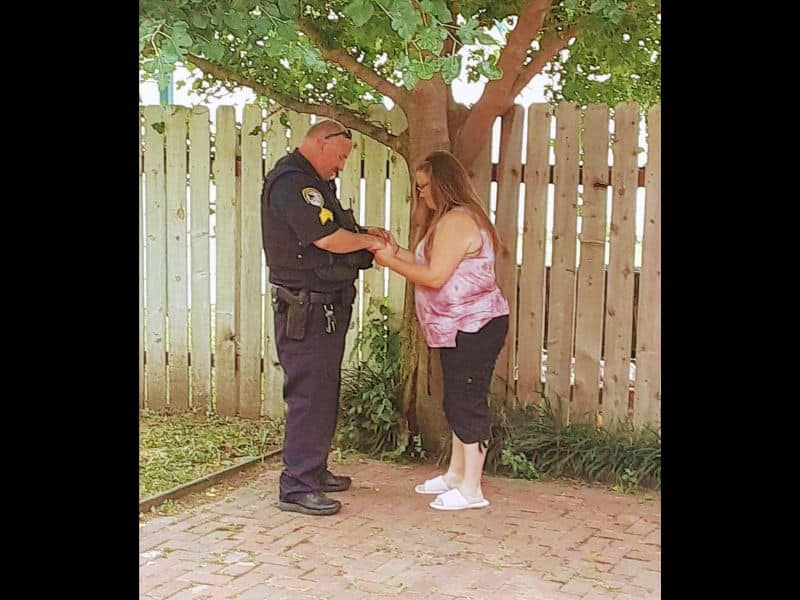 A Hutchinson cop remembered a woman he arrested some time ago. Upon recognizing her, the kind police officer called her out to the side to bless her with a prayer. The surprised woman was grateful and shared her experience on Facebook.

Misti Doyle posted a picture of her and Police Sgt. Truan, who were holding hands in prayer. She called the captured moment “amazing” and “impactful.”

Misti recalled that Sgt. Truan was one of the police officers who arrested her on September 15, 2019. During that time, she was in deep addiction. But, even though society saw her as an addict, Sgt. Truan did not. He even made sure that Misti was comfortable in the police car.

She said, “He made sure I had plenty of water to drink and spoke to me with respect, kindness, and compassion even though he still had a job to do. And I did get arrested that day.”

The outstanding officer also encouraged Misti when she was so downcast with her failure. She did not forget what he told her. “People make mistakes,” he said. “We’re only human. It’s not the mistakes that we make, [but] it’s what we choose to do after those mistakes that really count.”

The now-Christian woman wanted to inspire others by how Sgt. Truan lived out Christianity.

“Although we’ve been on opposite sides of the law, this officer had nothing but the best intentions and wishes for me. Addiction is an ugly thing that not only affects the addict but also the family of the addict, the community, officers, and their families. But, most of all it affects all of our children.”

She further said that Sgt. Truan exampled God’s grace and changed her life completely.
As a result, Misti learned to respect others, especially police officers. She did nothing but break the law, yet they showed her kindness and love.
This is an example of God’s grace. May we be like Sgt. Truan, and ultimately Jesus, who will also bring impact to the lives of others.
Reference: Facebook | Misti Doyle