BREAKING
Israeli Forces Arrest 20 Terror Suspects In Judea And Samaria
Israel’s Newest Military “Secret Weapons”
Israel Signs Historic Deal With European Union To Export Natural Gas Through...
STAND WITH UKRAINE
Home Articles How To Get Into The Kingdom Of God

How To Get Into The Kingdom Of God 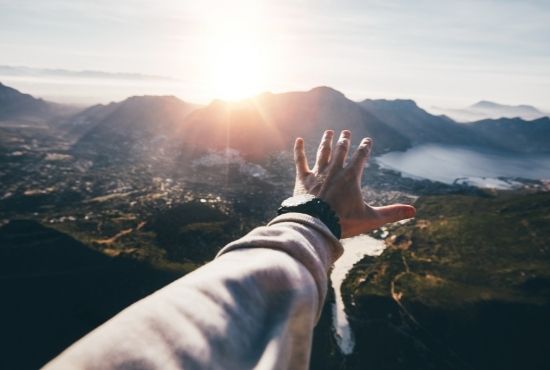 How can one person get into the Kingdom of God?

Alan Mushegan Jr. referenced Matthew 14:7 to emphasize that it is just within our reach. When Jesus said those words to the people, the first thought that He was referring to a physical kingdom. However, what the Lord meant in that passage is not a physical kingdom, but a spiritual Kingdom.

How can one get into it?

The only way into God’s Kingdom is by repenting. Alan then explained that repenting means changing the way we think and aligning our thoughts to God’s will.

When you change the way you think, you can come into God’s ways and receive joy, peace, and righteousness. The Kingdom of God is here, people first witnessed it when Jesus came here on earth. And today, we are still witnessing it by seeing people come out of the darkness into the light by the power of the Holy Spirit.

How To Get Into The Kingdom Of God? | Alan Mushegan Jr.

Read also: CHANGE IS CONSTANT, GROWTH IS A CHOICE