BREAKING
At Least 1 Killed, 22 wounded In Bombing In Jerusalem by “Organized...
United Arab Emirates To Include Holocaust Education In School Criteria
US Group Wants Israel To Become Key Hub For Medical Supplies, Replacing...
Home Faith Saul’s Forfeiture of Kingship: The Idolization of Power, Influence and Authority.

Saul’s Forfeiture of Kingship: The Idolization of Power, Influence and Authority. 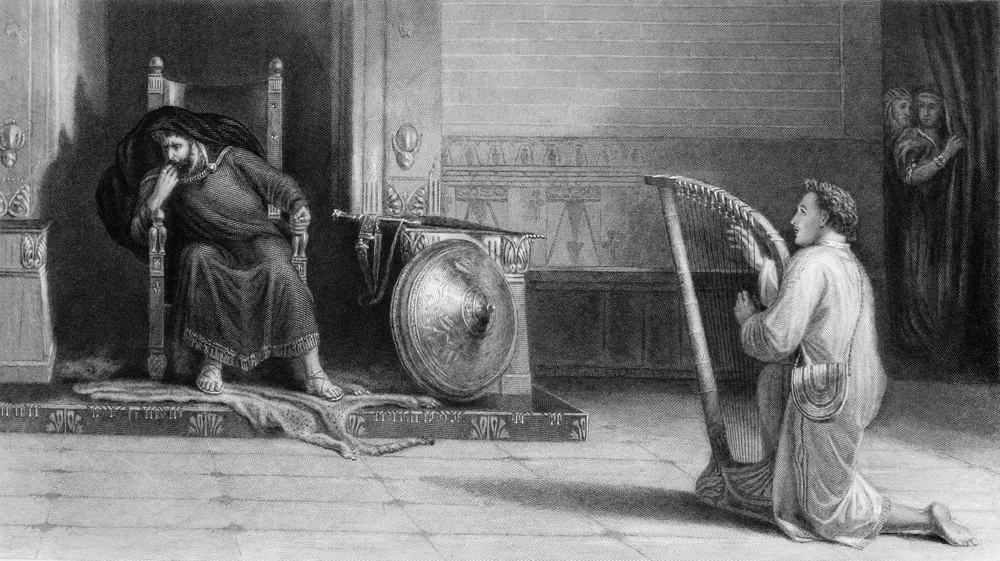 How Saul Forfeited His Kingship

“And Samuel said, Hath the Lord as great delight in burnt offerings and sacrifices, as in obeying the voice of the Lord? Behold, to obey is better than sacrifice, and to hearken than the fat of rams.” ‭‭1 Samuel‬ ‭15:22‬

When God places you in a position of influence and/or authority, He requires that you listen to Him and not to stray away in efforts of fulfilling your selfish ambitions. Seek God for His Counsel, Guidance, Insight, Direction, and Timing, before executing and making decisions. God will take away your kingship, influence, and authority if you consistently disobey Him and set your heart to serve people rather than God Himself. It was God who placed you in authority. He placed you in a position of power and influence to lead, equip, serve, charge and steward His people and to do His Work. Through your kingship (influence and position of authority and power) you have a mandate by God to execute what God commands you to do – just like He says to do it. You are to submit to The King of Kings.

Submission is a reflection of Honor.

How you submit to God reflects your Covenant with Him. Your submission is a direct reflection of your humility and level of maturity. Who do you serve? The Lord who placed you in the position or do you choose to idolize people? It’s your choice. God will check your character by examining the fruit of your heart. Is your heart full of selfish ambition, lust, pride, and envy? Or does your heart reflect God’s Love, Character, Just Judgement, and Wisdom? A heart that’s submitted to God will reflect and produce His Fruit and be established as His set apart king.

Your unrighteous acts and lifestyle will cost you your God-given authority, kingship, and assignment. There is grace but shall we continue to sin… and sin… that God’s Grace may abound? God forbid. Saul’s kingdom, kingship, and anointing were stripped because of the condition of his heart. His heart was the root of his stubborn actions. If God can’t lead your heart, He can’t trust you with His Kingdom. Saul’s forfeited kingdom was as a result of His faulty character. Check your character. God wants you to submit to Him over launching that “new idea”. Saul forfeited his kingdom, by partially obeying God’s Voice, Instruction, and Command. The Bible states in Proverbs‬ ‭16:3‬ to “Commit thy works unto the Lord, and thy thoughts shall be established.” Present your plans, including your business or ministry before the Lord and He’ll give you the green light on when to or IF to proceed.

The Man of God told the king that, “The Lord hath rent the kingdom of Israel from his hand and hath given it to a neighbour of thine, that is better than thou.” A new generation is rising up who are taking the place of those who forfeited their kingdom through stubbornness. Saul forfeited his kingship because he thought his way was better than what God had mandated. Therefore, his mantle was rent from him.

Kingship lesson: Don’t allow stubbornness and pride fault you out of kingship. A haughty heart sets you up for forfeiture.

Repent. Turn. Do what God says, how He says it and when He says to do it. Don’t be like Saul, a forfeited king waiting for his replacement. Whether you’re in business, media, government or in ministry your leadership mantle, authority and kinship were established and given to you by God. Choose to serve Him with all of your heart, mind, and soul.

“And if it seem evil unto you to serve the Lord, choose you this day whom ye will serve; whether the gods which your fathers served that were on the other side of the flood, or the gods of the Amorites, in whose land ye dwell: but as for me and my house, we will serve the Lord.” ‭‭Joshua‬ ‭24:15‬

Vance K. Jackson Jr. is a graduate of the University of Michigan - Ann Arbor holding both Masters (MSW) and Bachelors Degrees. With Global Leadership Development experience for a major Fortune 100 Financial Institution, he serves as Board Member for several Not For Profit organizations throughout Michigan and a mentor to many throughout the Corporate Arena, Faith Community and across the globe. A man after God's own Heart. A fisher of men. He frequently speaks, writes, ministers and leads Bible Studies on various topics ranging from Marriage, Faith, Family, Business, Stewardship, Emotional Healing and Leadership. He serves faithfully on the leadership team of Word of Life Christian Ministries in Downtown Detroit, MI as an Assistant Pastor, along with his beautiful wife, Assistant Pastor Nina Jackson.