Kirk Cameron Talks About Faith In God Amidst Success & Fame 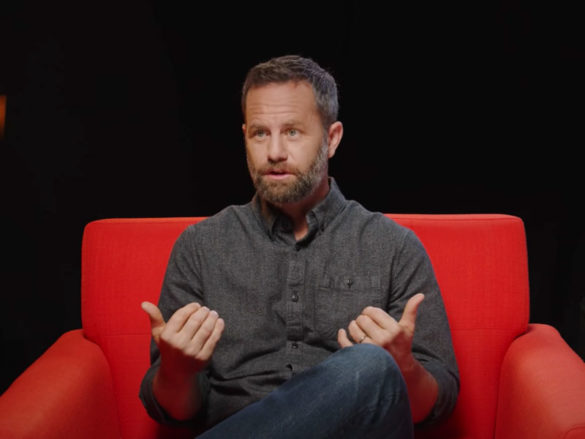 Actor Kirk Cameron opens up his journey in finding Christ amidst fame and glamor in Hollywood and says, “I want to use my platform … to advance the good.”

Kirk began his acting career at 14-years-old. Hence, he was thrust into the Hollywood scene at an early age, landing a leading role that became one of the most prolific sitcoms of the 1980s. And in the recent PragerU series “Stories of Us” episode, the actor explained his journey. 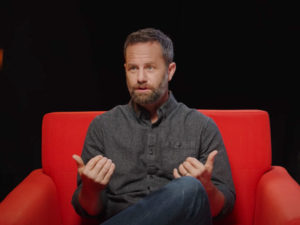 Apparently, he didn’t become a Christian until he entered the entertainment industry. He was an atheist until he accepted Christ at 17-years-old. Also, Kirk shared one moment when he pondered about the afterlife amid success and fame.

“I knew that if there was a heaven, I wouldn’t be going there,” he said. Because he noted how he lived life back then with a “self-centered, conceited, ‘I’m all that,’ ‘I’m the G.O.A.T.’, celebrity Mike Seaver guy” mentality.

Praying For The First Time

But it was at that point; he decided to pray for the first time. He asked God, “If you’re there, would you please show me. … Would you forgive me for all the wrong things I’ve done and make me the person that You want me to be.”

In addition, the now 51-year-old star also shared a quote he learned from his daughter. His daughter wrote on a piece of paper: “It’s the same boiling water that softens potatoes that hardens eggs. It just depends on what you’re made of.”

“So the same difficult challenges and influences of Hollywood that turns some people sour and makes them narcissistic and bitter and joyless and afraid to not fit in,” Kirk explained. “Is the same pressure that actually softened my heart and caused me to embrace gratitude and be thankful for the life that I have. And want to use a platform and this Hollywood industry to advance the good.”

Then he added, “I really think it’s what you’re made of. And if you don’t know what you’re made of, don’t look to your environment or your industry, or other people to give you an identity. There was somebody who made you — ask Him. And you can be sure that the ending of the story is gonna be fantastic.”

Grateful For His Wife

Furthermore, Kirk is truly grateful for his wife. He said how his nephew often asks him if he “took advantage” and “didn’t waste” the opportunities he had to go out with so many different girls at the height of his sitcom fame. And he told him how he “found something so much better.”

“I found a girl,” the actor said. “She’s beautiful on the inside; she’s beautiful on the outside. I married her and we’ve been married for 30 years. You have no idea how much more valuable that is. I’ve got six grown children who love God and still ask me my opinions about things, who still love to come home and be with me and my wife. And I’m on PragerU’s ‘Stories of Us.’ I mean, the story doesn’t really end much better than this.”

Stories of Us: Kirk Cameron