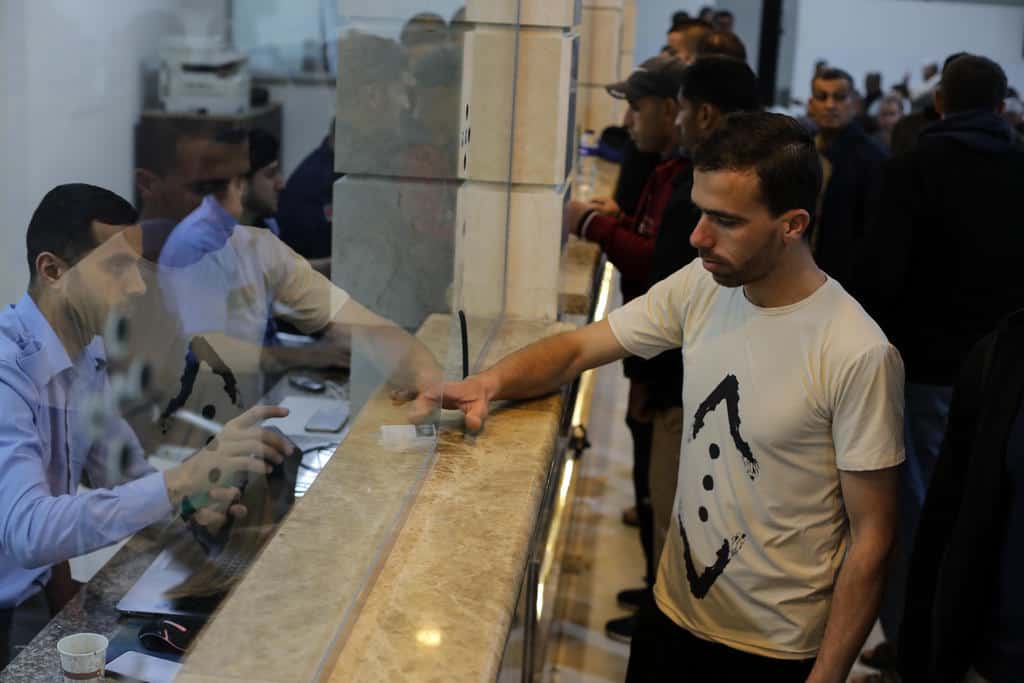 The Knesset’s Foreign Affairs and Defense Committee held a session on Wednesday on the topic of “Trade in Israeli entry permits of Palestinian workers.

Arabs from the Palestinian Authority (PA) seeking to work in Israel require work permits, an essential commodity that is exploited by corrupt employers in the PA and PA officials who sell the permits for a high fee. Israel has attempted to change the system to minimize the phenomenon but with little success.

Member of Knesset Osama Saadi, one of the discussion initiators, presented his motion and said that 50% of Arab workers from the PA working in Israel do so through employers who are not listed as such in the permits issued to the workers.

“A high percentage of the workers are forced to pay NIS 2,500 to an intermediary for an entry permit, despite the supposed direct interaction between the workers and employers,” he said.

When a work accident occurs, “an ordeal begins to find out who the actual employer is – for receiving compensation and issuing a court ruling. Many years pass before the payment reaches the widow and the beneficiaries,” Saadi said, suggesting that the state receive orderly lists of workers from the PA and approve these lists in advance.

Population and Immigration Authority Director Tomer Moskowitz said that “The current system can be improved, and another option is granting individual universal entry permits to Israel that are not connected to a specific employer, kind of like a ‘green card.’ Another possibility is to regulate the brokerage by founding brokerage corporations for the ​various sectors of the economy, with an emphasis on the construction industry, which is probably the most relevant.”

Col. Elad Goren, Head of the Civil Department of the Coordinator of Government Activities in the Territories (COGAT) in the IDF, said that their job is to create a space for direct interaction between the Israeli employer and the Palestinian worker. The unit launched a website that allows for direct contact between interested employers and interested workers. Tens of thousands of workers have used the website.

In addition, there is an application through which workers from the PA can create direct contact, including with COGAT, and can also present questions to potential employers.

Goren said that due to the high demand for workers, the number of entry permits issued has increased in order to lower the incentive to use middlemen and to reduce the number of Arabs from the PA who enter Israel illegally.

COGAT, he said, has held 35 hearings for employers with a high volume of permits who were suspected of using middlemen. Some of these employers lost the right to request permits for Palestinian workers.

Committee Chair MK Ram Ben Barak stated that “the arrival of Palestinians to work in Israel is both an Israeli and Palestinian interest, and they will be paid the full amount they are due. This will encourage and enlarge the Palestinian economy, as well as the Israeli economy.”

Israel has added 20,000 entry permits, and “all the elements involved should formulate a comprehensive plan for resolving the problem,” and called to “organize the system so that it will encourage Palestinian workers to use the application, without paying fees.”

All the employers in Israel, he stated, “must understand that levying a fee on Palestinian workers is an offense.”