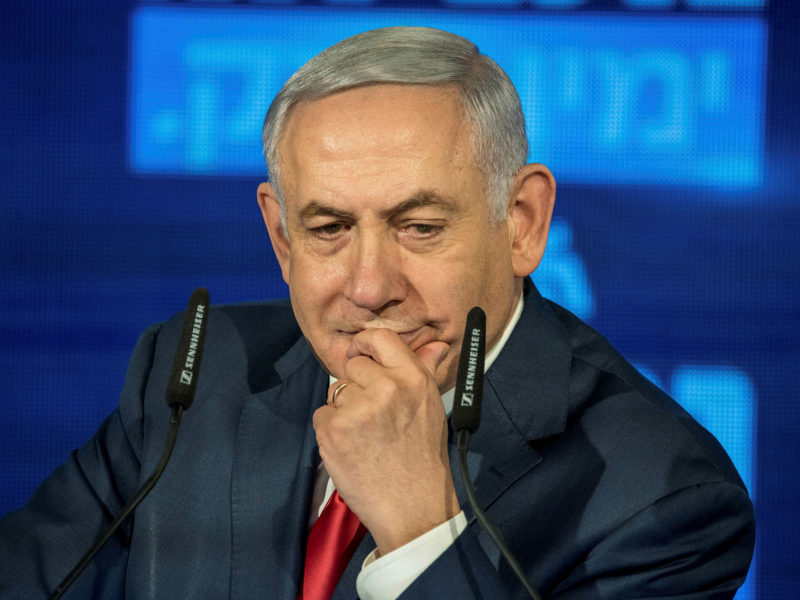 The Knesset on Wednesday night approved a proposal to disperse the 21st Knesset and hold general elections on September 17.

A majority of 74 Members of Knesset voted in favor of the bill, 45 voted against, and one was absent.

Israel is heading to elections again after Prime Minister Benjamin Netanyahu and his Likud party have failed to put together a viable coalition.

After receiving a two-week extension from President Reuven Rivlin, Netanyahu missed the deadline on Wednesday by which he had to put together his government.

MK Avigdor Liberman and his Yisrael Beiteinu party demanded the passage of a law pertaining to the draft of the Ultra-Orthodox community into the IDF.

The Ultra-Orthodox Shas and United Torah Judaism parties made concessions regarding the draft law but were unwilling to adopt the formula that Liberman demanded.

Facing a political crisis, the Likud party called for the dissolving of the 21st Knesset, which was sworn in just four weeks ago.

Netanyahu spoke after the vote and accused Liberman of joining the left.

“The public chose me to lead the State of Israel, and 60 out of 65 Knesset members did exactly what they promised to do. Only one party did the exact opposite. Liberman tricked his voters and did exactly the opposite of what he promised,” Netanyahu stated.

“Liberman did not intend to reach agreements, and only wanted to topple the government,” he charged. “Liberman is now part of the left – Liberman brings down right-wing governments. No one will believe him anymore. Liberman wants more than five Knesset seats, so he is taking the country to elections because of a fraudulent depiction of the situation. We will conduct a sharp and clear election campaign in which we will win again. ”

The latest polls project that Netanyahu will win the elections again. However, the makeup of the Knesset may change significantly. Several parties missed passing the voting threshold by a few thousand votes, or barely made it passed the threshold, so a small fluctuation in the voting pattern can significantly change the make-up of the 22nd Knesset.

The right wing is projected to enlarge its control of the Knesset.

For just $100 per month you can bring the gospel to 10,000 homes. Join us as media missionaries! GIVE NOW
VIEW COMMENTS
« 7 Reasons Why Israel Is Headed For New Elections Christian TV Channels – The Progression Of Christian Television »