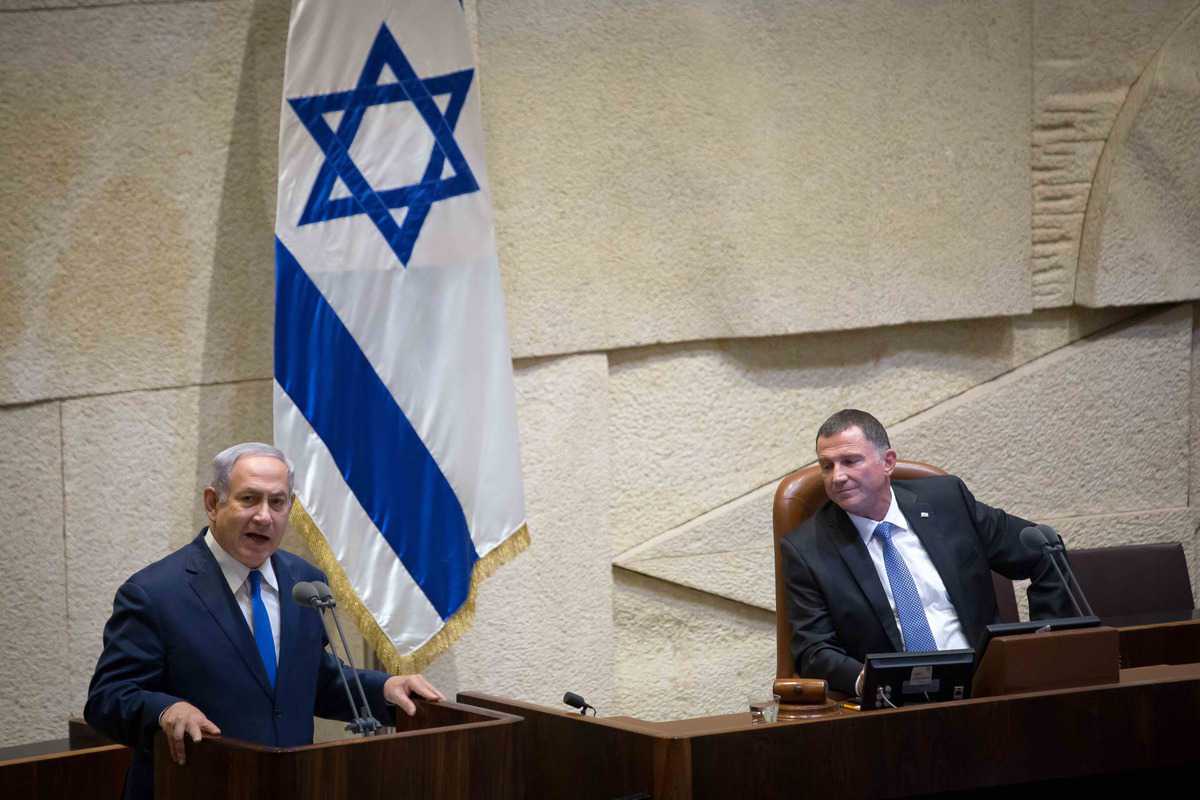 The Nation State Law passed in a second and third reading on the Knesset floor on Wednesday night legislating Israel’s standing as a Jewish state into law by a majority of 62 to 55.

“In recent years, there are those who have tried to undermine Israel’s standing as a Jewish state. Today, we legislated it into law. This is our nationality, this is our anthem, this is our flag. Long live the State of Israel,” Prime Minister Benjamin Netanyahu said after the vote.

While Netanyahu added that the legislation sets in law “the fundamental principle of our existence – Israel is the Nation State of the Jewish people, which respects the individual rights of all its citizens,” the bill has been surrounded by controversy over wording of a clause that defines the State’s right to establish Jewish-only communities and its definition of Hebrew as the only official state language, stripping Arabic of its de facto status, while ultra-Orthodox MKs have criticized the bill for failing to adequately define the role of Judaism in the State.

“There are those who have tried to undermine Israel’s standing as a Jewish state. Today, we legislated it into law. This is our nationality, anthem and flag. Long live the State of Israel.”

Arab Members of Knesset shouted in protest and tore up the proposal, before forcibly being removed from the chamber. MK Ahmad Tibi said that the law’s passing was “the end of the democracy,” and an “official start to fascism and apartheid.”

Last week, in a letter addressed to Prime Minister Netanyahu, Knesset Speaker Yuli Edelstein, and the members of the committee promoting the bill, President Reuven Rivlin pleaded that they not include a clause that would “authorise a community composed of people having the same faith and nationality to maintain the exclusive character of that community,” which the President said may allow for racial discrimination.

“I ask that we look inward, into Israeli society,” Rivlin wrote, “are we willing to give a hand to discrimination based on ethnicity in the name of the Zionist vision? The proposed wording allows each community to establish a community without Mizrahim (Sephardic Jews), Haredim, Druse or homosexuals. Is that the meaning of the Zionist vision?”

The language was eventually changed to “the State views the development of Jewish settlement as a national value, and will act to encourage and promote its establishment and consolidation” without any mention of areas designated for Jewish settlement.

Ultra-Orthodox parties also opposed the bill with MK Yisrael Eichler (United Torah Judaism) warning that the proposed legislation “transfers the debate on matters of religion and state from the Knesset to the High Court of Justice,” however they eventually supported the vote after the wording was changed to include the Sabbath and Jewish holidays as official rest days.

Bedouins Riot in the Negev Over Tree-plantings in...