written by The Israel Insider September 9, 2020 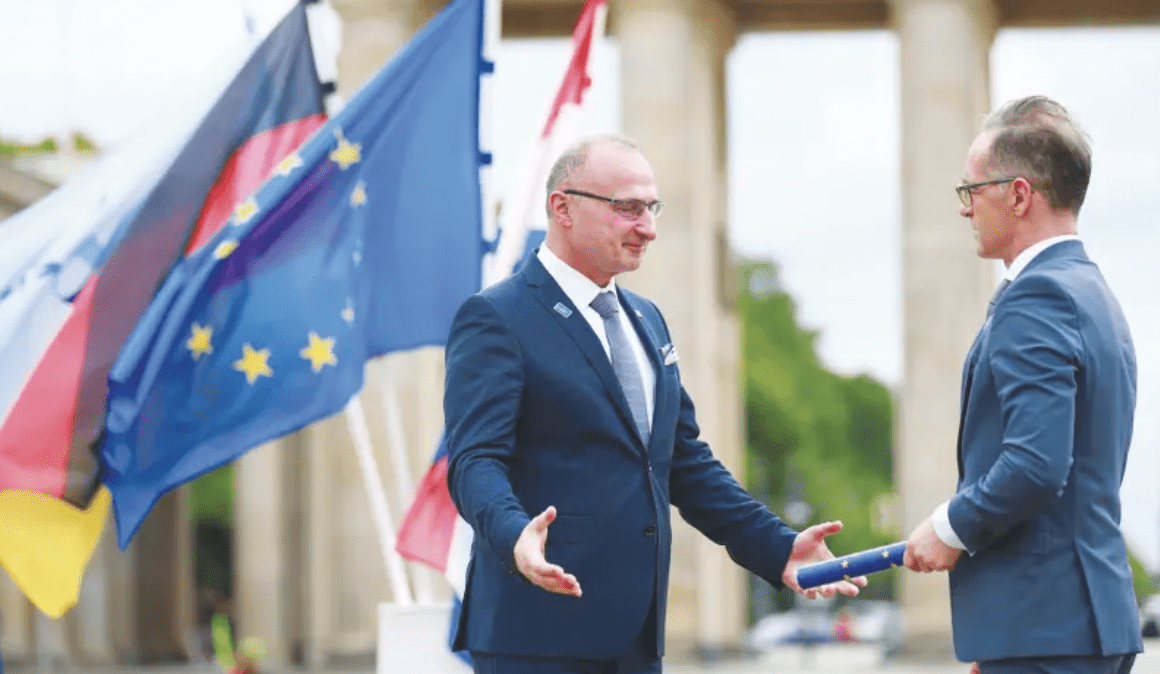 Knesset Speaker Yariv Levin met on Monday in Jerusalem with Croatian Minister of Foreign Affairs Gordan Grlić-Radman and called on his country to relocate its embassy from Tel Aviv to Jerusalem.

This is Grlić-Radman’s first visit to Israel and comes a few days after marking the 23rd anniversary of the establishment of diplomatic relations between the two countries.

Levin thanked Grlić-Radman for the visit and “for Croatia’s policy towards Israel,” and expressed his appreciation “for the strengthening of the relations between the two countries.”

During the meeting, Levin urged Grlić-Radman to work towards relocating the Croatian Embassy to Jerusalem.

Levin further called to resume the sanctions against Iran “with full force to halt the advancement of the Islamic Republic’s nuclear program and stop its terror activity around the world.”

Netanyahu welcomed Grlić-Radman in “the spirit of the growing friendship between Croatia and Israel.”

“Corona has impeded the flow of Israelis that were going to Croatia but I’m sure that we will overcome both and we expect to see many Croatians in Israel and to continue our cooperation,” he noted.

“Croatia remains firmly committed to strengthening Israel and Croatia’s relations and cooperation opportunities. I am glad to reiterate our dedication to strong friendship and partnership with Netanyahu in Jerusalem,” said Grlić-Radman.