Knesset Speaker to Mayors from Around the World: Fight Terrorism, Not Israel | God TV
News 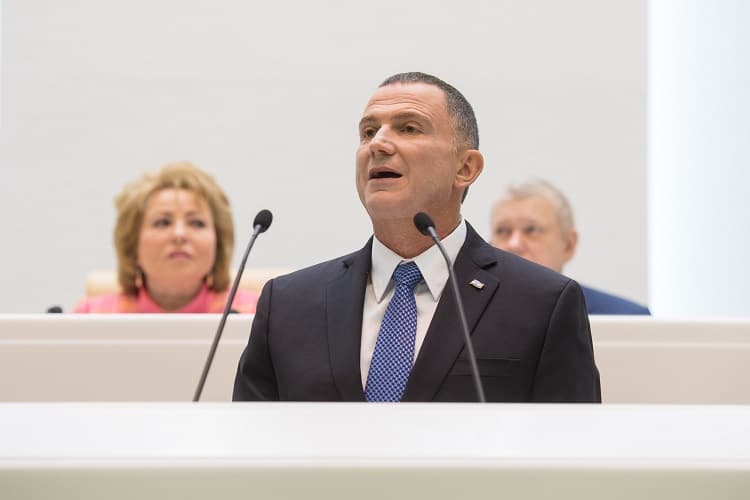 Knesset Speaker Yuli Edelstein told mayors from around the world visiting in Israel that “no city is immune to terror attacks” and therefore a joint global response is required to ensure everyone’s safety.

Speaking on Wednesday at the MUNI EXPO innovation fair, the annual event of the Federation of Local Authorities in Israel, Edelstein warned that “no city is immune to terror attacks. We’ve witnessed this in Boston, Nice, Paris and dozens of other cities. Behind every terror attacks stands a terror organization – if it doesn’t finance [attacks), it inspires them.”
“We can overcome terror only if we do what they do – unite around a single cause – the eradication of terror worldwide,” Edelstein stated.

However, instead of uniting in the battle terrorism, cities were battling Israel, he charged. “In the meantime, unfortunately, there are local authorities around the world which cooperate with BDS and decide to boycott Israel.”

“During its 70 years of existence, Israel has been leading the struggle against terror organizations and has been fighting them on a daily basis,” Edelstein told the visiting mayors.

“For 70 years, we have been following our North Star – democratic values. Before every decision, legislation or regulation that is aimed at eradicating terror, we hold difficult and charged debates in the Knesset to make certain that we do not harm innocent civilians in the fight against terrorists. It is not always simple, but this is our compass,” he underscored.

He concluded by calling on the mayors to join Israel “in the uncompromising fight against terror, and together we will triumph.”

For just $10 per month you can bring the gospel to 1,000 homes. Join us as media missionaries! GIVE NOW
VIEW COMMENTS
« Terrorism in February: 1 Murder, 146 Rock Attacks, 65 Fire Bombs 2 IDF Soldiers Wounded in Car Ramming Attack »