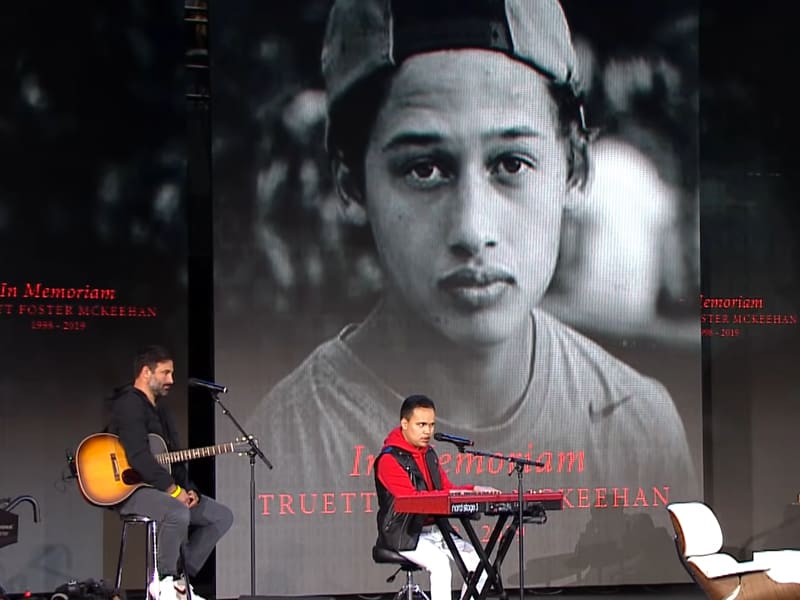 In memory of Truett Foster

At Liberty University’s Convocation meeting, they commemorated Truett Foster, the late son of the University’s Alumnus Toby McKeehan. Truett was an aspiring musician and rapper who died on October 23. He was just 21. 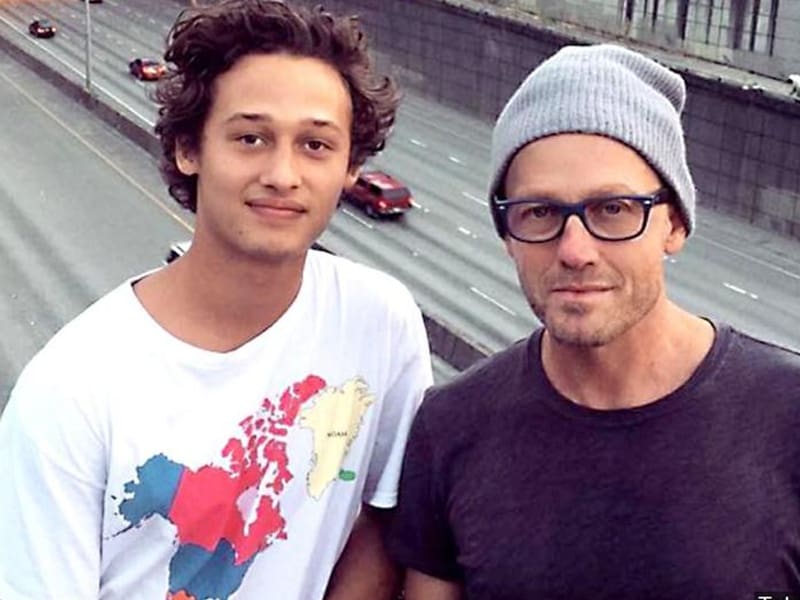 To honor the late artist, Liberty University and Kodi Lee worked together to finish and perform the unfinished song written by Truett. Kodi Lee won the recent season of “America’s Got Talent.”

“I was just texting Toby yesterday, and it dawned on me that one of the songs—the last time he was here at Convocation—that he had allowed me and Kevin to listen to on the back deck of my house at lunch, was a song that his son as an artist was beginning to develop and work,” David said to the audience. “And so literally this morning, just in honor and in memory of Truett, I asked Sal if he would let Kodi and him listen to it just for a few minutes. I kid you not—they listened to it [and] in about two minutes, they began to just compose something.”

“I Can Only Imagine”

After the moving performance, Kodi Lee then sang MercyMe’s “I Can Only Imagine” and everyone was in tears.

“So if Amanda [and] Toby, if you’re watching, your Liberty family is with you. We’re praying for you. We mourn for you. But here’s the good news in all of this tragedy. We know that this is not an ultimate goodbye. We know that Truett belongs to the Lord, and that he’s ultimately healed and he’s in heaven,” David added.