BREAKING
Lay Aside The Old Self
Ben And Jerry’s Staying In Israel, But Founders Aren’t Doing The “Chunky...
Israel Has a New Prime Minister
STAND WITH UKRAINE
Home Articles Lamar Jackson, The NFL’s Newest MVP Candidate, Is A “Man Of God” 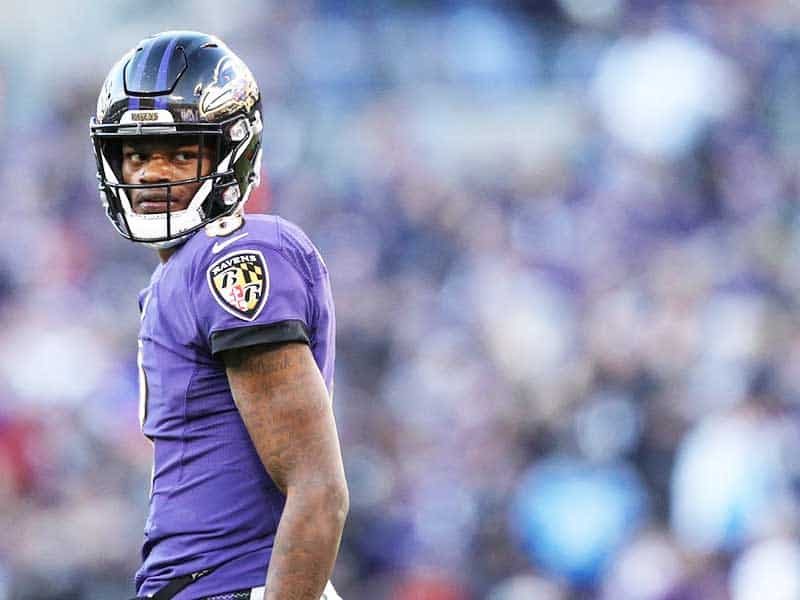 The NFL game crowd at M&T Bank Stadium last night was blown away with the results of the game. The New England Patriots’ perfect 8-0 record ended against Baltimore Ravens. The Ravens won with a score of 37-20. And all eyes were on Lamar Jackson, the newest MVP who slayed it in the game.

It was the 22-year-old quarterback Lamar Jackson, who led the Ravens to a field goal. According to CBS Sports, he “had completed 17 of 23 passes for 163 yards and a touchdown, and also carried 14 times for 62 yards and two additional scores.”

Moreover, after the game was concluded, Tom Brady congratulated him on his stellar performance. Lamar grew up watching Tom Brady. It must have been an amazing moment for him!

In an interview with NBC Sports the day before the game, Lamar explained he’s still out to prove his doubters wrong. His fans are behind him. Lamar is known for his humility and has effortlessly gained the respect of thousands of supporters.

One fan commented on the video, “Humility, respect, hardworking, always grinding to get better. Just what the league needs!”

Lamar’s Twitter posts reveal the reason behind his humble nature: His faith in God.

He tweeted on December of 2018, “I Promise God will Take you places you’ve never been” with a hashtag KeepyourloyaltywiththeLord”. It seems like he knows God was up to something and he trusted Him.

According to a report in Baltimore Ravens News, Lamar said he fears God above all.

No wonder God is lifting him up today. His humility before God truly speaks in his life, on the field and off.

People speculate that Lamar could be the greatest quarterback in NFL history. God is definitely blessing his career. More than the title and the fame, he aims for God’s glory to be seen. Greater things are yet ahead of Lamar Jackson, all for His Name!