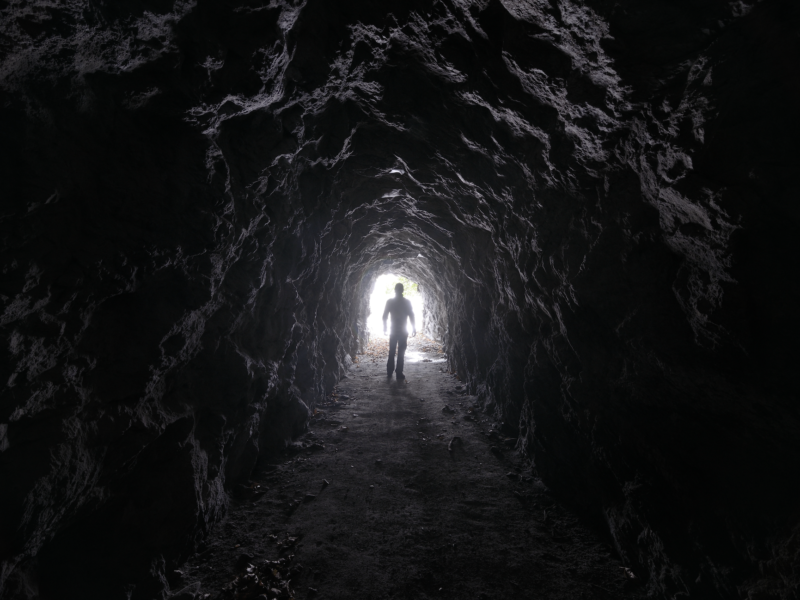 Despair: What Is It?

The Greek word used for despair is exaporeō (see 2 Corinthians 4:8). It means to be utterly at a loss, and destitute of measures or resources. It characterizes a person who has renounced all hope and cannot perceive any escape from their circumstances.

Despair also paints the picture of someone immensely frustrated because of a lack of positive changes. Ultimately, it results in the birth of an entirely negative mindset.

OCD and despair work together. Incessant intrusive thoughts force one to take actions, even if irrational, to appease the anxiety. At first, it works fine. The compulsions decrease the pressure inside, allowing life to continue.

Soon, however, a transformation occurs unaware, and control is lost, brutally ripping out hope. As the compulsions take over, despair makes its home inside the heart.

It takes the creative light of the Father to conceive new emotions and thoughts. God can quicken the dead and call those things that are not as though they were, bringing life (Romans 4:17). That’s what He did with Gideon, and what He has set out to do for you.

Gideon: The Man Who Thought God Abandoned Him

Judges 6. The hand of Midian prevailed against Israel, forcing them to take refuge in the caves and to make dens in the mountains (Judges 6:2). Israel’s sins brought punishment and allowed the enemy to have a stronghold in their territory.

The Midianites purposed to destroy Israel, plundering the land in the time of harvest and whenever the Israelites sowed. Much like the birds from the wayside soil, they left nothing in sight. Israel remained feeble, impoverished, and oppressed. Finally, they cried out to God, who quickly responded.

God sent His Messenger, who sat under the oak tree that belonged to Joash the Abiezrite. Nearby and hiding in the winepress, threshing wheat, Gideon, the son of Joash, had no idea that the messenger waited for him.

He made Himself known, proclaiming to Gideon: “Yahweh, the Eternal, is with you, o mighty man of valor and courage.” (Judges 6:12).

Because of the oppression he experienced, Gideon couldn’t understand the words. So, he questioned the messenger. “Where is God and all the miracles we’ve heard about from our fathers? No, He has cast us off and forsaken us.”

Have I not Sent You?

The beauty of Gideon’s story is God’s patience and lovingkindness toward him.

He looked at him and reaffirmed His words: Go in this thy might, and thou shalt save Israel from the hand of the Midianites: have not I sent thee?”

Again, the Lord (the messenger) speaks life to the bewildered Gideon: “Surely, I will be with thee, and thou shalt smite the Midianites as one man.”

Only the beginning of Gideon’s transformation, that night, the Lord instructed him to get rid of the idol of his father’s house and make an altar and sacrifice to God.

It’s Time to Cast Down the Idols

In the middle of all the sin, evil, disobedience, and witchcraft of the people, God had mercy. The signs of new life and a way-out compelled Gideon to leave behind the darkness he clung to for hope.

Although he required many words of comfort and reaffirmation, Gideon realized that the change had already started. The dark clouds began to clear as the voice of the Lord Jesus broke through.

The Waymaker came, and He required trust and obedience. Becoming the identity God spoke forth, required the relinquishing of sin. Gideon couldn’t have any other gods before the Lord (Exodus 20: 1-5).

Leave the Despair Behind– Freedom is at the Door

If, like Gideon, you’re wondering how to begin the journey to freedom, start with repentance.  The God of Israel is a jealous God (Deuteronomy 4:24). He will share you with no other. Because you are His, He has promised to never leave you or forsake you (Deuteronomy 31:6).

In the midnight hour of this chapter of your life, He is with you because His love knows no conditions. Where the blood of Jesus is applied, the oil of the Holy Spirit can go (Leviticus 14: 28; Ephesians 1:17).

After a few more lines in this section, you’ll notice the Holy Spirit building your faith. In the next chapter, God will thrust out the enemy from before you and destroy them; they will be found liars to you, and you’ll tread on their high places (Deuteronomy 33:26-29).

Therefore go in this thy might, the Lord is with you. Leave the cave and cast down the idols.

For just $100 per month you can bring the gospel to 10,000 homes. Join us as media missionaries! GIVE NOW
VIEW COMMENTS
« History Reveals That GOD Can STOP The CORONAVIRUS Through PRAYER! Be Encouraged, God Is Working During COVID-19 »