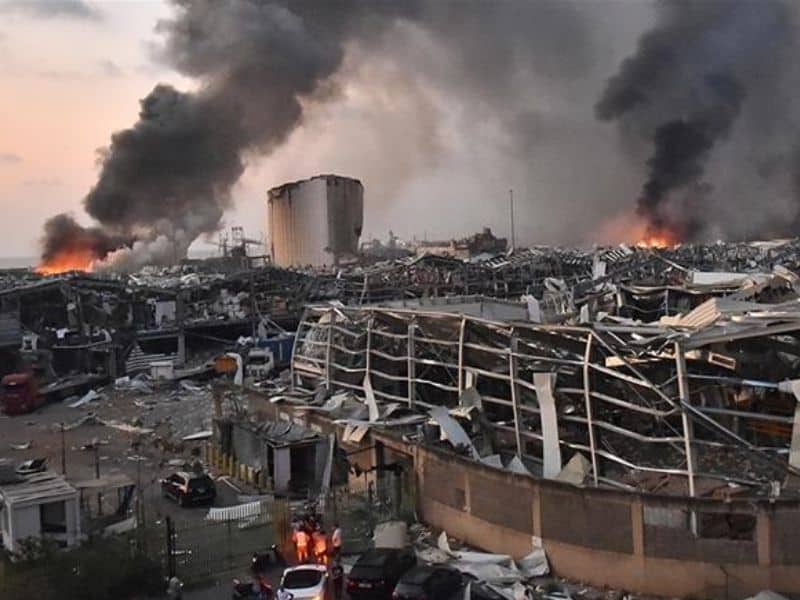 A Lebanese pastor thanked God for the miracle that saved the whole church. If it wasn’t for the miracle, over 5,000 more casualties would have been recorded in the explosion.

Said Deeb pastors at Life Center in Beirut. Bibliatodo News reported that their church building is a 20-minute drive away from the explosion site.

Pastor Said explained that there are 34 members and 240 children every day in their church. They minister to children with their children’s club and reach out to refugees. However, on that day, he felt the need to send everyone home early. He revealed he was worried over the risk of COVID-19. But little did he know, it was far more than the virus.

Woman Credits Divine Intervention Led Her To Save Newborn Baby

“I thank God no one was here because if it would be anyone here they would be dead because the windows flew from the side, from one wall to another wall, and took everything in between – the curtains, the air conditioning, the tables, the computers, the televisions,” he said.

The pastor posted to Facebook the images of the aftermath in their church. “The church [is] without curtains, without windows, without doors. The cameras fell down, broke the TV screens – some of them still working – four or five big screens broke,” he shared.

“The apartment of the church is without gates, without windows. You see holes in the wall, big holes but no metal, no aluminum, nothing. All the frames were removed.”

God is our Protector

Despite the damages done to the church, Pastor Said praised God for the protection and no one was injured among the members.

Meanwhile, the National Evangelical Church of Beirut also thanks God for their safety. The church is just a 30-minute walk from the explosion. They wrote, “We thank the Lord that the members of our congregation have not been physically harmed by the explosion, and, as we continue our tradition of rebuilding after disaster, we pray for those who have lost their loved ones, their homes, and their possessions.”