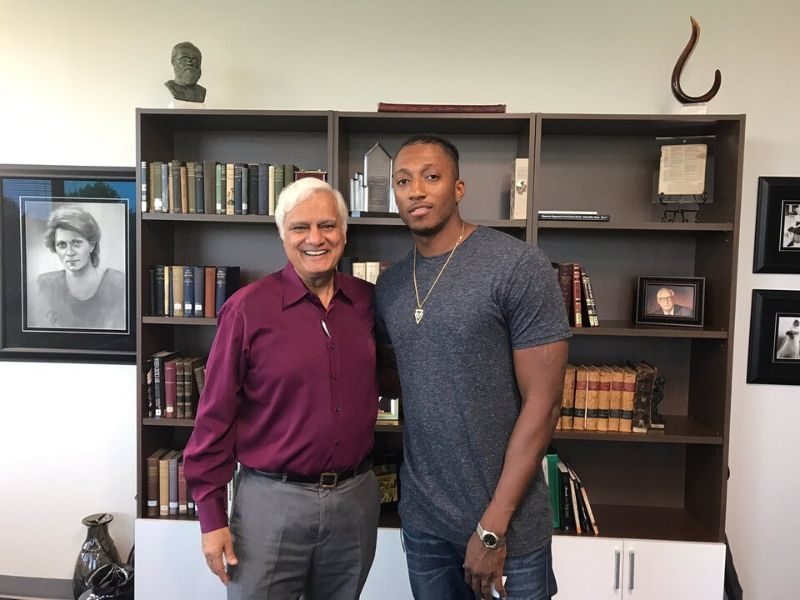 More and more are people joining the #ThankYouRavi movement. It is an initiative that was started by Tim Tebow, Louie Giglio and Lecrae to honor Ravi Zacharias and his contribution to Christianity. Accordingly, Lecrae shared on his social media how the Christian apologist answered some of Lecrae’s questions in faith and life.

“What in the world ties a black kid from hip hop culture to a scholar from Delhi, India?”, Lecrae started his message jokingly. “I used to find myself on tour rapping in front of thousands of people, leaving stage and coming back to my tour bus devouring his videos and lectures,” the Grammy Award winner revealed.

He admitted that he was an atheist and skeptic before. Even after receiving Christ, the rapper went through struggles and depression that nearly make him step away from faith. But “grace kept me”, he stated.

For that reason, he would listen to Ravi’s lectures so that he can share it with his peers in the culture who have questions like “Why is there evil in the world?” and “Where is God in the midst of suffering ad injustice?”

“Because of #RaviZacharias, I had answers to hard questions. Who would’ve thought a tour bus full of young rappin city kids would go in between watching Hip Hop award show to theological debates and lectures,” he said.

“I just want to give this man his roses while he’s still here. I know God is likely taking him home soon, but I’m glad he was here during my lifetime.”

Lecrae Devaugh Moore has been producing music since 2004. He rose to success in 2008 with his album Rebel. In 2017, he declared that he did not want to be labeled as ‘Christian rapper’ but simply an artist. “I’m not a gospel rapper, I’m not a holy roller. I’m what happens when Hip Hop meets the writings of Moses.”

For just $100 per month you can bring the gospel to 10,000 homes. Join us as media missionaries! GIVE NOW
VIEW COMMENTS
« Presence 2020 Online Naomi Zacharias Honors Her Father Ravi Zacharias In A Heart-felt Instagram Post »